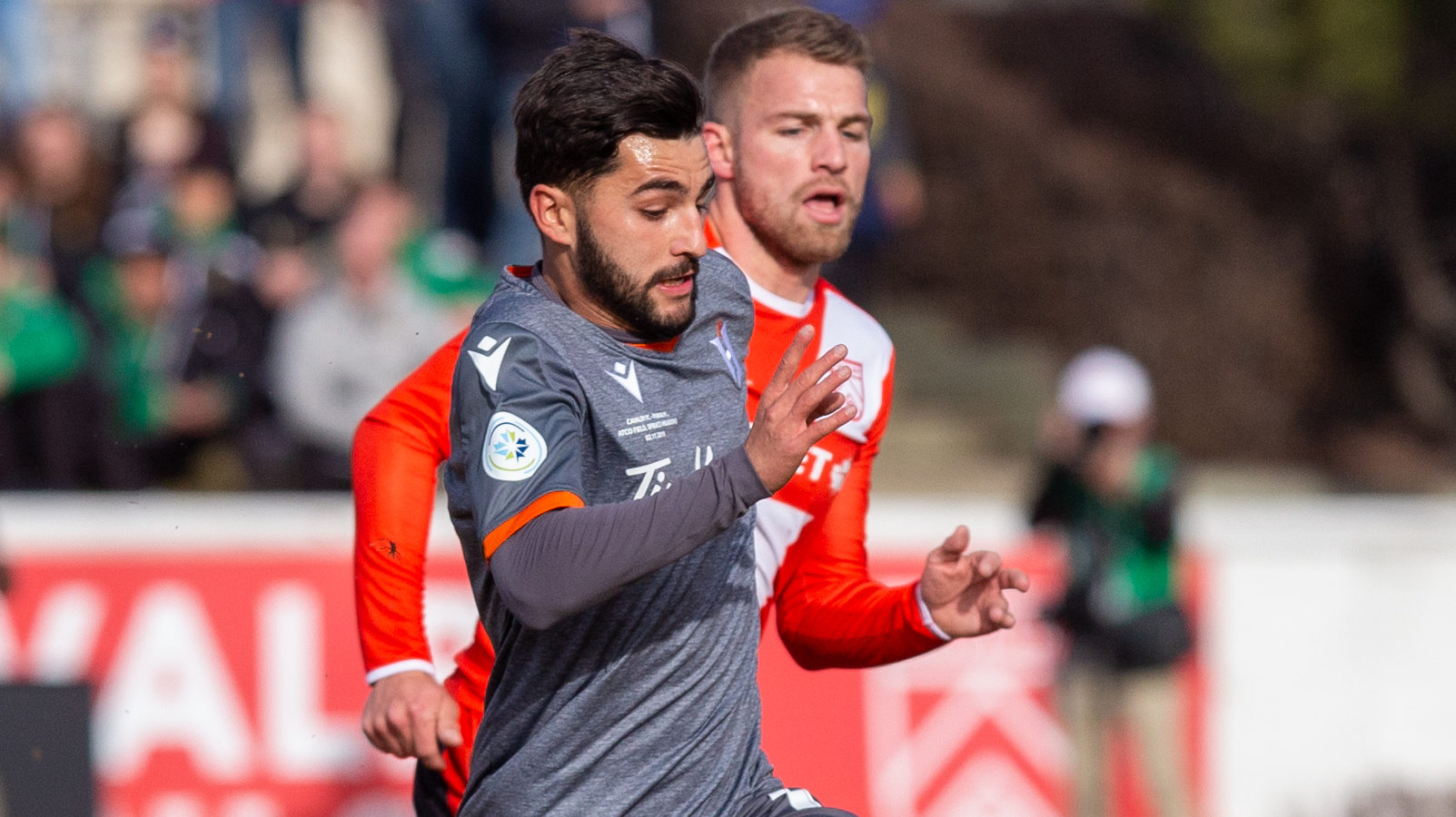 Tristan Borges is unquestionably the man of the hour in the Canadian Premier League.

Fresh off winning the CPL Championship, the Forge FC star collected a hat trick of hardware at the league’s awards ceremony in Toronto this week, claiming the Player of the Year and Best Canadian Under-21 Player honours, to go along with the Golden Boot.

After toiling in relative obscurity, Borges, a 21-year-old native of Toronto, signed his first pro contract with Forge in January and quickly announced himself to the Canadian soccer community with a breakout CPL season in 2019.

Borges scored a league-high 13 goals (including the winner in Leg 1 of Finals 2019) and tallied five assists to finish among the leaders in that category, while also winning plaudits for his dynamic attacking style and the strength of his overall game.

Borges, who previously played in the Netherlands from 2016-18 for SC Heerenveen’s under-21 team, made the most of the opportunity that the CPL gave him this year, using the platform to take a major step in his career development.

No doubt that Borges’ stellar form this year caught the attention of clubs in other leagues, which raises the issue of whether he’ll be back for Forge next year.

The question about his future was put directly to Borges during Tuesday’s awards ceremony – a question he was coy in answering.

When pressed as to what would it would take for him to move on – whether it’s more money or bigger opportunities – Borges again deflected, choosing to focus on Forge’s recent CPL Championship victory

“Those are questions that can’t be answered right now. … It’s been a couple weeks. I’m still celebrating the win. It was a long season, a lot of games. To win with a team like this, it was amazing. I’m still recovering off of that,” Borges stated.

In the aftermath of Forge’s 1-0 road win over Cavalry FC in Leg 2 of Finals 2019, Forge coach Bobby Smyrniotis was asked whether Borges had just played his last match for the club.

“It’s a great question. The world of football is beautiful. It’s beautiful from many aspects, and we’re a league that wants to see its stars rise, and we’ve seen that in Tristan Borges,” Smyrniotis said in the post-game press conference.

Borges was a workhorse for Forge this season, accumulating 2,459 minutes of action across all competitions, and playing with a level of maturity that bellied his age and inexperience.

Forge wasn’t hurting for veteran leadership, and yet it was Borges who emerged as an important team leader, playing a pivotal role in the Hamilton club’s two-legged win over Cavalry in Finals 2019.

“The stuff a lot of people miss is how mature he is off the field. We asked him to step into a captain’s role – he was part of that captain unit. The kid shined,” Forge captain Kyle Bekker told CanPL.ca.

“You know he’s young but he’s just so mature. He bought in from day in. He works his ass off.”

More than any other player, Borges was the ultimate difference-maker for his club in 2019. No player meant more to his team in 2019 than Borges, who beat out Bekker and Cavalry FC striker Dominique Malonga for MVP honours.

“It’s amazing. Amazing. To win these awards after (Forge) winning the championship, it’s amazing for myself. But I give all the credit to my teammates. It was a great year from all of us, (my teammates) put me into great positions to score goals, to play good. … This is a good spot for me to be in right now,” Borges said.

Borges added that the CPL had surpassed expectations in its first year, and was thankful for the chance the league gave him in 2019.