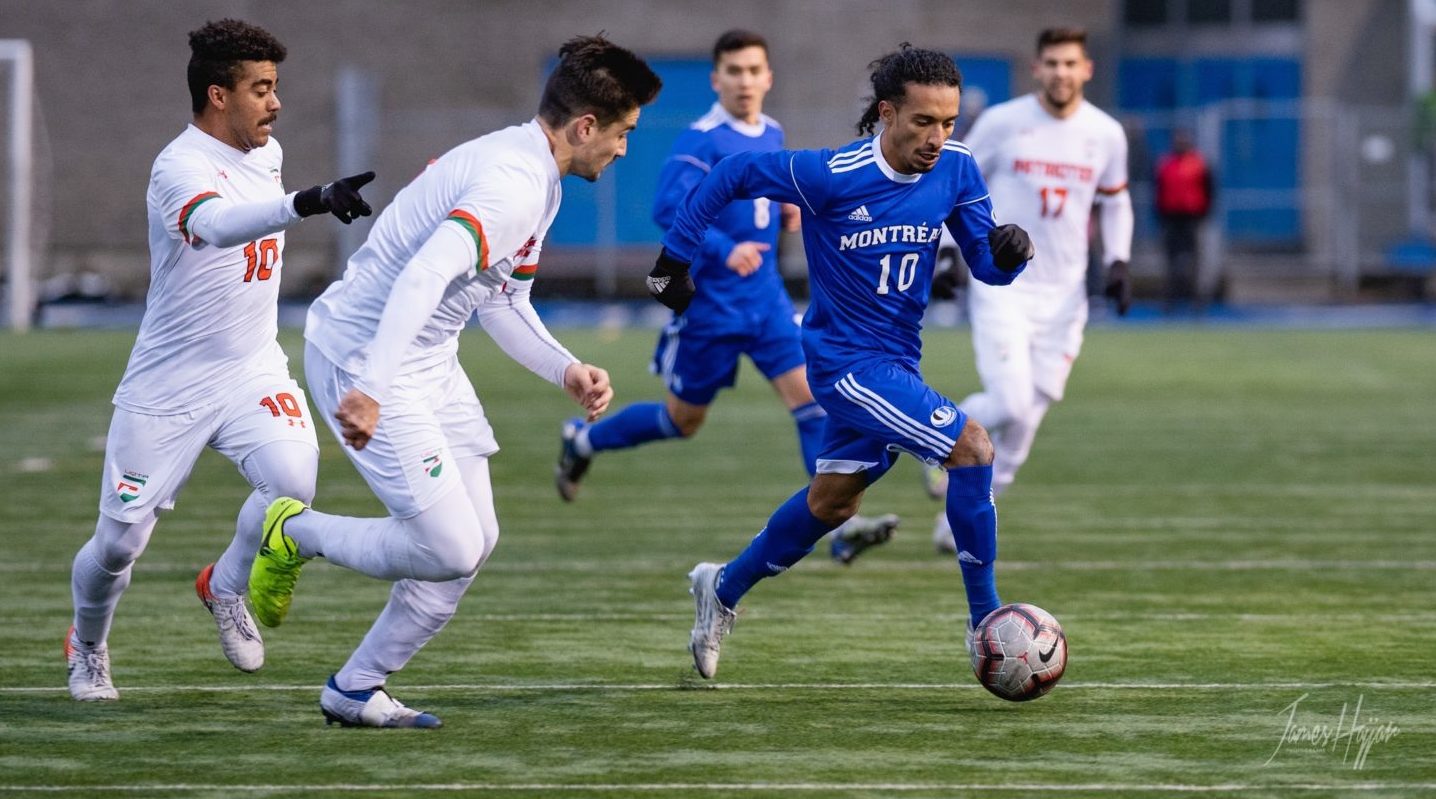 HFX Wanderers FC bolstered their midfield depth on Thursday with the singings of Omar Kreim and Aboubacar Sissoko, one of the top U SPORTS midfield pairings of the past few years

The midfield duo has been a central part of the powerhouse Montreal Carabins team that made it to the three consecutive U SPORTS championship finals.

They played more than 50 games together in four years, leading the Carabins to a Canadian University title in 2018.

“It’s really exciting, I know the city, I know the fans and I watched some games last year and I’m really excited to join the atmosphere and play on the grass pitch,” Kreim said.

“I’m very happy I chose the Wanderers and I really want to win with them,” Sissoko added. “Everywhere I play, I play to win.”

Wanderers coach Stephen Hart was happy to have secured their signatures, knowing the pair has attracted attention from other clubs.

“Omar is a very dynamic mobile player, he can play across the front line and anywhere in the midfield,” Hart stated. “Aboubacar has lots of energy, can cover a lot of ground and together they have a good understanding.”

Hart liked the look of Kreim in last year’s U SPORTS final — in which he was named MVP — after making the pass that led to the Carabins’ winning goal in extra time.

Sissoko is a player Hart also thinks can make a difference in the CPL following an exceptional campaign that resulted in him being named the U SPORTS player of the year.

Born in Morocco, Kreim’s family moved to Montreal when he was seven. He started playing soccer as a nine year old with Montreal team Le club des Braves d’Ahuntsic. After six years there, he played with Salaberry Athletic Federation, before moving on to Collège Montmorency.

He had professional trials in Sweden as an 18-year-old, but returned to Canada to concentrate on his schooling. He’s confident his three years with the Carabins have prepared him well for the step up to the CPL where he’s hoping to make an impact in Halifax.

“I am a player who likes to dribble and make the final passes to set up goals,” Kreim said. “I’m a lefty and I also like to defend and run a lot and tackle to win the ball back. I just want to contribute to help the team win.”

Sissoko, who describes himself as a defensive midfielder, was born in Mali, before moving to Montreal with his family when he was 11.

He has also played for semi-pro teams Mont-Royal Outremonts and Longueuil, in addition to making two appearances at the U20 level for Mali.

RELATED READING: Roster Analysis: How do HFX Wanderers look heading into end of 2019?

Known as ‘Abou,’ Sissoko describes himself as a defensive midfielder who likes to control the play.

“I work hard for my team and I can win the ball and pass quickly to other players,” Sissoko explained. “Omar and I are good together and that’s good for us and good for Halifax.”

Sissoko is now a permanent resident of Canada and in the final stages of applying for citizenship.

“I’m pleased we have been able to add these two players. Our squad is beginning to take shape and I see them both complimenting Andre Rampersad in the midfield,” Hart said.