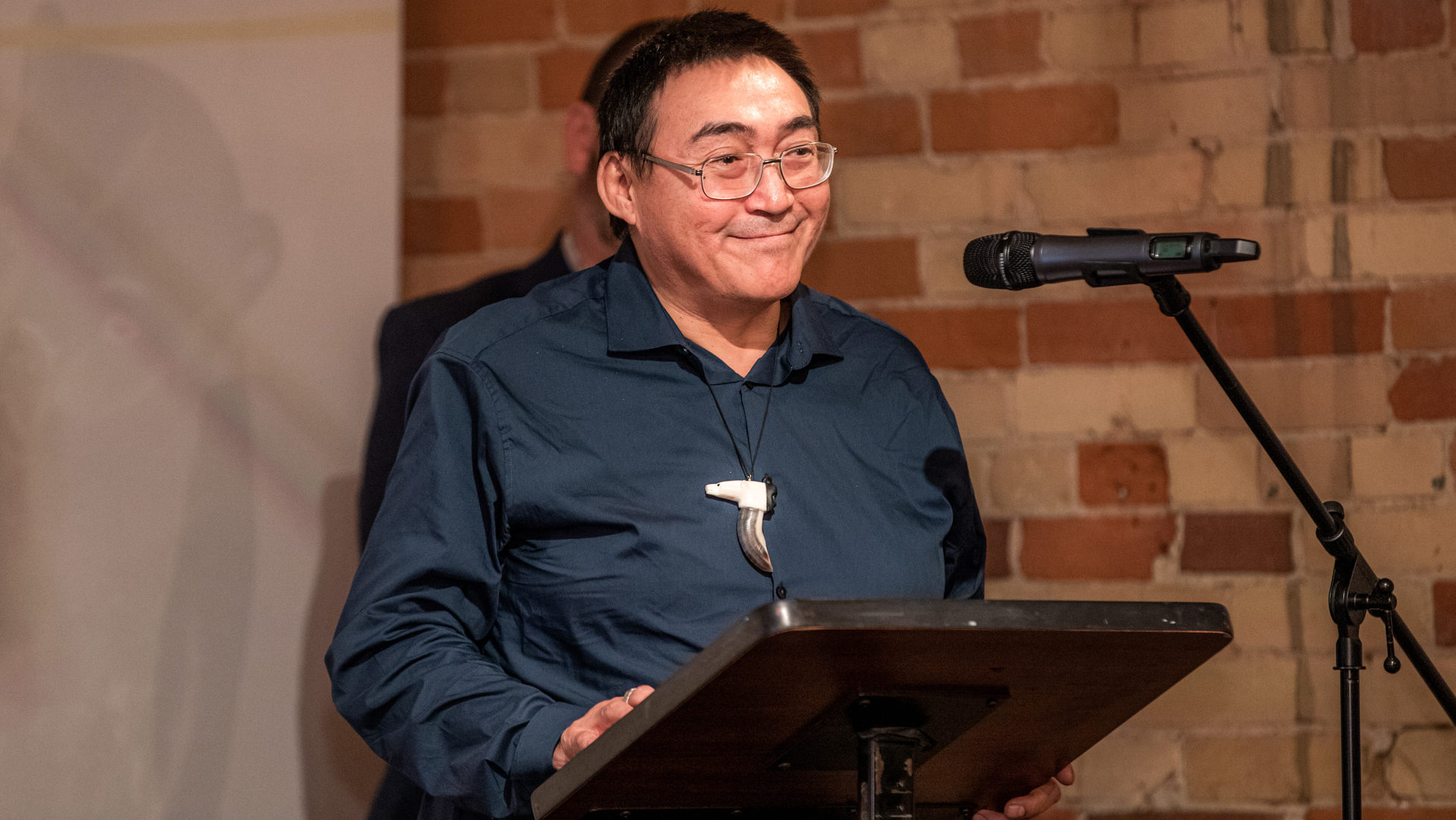 TORONTO – At the pinnacle of the Canadian Premier League now stands five pieces of Inuit art.

World-renowned artists in Kinngait (formerly known as Cape Dorset), Nunavut – a small hamlet just off Baffin Island – saw their work handed out on Tuesday at the 2019 CPL Awards in Toronto.

Palaya Qiatsuq, the artist who carved the “Owl” for the Coach of the Year, spoke at the awards ceremony just after being featured in an on-screen documentary showing the creation of the unique soapstone pieces – each of Tuesday’s award winners received a carving by Qiatsuq and other artists from Kinngait.

“Something like this is powerful for us and our community,” Qiatsuq, a former Mayor of Kinngait, told CanPL.ca. “This is important. Communicating, so the people from the North come to the South and be recognized. We appreciate it.”

Qiatsuq is one of four Kinngait artists to create the five unique pieces of art handed out this week. Pitseolak Qimirpik created the “Hunter” (Golden Boot) and “Nikisuittuq” (Player of the Year), Kellypalik Etidloie crafted the “Qimmiq” (Golden Glove) and Taqialuk Nuna the “Polar Bear” (Best Under-21 of the Year).

Each year, the winner will receive a personal carving inspired by the original pieces, which stand at over a foot tall.

For Qiatsuq and his community, the Owl represents an all-seeing bird with heightened wisdom and knowledge – something that every good coach aspires to in their careers.

“When I started to learn from my father, it was making owls,” said Qiatsuq, who began sculpting in 1977. “Then I started to understand what he was doing. There’s a story behind it. There are a lot of snowy owls back home. The owl is a hunter. Very powerful and silent.”

Each award represents a different piece of Inuit symbolism. The Qimmiq, for example, is a breed of dog known for protecting their community, thus drawing comparison to a top-level goalkeeper.

The awards give the North its first connection to the Canadian Premier League. But it’s certainly not going to be the last.

“It’s the first time these carvers are getting involved with the league … we really appreciate it. It sounds like it’s changing … Kinngait’s sports culture … for soccer,” Qiatsuq said.

In the soon-to-be-released documentary, directed by Adrijan Assoufi, Kinngait children are seen playing soccer around the community. A previous Assoufi documentary, published by Copa90, followed the Nunavut under-18 futsal tournament which featured 16 teams.

❄️🇨🇦 In Nunavut, the suicide rate is almost 10 times higher than the national average but football is providing a release for the kids of the Canadian Arctic…
👉https://t.co/80ddrVU33A👈

“Soccer is very popular. The kids under 18 are very into it. They have been going out in tournaments in other communities,” Qiatsuq said.

The awards offer a tangible look at Inuit symbolism for Canadian soccer fans – pieces of uniquely Canadian art that are now part of their experiences as supporters.

Until a player from the North cracks a CPL roster, or even wins one of these awards, Qiatsuq sees these pieces of work as an adequate imprint on Canadian football from the Inuit communities, Kinngait included.

“It’s amazing to share stories [of these symbols],” Qiatsuq said. “It means a lot to our community.

“I love it. It’s just the beginning … and hopefully there’s more.”