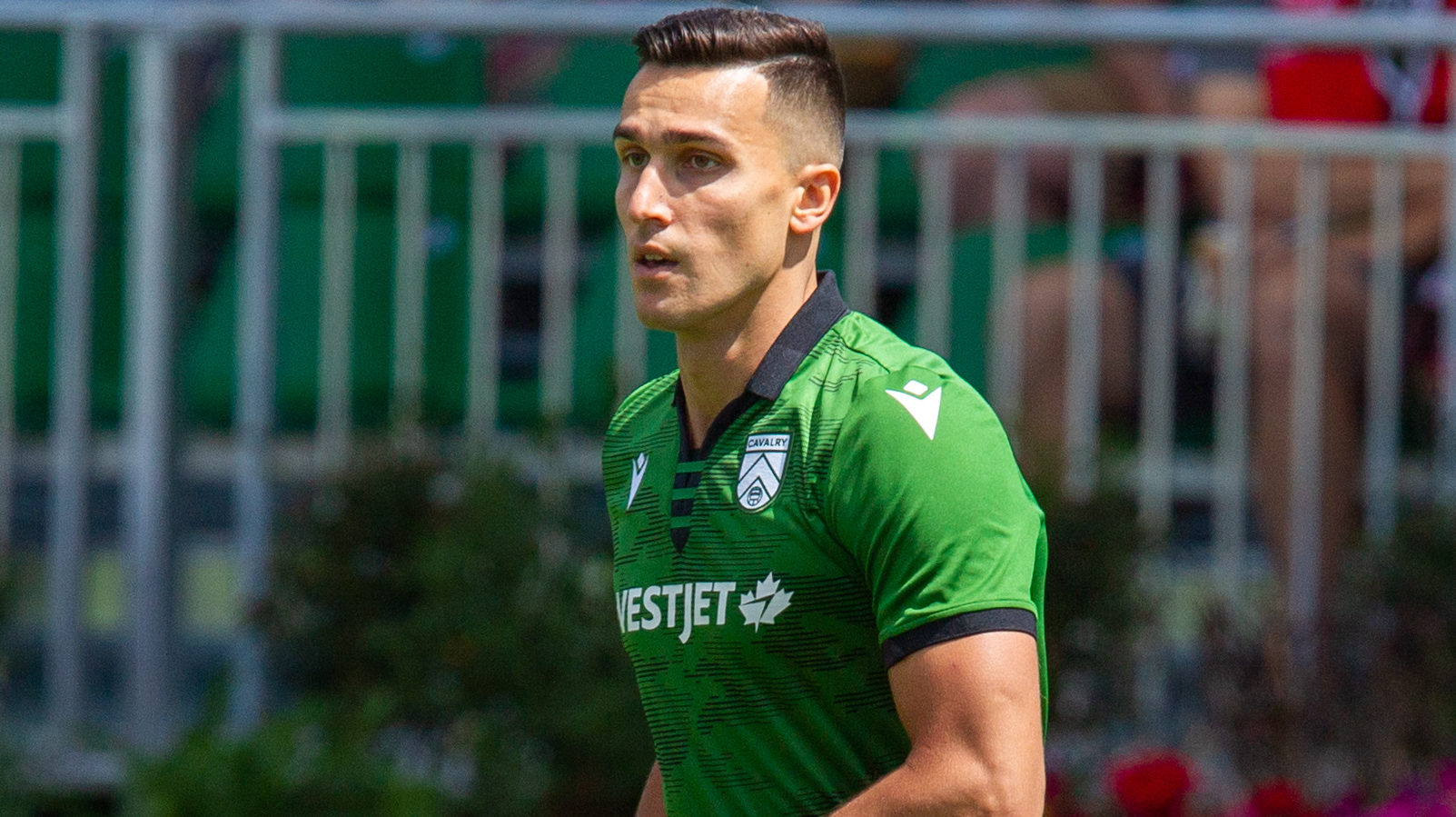 Cavalry FC announced the re-signing of defender Dominick Zator on Thursday, a move that ensures the return of one of the team’s key players for the 2020 Canadian Premier League season.

Zator, a 25-year-old native of Calgary, racked up over 3,000 minutes across both the CPL and Canadian Championship in 2019, scoring three goals and earning five assists.

He also earned a call-up to the Canadian men’s national team for their match against the U.S. earlier this month, following in the footsteps of Cavalry teammate Marco Carducci and FC Edmonton defender Amer Didic as CPLers to get a Canada nod.

“He’s a modern-day defender that’s versatile, athletic and comfortable in possession as he likes to drive up the pitch. We are delighted to have him for our 2020 campaign,” Cavs coach Tommy Wheeldon Jr. said of Zator.

“Not only did he optimize the style of play we wanted to produce, along with scoring some memorable goals, but he was pivotal in creating the culture that aided our success.”

He joins Nik Ledgerwood, Mason Trafford, Marco Carducci, Sergio Camargo, and Aribim Pepple from the current Cavs roster to return for next season.

Zator is the very definition of a local product, playing for the University of Calgary and for Calgary Foothills in two separate stints under Wheeldon Jr., and helping the club win a PDL championship in 2018. He also spent time with Whitecaps FC 2 in the USL before signing with Cavalry last December.

That Canadian coach John Herdman summoned Zator for the recent game versus the U.S. hardly came as a surprise, as the Cavalry stalwart established himself as one of the best defenders in the CPL this season.

The six-foot-two centre back won plaudits for his all-around defensive displays and his durability, playing a major role in helping Cavalry win both the Spring and Fall campaigns.