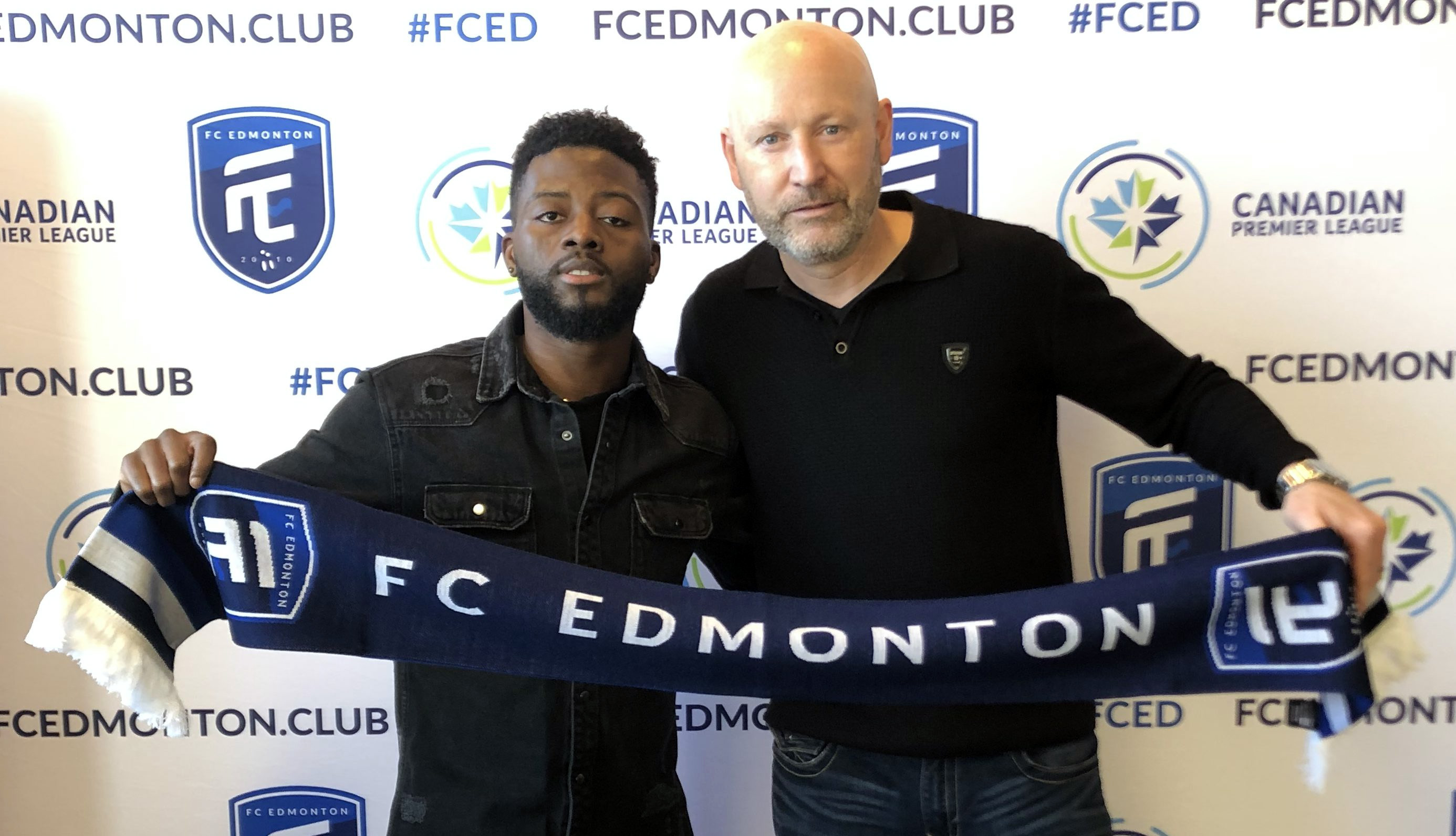 Home is many things to many different people.

For some, it’s where they were born. For others, it’s the place they grew up. Home can be two places at once, even. For Guinean-born Canadian attacker Hanson Boakai, home looks and feels a lot like Edmonton, even if his last five years haven’t been spent there.

Until now, that is.

FC Edmonton announced on Wednesday that it has signed Boakai to a Canadian Premier League contract for the 2020 season onward. It’s a homecoming for Boakai, as the 23-year-old returns to the club that gave him his professional debut when he was only 16 years old.

Boakai, who grew up in Edmonton, was once the most highly-touted Canadian prospects. He was even labelled the “Canadian Messi” following his blistering showings in the 2014 Canadian Championship – yes, the same Canadian Championship that saw the Eddies nearly overcome the Montreal Impact, if not for a dubious 97th-minute penalty in Leg 2 of their semifinal series.

It matters not, now. Boakai returns to Edmonton with a wealth of European experience under his belt, and is ready to take the CPL by storm in 2020.

“I want to come back and show everyone I still have what it takes to be the player that they know I am,” Boakai told CanPL.ca. “Of course, I was younger, but now I’m more experienced and mature, so I just have to show what I’ve learned over the years.”

Those “over the years” include playing in Sweden, Romania, and, most recently, in Finland, where Boakai suited up for five different outfits in as many years. Those experiences made Boakai grow from a young talent to a more mature, well-rounded player and person.

“Scandinavia is great. The people welcomed me in, so from that perspective, it wasn’t difficult,” Boakai recalled. “But, of course, if you’re new somewhere, you have to get into the club, and you need to earn the trust of the players and the coach. These things can take time. It was something you always had to work on. After a little while, though, it got easier.”

He continued: “Romania was more aggressive, though. It was everybody for themselves. You’re solo. There’s not many people like you there. There aren’t many foreigners in Romania, especially foreigners like me. If you’re not an open-minded person, it can be very difficult, because the fans can be really … passionate, and they say whatever they want to you. But, Finland was a place where the people are really, really nice. The country itself is beautiful, too. I had a great time there, and a good season in 2018.”

Throughout his time in Europe, Boakai stayed in touch with FC Edmonton coach Jeff Paulus, who used to be his academy coach.

Boakai explained that the rise of the Canadian men’s national team of late, coupled with a “really surprising” first CPL season meant his decision to return home was made rather quickly.

“This league that’s here now, if it was here then, it would have been great for me,” Boakai figured. “I’m kind of upset because they didn’t bring this earlier! If this league was there back then, there’s no need for players like me to try to go abroad because we have our own league. It would have been really, really good for me. It wasn’t there then, but it is now, and I think now’s the time.”

Boakai has some personal goals, of course. He’s well aware that John Herdman is watching intently, and despite accepting a call-up to Liberia in September, Boakai was clear that his intention is to suit up for Canada, whom he has played for from the U-15s through to the U-23s.

Paulus is rightfully delighted with the acquisition of Boakai. He told CanPL.ca that Boakai brings something “different” to his team and to the league.

“He’s a kid with that special ability on the ball,” Paulus stated. “When you look at the league and you see the impact of a (Triston) Borges or a (Marco) Bustos-type player, now we’ve got that kind of player at this club. Hanson Boakai is that player. He’s incredibly gifted on the ball, and his centre of gravity is low, making him hard to knock off the ball.

Of course, working with a young player at an academy is one thing; utilizing a talent, even one you’re familiar with, at the professional level is another. To that end, Paulus has seen plenty of maturity from the now-23-year-old, and is optimistic Boakai can slot in straight away, whether as a No. 10, or as a false winger out wide on the right.

As FC Edmonton prepares for its 10-year anniversary, signing Boakai also serves to honour the club’s past. Boakai is, after all, one of the top players the club’s academy has ever produced.

But, just as important is managing that hype. This is the “Canadian Messi,” after all.

“You know, that was the moniker given to him as well; his stature and ability to dribble past players,” Paulus offered. “It was unfortunate because there’s massive hype put on a young player still feeling out the professional game.

“But, I don’t need the Canadian Messi to show up at my doorstep on day one; I need the Edmonton Hanson. That’s more than good enough.”