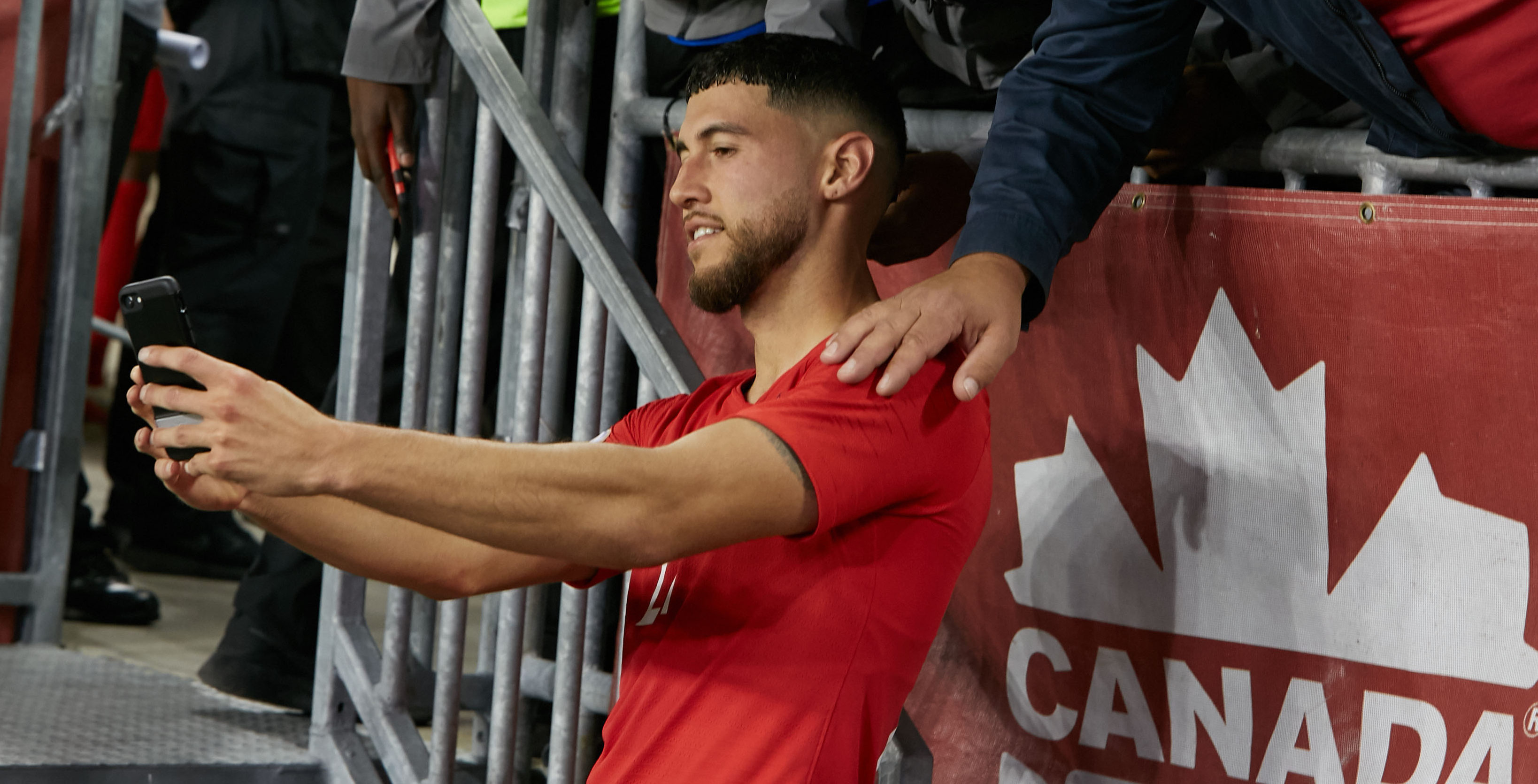 The end of 2019 is fast approaching, and as we begin our reflections on the year that was, it’s important to note that none of Canada’s soccer achievements would be possible without the hard working men and women who make up the economy of this sport from top to bottom.

Whether it’s with Major League Soccer, the Canadian Premier League, the national team programs, provincial levels, Concacaf executives, and even youth programs, the dedication and work of coaches, players, referees, organizers, specialists, analysts, parents, media, and supporters cannot thrive without a shared passion for the sport.

Serbian-born Canadian international goalkeeper Milan Borjan of Red Star Belgrade isn’t just a hero between the sticks for club and country. He’s also one of the most outspoken advocates and critics of soccer in this country. Never afraid to speak his mind regarding topics such as fan interest and investment, professionalism in training camps, ticket sales and support, Borjan was a major advocate for the growth of the sport in this country in 2019.

That he took Marco Carducci of Cavalry FC under his wing right away upon his first call-up is a testament to his natural leadership qualities, yes, but more than that, Borjan was a much-needed voice calling for the highest standards for this sport in Canada. There is nobody in the national team who demands more from everyone than Borjan.

Would Dominick Zator have earned a call-up to Canada without Kurt Larson calling for it, week after week? The former Toronto Sun reporter started 2019 as the Director of Content and Managing Editor of CanPL.ca, before making the move over to MEDIAPRO to spearhead the creation and implementation of OneSoccer – the single-most important broadcasting source for the sport in Canada this year.

Whether it was providing his analysis for key Canadian Premier League, Gold Cup, or Canadian Championship bouts, or his well-pointed and founded criticisms of individual players, refereeing decisions, and more, no one media personality was more potent – and, likely, drew more chagrin from coast to coast – than Larson. Love him or hate him, he’s good at #content.

Happy to announce I am now part of the @dilawriauto family! Picked up my Audi S5 from @queenswayaudi yesterday and it was love at first sight! ?

It wouldn’t be a list of influencers without one of Canada’s most influential (and best-dressed) footballing stars, Jonathan Osorio. The Toronto FC midfielder is the perfect example of how you can successfully blend the worlds of fashion, music, lifestyle, and soccer into a personal brand that serves not only to increase your own popularity (and sponsor cheques), but also to inspire young kids in your city to follow in your footsteps.

Beyond the IG flex, Osorio is the perfect role model for dream-chasers in Canada; is he playing at Bayern Munich, like Alphonso Davies? Nope. But, Osorio is making bank playing in his hometown. We’re talking $776,250 a year playing soccer in Toronto … all while catching Leafs games, concerts, and more from VIP box seats. Lifestyle envy? You bet.

A quiet voice behind the scenes, but an important one all the same – alongside his role as assistant to John Herdman, former Montreal Impact coach Mauro Biello was the chief scout of the Canadian Premier League for the national team program, and was instrumental in affording national team call-ups to the likes of Marco Carducci, Dominick Zator, and Amer Didic in 2019.

Biello wasn’t just an advocate for these players, but was paramount to the development and scouting of a growing player pool in this country. And, while Herdman ultimately makes the call, it was Biello’s dedication to scouting a new league and seeing the potential it unearthed that saw history made three times, and likely many more times in 2020.

Christine Sinclair is an obvious choice in any list of important Canadian soccer figures. But, her spot on this list isn’t born of her goal-scoring exploits, as she chases the mythical goal no. 184 to become the top-scoring female international player of all time. No, it was for her comments earlier in the year – May of 2019, to be exact – where the iconic captain of the Canadian women’s national team advocated publicly for the creation of a women’s club league in Canada.

“When I first joined the national team, no one cared, no one paid attention. You couldn’t make a career playing the sport unless you were on the U.S. team,” Sinclair told Neil Davidson of the Canadian Press.

“Whereas on the men’s side they have MLS and now the new professional league [the Canadian Premier League], for young girls, there’s nothing.”

Sinclair’s voice is a powerful one, and a necessary one, for many reasons. That she is the most instantly recognizable face among much of the Canadian populous speaks for itself, of course, but when people like Sinclair use their platforms to affect positive change, particularly in this way, they do so out of love of the sport and for those looking to succeed in it. Sinclair could have very easily responded with wishful comments or hypotheticals – instead, she stood up for her own, and for that, she earns her spot on this list without a shred of doubt.