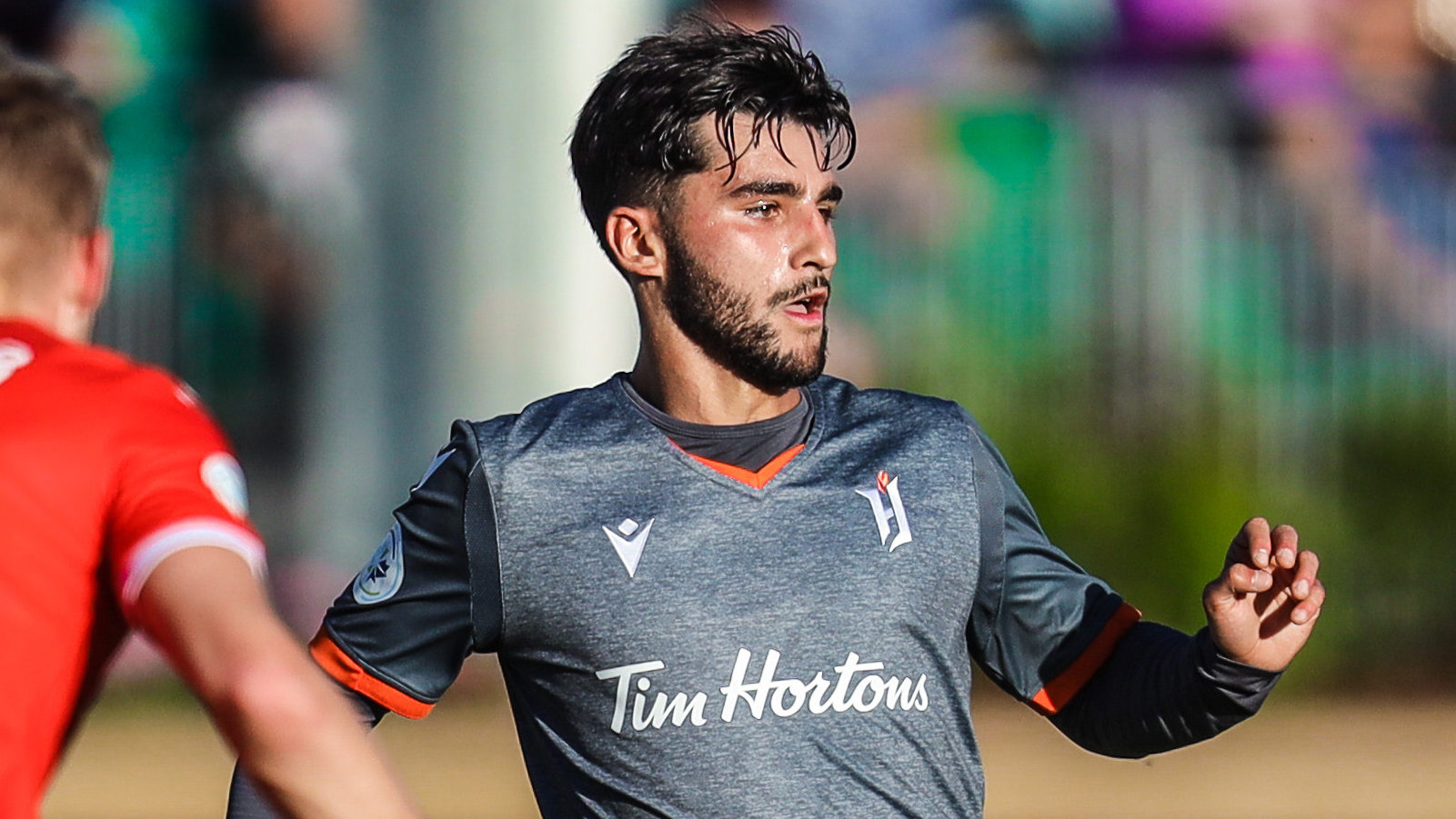 This is Borges’ first call-up to the national team, which he earned after a breakout CPL season, winning himself Player of the Year and Golden Boot honours as well as the inaugural league championship. He’ll be a part of John Herdman’s camp in California as they prepare to take on Barbados twice, as well as Iceland.

With the CPL’s brightest young star joining the national team for the first time, joining a number of fellow first-time call-ups, the Canadian soccer world took to Twitter.

Forge fans were delighted, of course.

I’m going to need to know what number Borges is going to be because I’m ordering that jersey pronto #CanPL #ForgeFC #CanMNT https://t.co/vnemFC0ZzH

Genuinely thrilled for Borges. He was saying how much that a call up would mean to him. He has more than earned it. Top lad. https://t.co/QigN9JY95g

BORGES ON FIRE
YOUR DEFENCE IS TERRIFIED
???? https://t.co/WD0TA0wT2k

As were onlookers from across the country.

Great to @SShome_07 on the #CanMNT roster… three #CanPL players from '19 in Borges, Didic and Carducci. Herdman going to have a look at the player pool.

With a younger camp roster, might we see an on-field debut for a CPLer?

Tristan Borges, Amer Didic and Marco Carducci are all in the #CanMNT January camp from the Canadian Premier League.

I reckon we'll finally see the first #CanPL player get a cap, and I wouldn't be surprised to more than one get a shot over the three matches Canada will play.

I think Borges should probably start in this line up, certainly against Barbados #CanMNT

With the Olympic qualifiers coming up, it’s not just the young CPLers catching people’s attention

Am I the only one that is kind of loving the #CanMNT squad that was just announced?

Dual-nationals Zorhan Bassong and Charles-Andreas Brym included in the latest #CanMNT squad. This camp and the upcoming Olympic qualifiers give them an opportunity to play for Canada without sealing off their permanent commitment to a senior team.