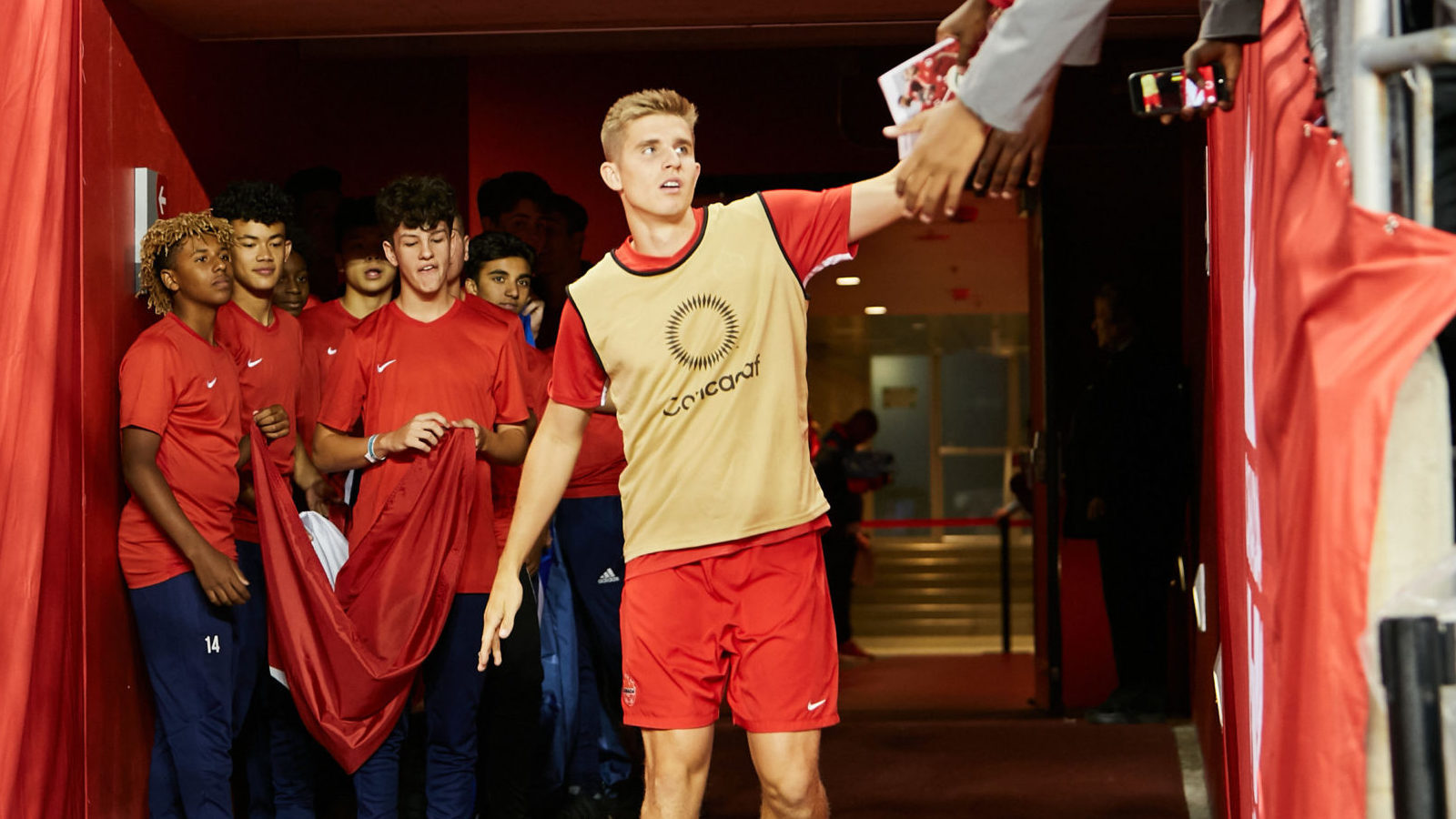 Canada Soccer made waves on Friday by revealing the 23-man roster for its three upcoming men’s national team friendlies, two against Barbados and one against Iceland, this month in California. With three CPL players called up (including first-timer Tristan Borges), as well as five others making their debuts with the senior team.

With a number of regular starters unavailable due to this camp’s position outside of a regular FIFA international break, these matches may present an opportunity for a lot of young players to earn their first caps.

So, in lieu of Milan Borjan, Alphonso Davies, Scott Arfield, and so on, who might John Herdman turn to? Will he use tests against 162nd-ranked Barbados to give playing time to teenagers Jayden Nelson and Noble Okello, or even to dual-nationals Charles-Andreas Brym and Zorhan Bassong?

With three games scheduled across nine days, it seems likely that most (if not all) of the 23 players on the squad will see the pitch in Irvine, California at some point. So, predicting how exactly Canada will line up for each game is an impossible task — actually, it’s hard enough when all the regulars are there, anyway.

However, with the January 15 friendly with Iceland offering the stiffest competition (and the most FIFA ranking points), it would stand to reason that Herdman will field his strongest lineup of the three for that final clash.

We can’t say for sure that Canada will play its strongest lineup for any of the three games; they may instead choose to spread out the veterans. Still, if you’ll allow us, let’s spare a thought for how Canada’s lineup might look for the match against Iceland, if it is to be their first-choice starting 11.

It makes the most sense that all three of Crépeau, James Pantemis, and CPLer Marco Carducci will start one of the friendlies, and so it also makes sense for Crépeau, the more experienced of the three, to get the nod for the biggest game. Of course, Carducci is a dark horse to start this one, due to his incredible season at Cavalry, but Crépeau’s 2019 also turned a lot of heads.

The backline might not actually be far from John Herdman’s first-choice back four, with everyone available. Adekugbe was, surprisingly, kept out of the starting 11 for both CONCACAF Nations League games against the U.S., especially considering his resurgent season in Norway. However, this could be an opportunity for him to nail down the left-fullback spot going forward. Look for Cercle Brugge fullback Zorhan Bassong to challenge, with veteran Ashtone Morgan in the mix too, but let’s not overthink this one.

Cornelius started at centre-back in all but two of Canada’s games in 2019, so it would be surprising to see him not picked for the Iceland game. Lining up next to him, though, may be a CPL debutant in FC Edmonton’s Amer Didic. The towering 25-year-old has four national team camps under his belt now, but no caps. Perhaps this will be his opportunity, with that spot quite up for grabs in the absence of Doneil Henry or Steven Vitoria.

At right-back is another mainstay in Richie Laryea, who burst onto the scene in 2019 and has not relinquished his hold on that job. Marcus Godinho should get some playing time this camp in his first call-up since the Gold Cup, but Laryea has earned the marquee slot here.

It seems like a no-brainer that these three are in the mix, the only question is whether there’s a fourth midfielder joining them. Either Osorio or Piette will likely wear the armband, having both served Canada well as leadership figures recently. The former has played well for the men’s national team in the central attacking midfield role, although he could be moved wider if necessary.

Expect Piette to assume the holding midfield responsibilities, perhaps in a two-man pivot with Liam Fraser. Both performed very well on the pitch together in the win over the U.S. in October. Fraser, of course, only has one cap to his name, largely by virtue of playing behind Piette and Scott Arfield in the pecking order, but he’s a very talented midfielder in need of minutes.

However Canada sets up, these three are certainly the core of any first-choice midfield from this camp. That said, there’s definitely room for a surprise or two; Shamit Shome was a revelation with Montreal this year, and neither Russell Teibert nor Jay Chapman can be discounted.

With all of Canada’s typical attacking weapons — Cavallini, David, Davies, and Hoilett — out of the picture for this camp, Herdman may have to get a little creative with how he sets up the front of the lineup. He brought back Tosaint Ricketts, a veteran of 59 caps who hasn’t played for the national team since September 2018.

Ricketts spent part of the last season with the Vancouver Whitecaps, where he only managed to score once, but at 32 years old he still has a ton of pace.

The rest of the front three is a tough choice. Akindele seems very likely to start, having caught Herdman’s attention this year after a successful season at Orlando City. He’s more often a centre-forward, so it’s possible he takes the middle, but for argument’s sake we’ll put him on the wing (or, if you’d like, you can swap him and the speedier Ricketts).

Then, we come to Borges, fitting in at the position he had the most success with in 2019. It’s hard to make a case for any of the other attackers on the roster starting ahead of him, really, based purely on Borges’ form and regular minutes at Forge FC.

Depending on who impresses at camp, there may be room for Toronto FC’s Jacob Shaffelburg or the Vancouver Whitecaps’ Theo Bair to sneak into this lineup, but if one of them is to start, it would surely be in a more traditional winger setup with Borges opposite them.