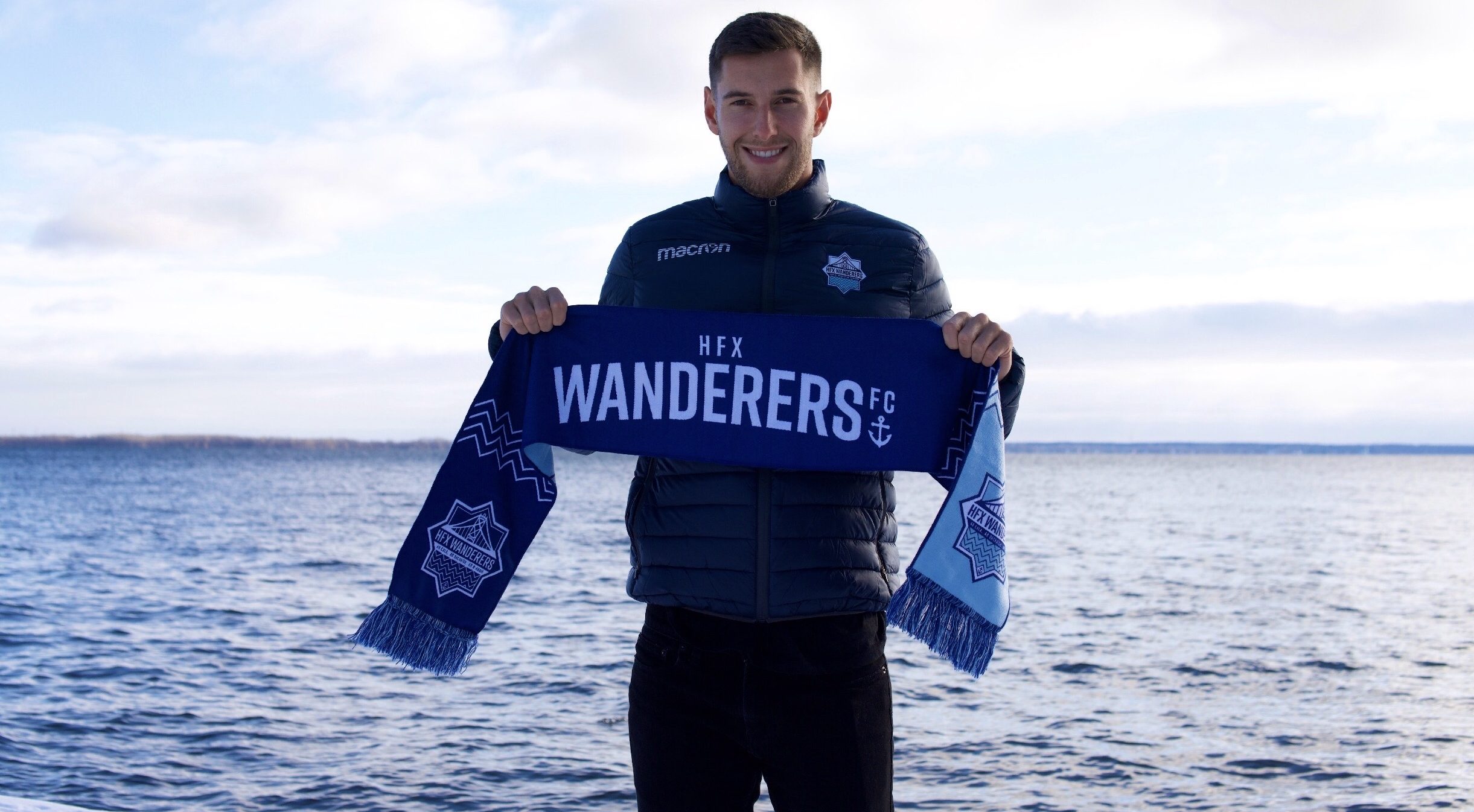 HFX Wanderers FC have pulled off one of the biggest moves of the Canadian Premier League off-season.

On Wednesday, HFX announced that it has signed Louis Béland-Goyette, as the former Valour FC midfielder becomes only the second player to move between CPL clubs, joining Jose Hernandez, who signed with Cavalry FC last month after spending the 2019 campaign with Pacific FC.

Béland-Goyette, a 24-year-old native of Pointe-Claire, Quebec, was a key player for Valour and one of the best midfielders in the CPL in 2019, scoring one goal and tallying three assists in 21 appearances. After a standout season in Winnipeg, Béland-Goyette is determined to make a similar impact in Halifax.

“A big part of my decision (to sign with Wanderers) was what I saw last year,” Beland-Goyette said, “It’s a passionate club with passionate fans and that’s what you want. I hope I can bring success to this club because the fans deserve it, so I hope to bring joy and passion for them.:

Wanderers coach Stephen Hart believes this is a big signing for the club, given the qualities Béland-Goyette brings to the table.

“He had a very good season last year and he is clean on the ball,” Hart offered. “He keeps the ball moving and keeps a team in possession but also has the ability to hit creative passes long and short and I thought that was something we needed.”

“Now we have a variety of options in how we can shape the midfield and we have depth and balance,” Hart explained. “When we played Valour, I like that he was always available for the ball and he is definitely one of the top midfielders in the league.”

A talented youngster, Béland-Goyette broke into the Montreal Impact Academy as a 16-year-old and signed his first professional contract with the Impact at 18 after playing for the U18 and U21 academy teams. He showed he was one of the top young players in the country during this time, earning national team call-ups at the U18, U20 and U23 levels.

An MLS debut with the Impact’s senior team followed in 2014, before he spent two seasons with FC Montreal in the USL where he racked up 41 appearances and was rewarded for his form by being named team captain.

He received another shot with the Impact in MLS in 2017, but injuries slowed down his progress, which led to his move to the Canadian Premier League. Béland-Goyette joined Valour FC last April, quickly establishing himself as a smooth distributor of the ball who pulled the strings from midfield for his new team.