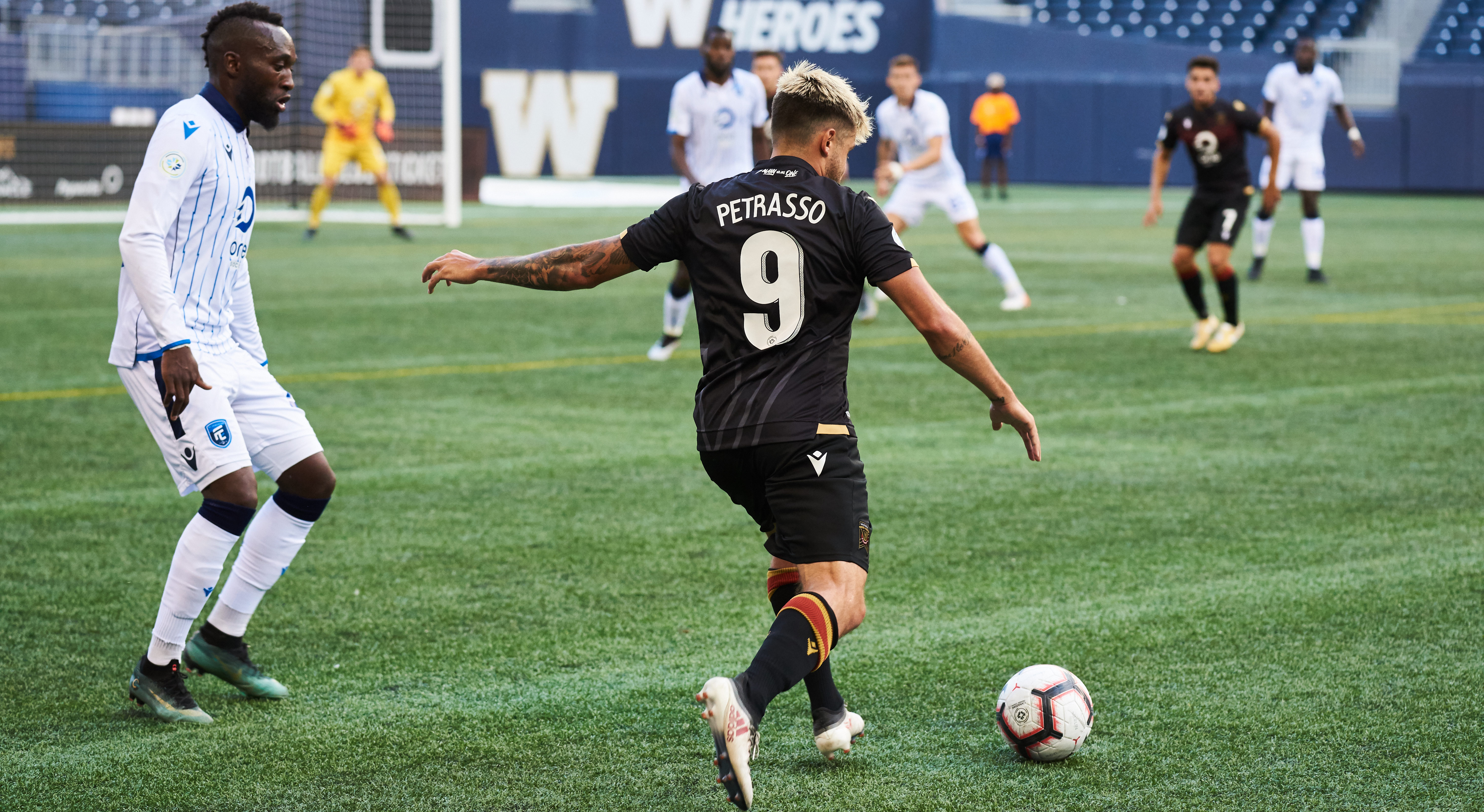 Could Michael Petrasso head back to his native Ontario for the 2020 Canadian Premier League campaign?

The 24-year-old native of Toronto spent the 2019 CPL season with Valour FC of Winnipeg, but is currently a free agent and could be on the move back home, reports Kurt Larson of OneSoccer.

Petrasso, according to Larson, is contemplating making a switch to York9 FC, slotting in as a replacement for Ryan Telfer, who returned to Toronto FC from his loan at the end of 2019 before being released by the MLS side.

Top #CanPL free agent target Michael Petrasso remains unsigned. However, a well-place source assured me he’s still leaning towards a move to York9. Would be a solid replacement for Ryan Telfer. @onesoccer

Petrasso was a crucial part of Rob Gale’s Valour team in 2019, making 20 appearances and scoring six goals from various attacking positions, as needed.

As a free agent, the former Queens Park Rangers and Montreal Impact man would be free to return to Europe for another go.

But Larson reports that Petrasso is leaning towards a switch to Jimmy Brennan’s Nine Stripes, where he could feature on the wing, juxtaposed to Kyle Porter and with Manny Aparicio and Chris Mannella in midfield for support.