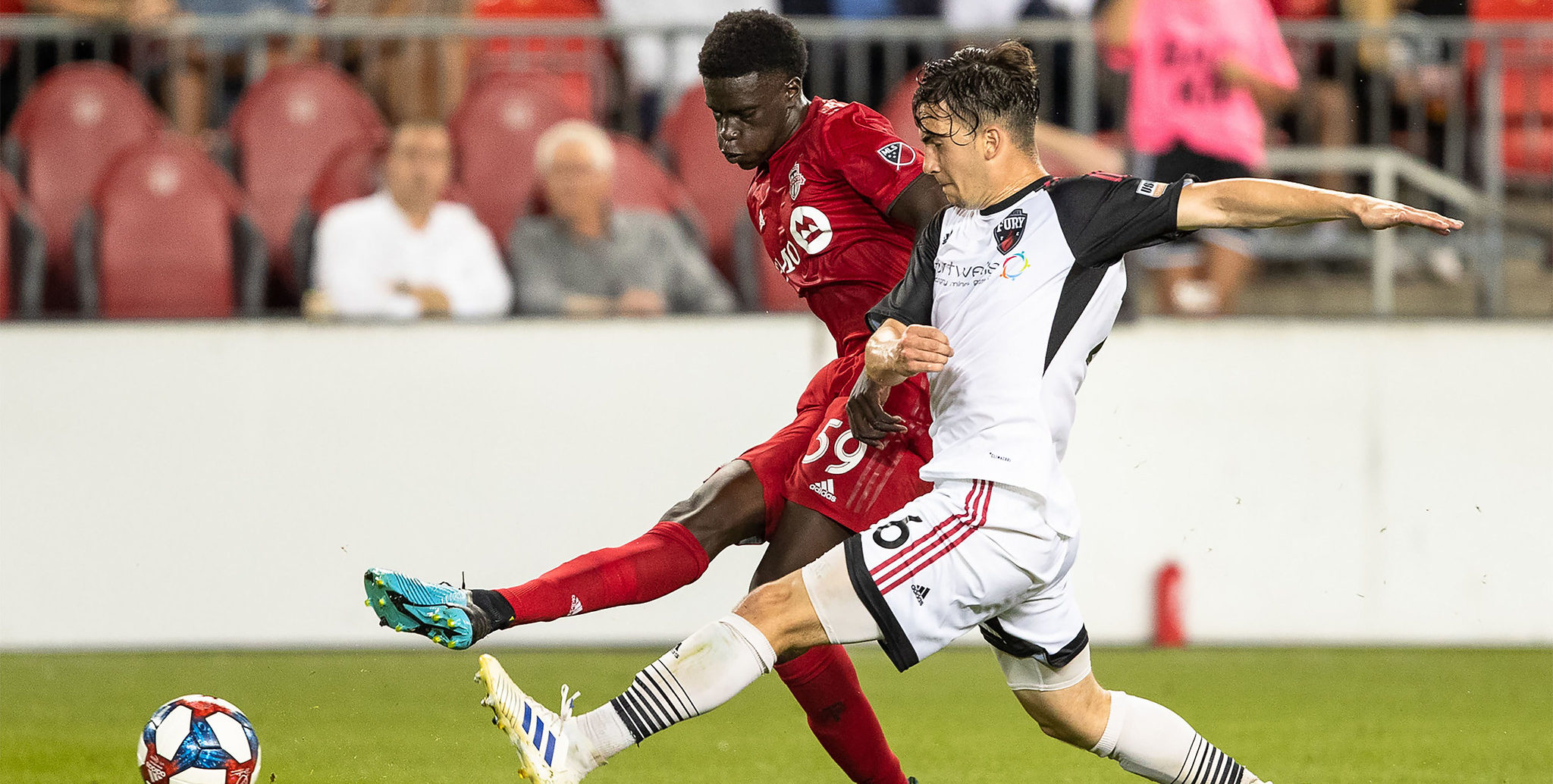 You’d be forgiven if you considered 22-year-old Thomas Meilleur-Giguère as yet another talented, key piece to the youth movement at Pacific FC.

The freshly-signed Trident talent, who spent the last few years at the Ottawa Fury via the Montreal Impact, fills the club’s mandate to a tee, after all; he’s in his early 20s, has plenty of professional experience, and can fill multiple roles; in this case, across the backline. Like many of his new peers, the Quebec native also has tremendous upside.

However, the label of “young player?” Well … Meilleur-Giguère isn’t really interested in it, truth be told.

“To be honest, I actually really don’t think of myself as a young player anymore,” he told CanPL.ca. “I went down to USL and at 22, I’ve already played five seasons, so I don’t feel young. I don’t want to count as a young player anymore. I want to be known as one of the leaders, a really big leader in the team and even in the league. I want to be the main guy. That’s what I’m trying to be.”

He later added: “But, for sure, the fact that the team wants to help young players will help me. I had a talk with (Pacific CEO) Rob Friend, and he knows what I want … so I really like what he thinks about the future of the club, for sure.”

It’s a testament to the body of work that Meilleur-Giguère has amassed in his career thus far; his time with the Ottawa Fury saw him make 70 appearances and score two goals over the course of the 2017, 2018, and 2019 seasons, where he became a natural starter in the club’s backline. He joins Pacific alongside fellow Fury teammate Jamar Dixon, who Meilleur-Giguère says he is “very happy” to play with again.

But, as he explained, nothing is guaranteed for himself or Dixon, as he notes they’ll still have to “fight for spots” at Pacific.

Still, it’s hard to imagine Meilleur-Giguère doesn’t immediately figure into coach Pa-Modou Kah’s plans for the Islanders’ backline. As such, Meilleur-Giguère is expecting quite the test in his first CPL season, and, having watched “a good bit” of the 2019 campaign, he’s confident he’ll be ready for the experience, too.

“I really appreciated watching the games; everything around the CPL, the broadcast and everything, was very good,” Meilleur-Giguère said. “About the level, I would say the level is very good. Young players with potential, but what the league needs to look forward to is bringing some experienced guys who can bring the league to a higher level, like MLS, for sure.”

Ultimately, like Amer Didic and Joel Waterman before him, Meilleur-Giguère is looking forward to the opportunity to showcase himself in order to garner even more interest from clubs at a higher level, such as MLS or in Europe.

“I signed my first MLS contract two or three years ago and I didn’t have the chance to play a lot,” Meilleur-Giguère admitted.

“When you go to another level (like the CPL), the fact that you have the chance to surprise everyone is great. Sometimes football is a question of opportunity. So, in that way, I hope it will help me do that, to have a big year ahead … and for the national team as well. I want to do that.”

Speaking of national team, Meilleur-Giguère is also intrigued by the glut of recent CPL call-ups, and hopes to use his time at Pacific FC to figure into John Herdman’s plans, too.

“I’ve already had conversations with the national team, because I was the captain from the U-16 to the U-20s, and we’ve talked about the U-23s (in Olympics) coming up soon, so we’ll have to see what happens next,” Meilleur-Giguère revealed.

“So if my season with Pacific can help me to reach the national team level, I would say it would make it a great year (for me).”