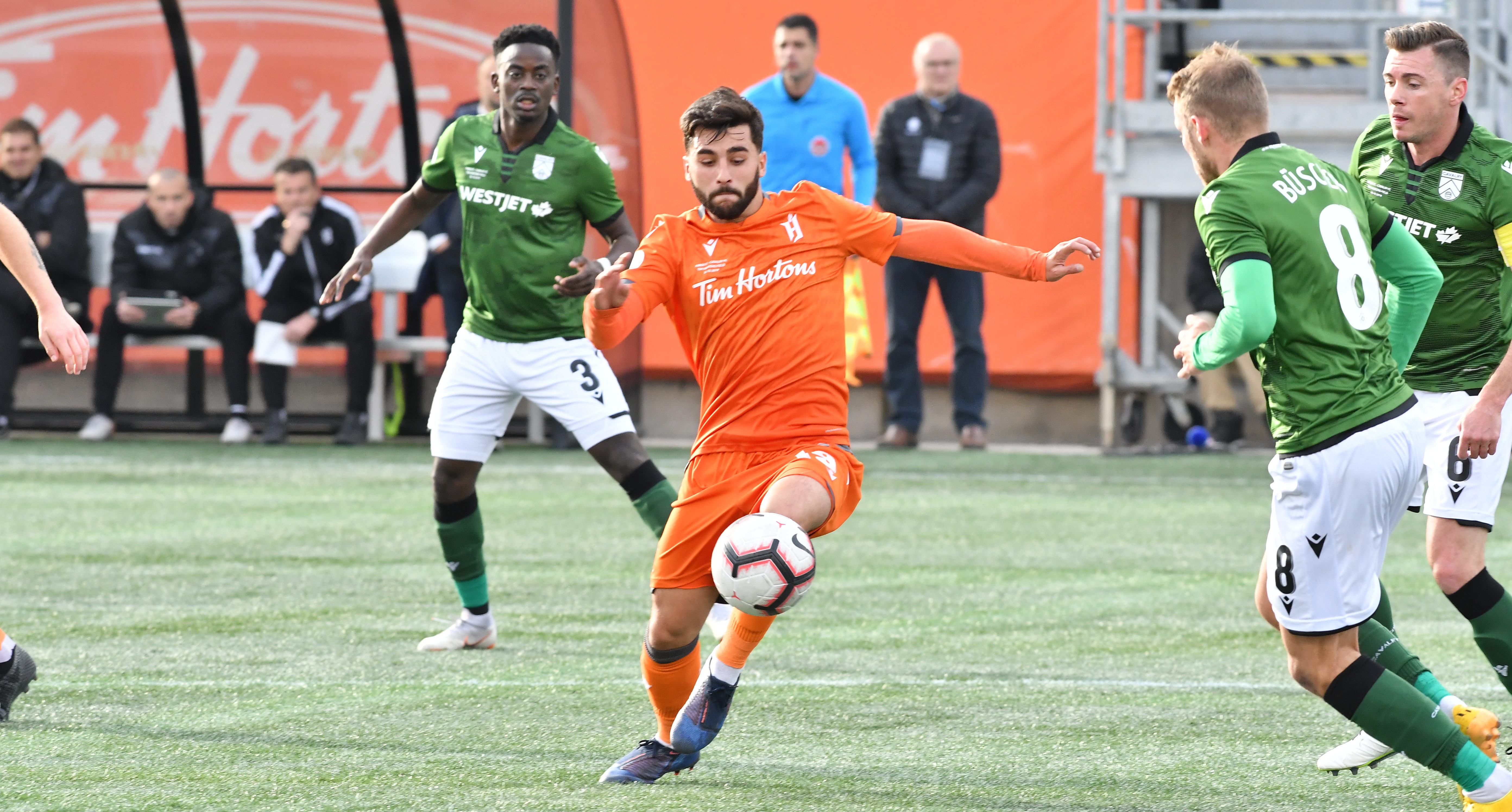 It’s another momentous milestone for the Canadian Premier League.

Forge FC announced Wednesday that Tristan Borges, the league’s MVP and Golden Boot winner from last season, has been sold to Belgian club Oud-Heverlee Leuven (known as OHL) for an undisclosed fee, marking the first time a CPL player has been transferred to a European club.

The sale of Borges to OHL, who competes in Belgium’s second division, comes on the heels of Cavalry FC selling defender Joel Waterman to the Montreal Impact last week – that was the first time a CPL player was sold to an MLS side.

Canadian Premier League Commissioner David Clanachan called Borges’ move to Belgium “an exciting and landmark transfer” for both Forge and the league.

“The CPL is an opportunity for players to showcase their skills in front of passionate supporters, fans and other clubs, and has provided Tristan with an opportunity to showcase his talent globally. We are excited about how this transfer showcases our commitment to players from coast to coast,” Clanachan stated.

?: "I just want to say thank you for everything. You guys know how much you all mean to me."#ForgeFC | #CanPL pic.twitter.com/5WpEuXGtjK

Forge coach Bobby Smyrniotis was full of praise for his star attacker who is currently in Belgium with his new club.

“Tristan came into this season and dedicated himself fully to our club and city, our culture and way of playing and by taking the opportunity afforded to him by our club and our new league he is now being rewarded with this move overseas. I have no doubt that his exciting qualities, intelligent play and hunger to continuously improve will suit him very well in Belgian football,” Smyrniotis said.

Like the CPL, Belgium’s second division is split into two. OHL won the opening season, and currently sits fifth in the table in the closing season, three points off the top with six games remaining. The two season champions meet in a two-game playoff with the winner being promoted to the first division. However, if OHL were to win the closing season, no playoff would take place and they’d win automatic promotion.

OHL’s attempt to gain promotion to Belgium’s top tier pushed along the transfer deal for Borges.

“They really wanted him now because they it would ensure he’d be able to take part in the final stretch of games leading into the playoffs, and gives him a bit of a running start into next season,” Forge GM Costa Smyrniotis told CanPL.ca.

A 21-year-old native of Toronto, Borges was unquestionably the biggest story of the Canadian Premier League’s inaugural season.

Fresh off winning the CPL Championship, the Forge FC star collected a hat trick of hardware at the league’s awards ceremony, claiming the Player of the Year and Best Canadian Under-21 Player honours, to go along with the Golden Boot.

His amazing success in the CPL did not go unnoticed by Canadian national team coach John Herdman. Borges was included in Herdman’s roster of Canada’s recent camp in California, and he became only the second CPLer to play for the national team (after FC Edmonton defender Amer Didic) when he came on as a second-half substitute in the Reds’ 4-1 win over Barbados on Jan. 10. 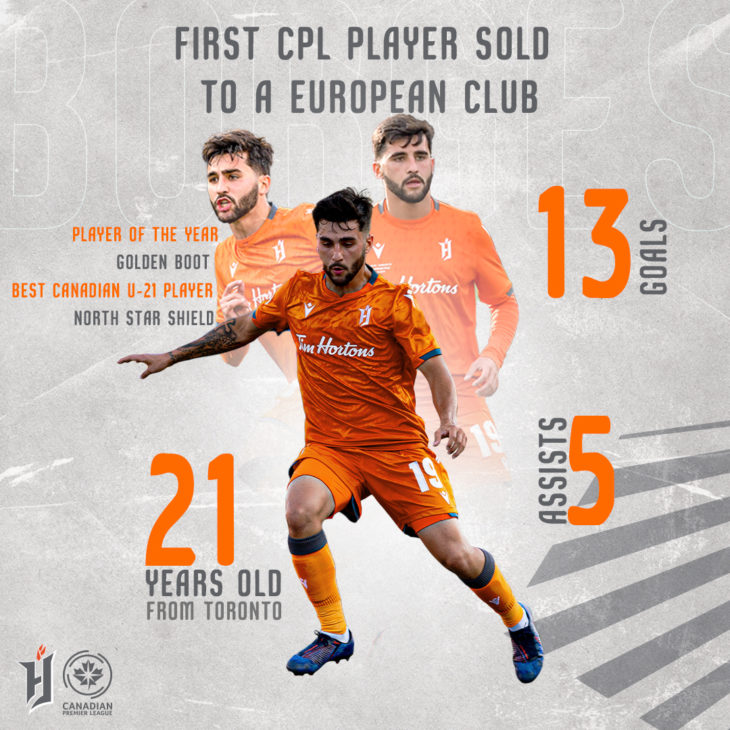 Even though Borges saw limited minutes for Canada over the course of its three games during the January camp, he clearly left an impression on Canadian assistant coach Stephen Caldwell.

“It was his first camp, so it’s difficult to come into that environment and to try to learn the way that we want to play. There’s a lot of information and there’s a very specific style and different fluidity to how we want the system to work, so it’s always hard for a new player, but I thought he took to it really well. At the start of the week, he was a little bit quiet.

“He was obviously finding his way, and then he started to become himself and show the abilities that he has as a player.”

Having previously played in the Netherlands from 2016-18 for SC Heerenveen’s under-21 team, Borges made the most of the opportunity that the CPL gave him last year, using the platform to take a major step in his development.

Now he’s set to play in Belgium where he’ll begin a new and important chapter in his blossoming career.

“I’m just excited for him, man. I told him the same thing. He deserves it. He’s a fantastic kid, and he’s a fantastic player. It’s a culmination of everything he worked for this past season, and everything he achieved. I couldn’t be happier for him,” Forge captain Kyle Bekker told CanPL.ca.

“In terms of the club, it’s great to see that we’re willing to push kids on to do bigger things and pursue their dream.”

Forge coach Bobby Smyrniotis always envisioned big things for Borges when he signed him, and knew he’d be moving on from the CPL at some point.

“He’s definitely done everything in his ability to become a star in this league, to be the best player in this league. His future is bright,” Smyrniotis said of Borges in the aftermath of Forge’s victory to lift the North Star Shield last November.

Indeed, it is bright.