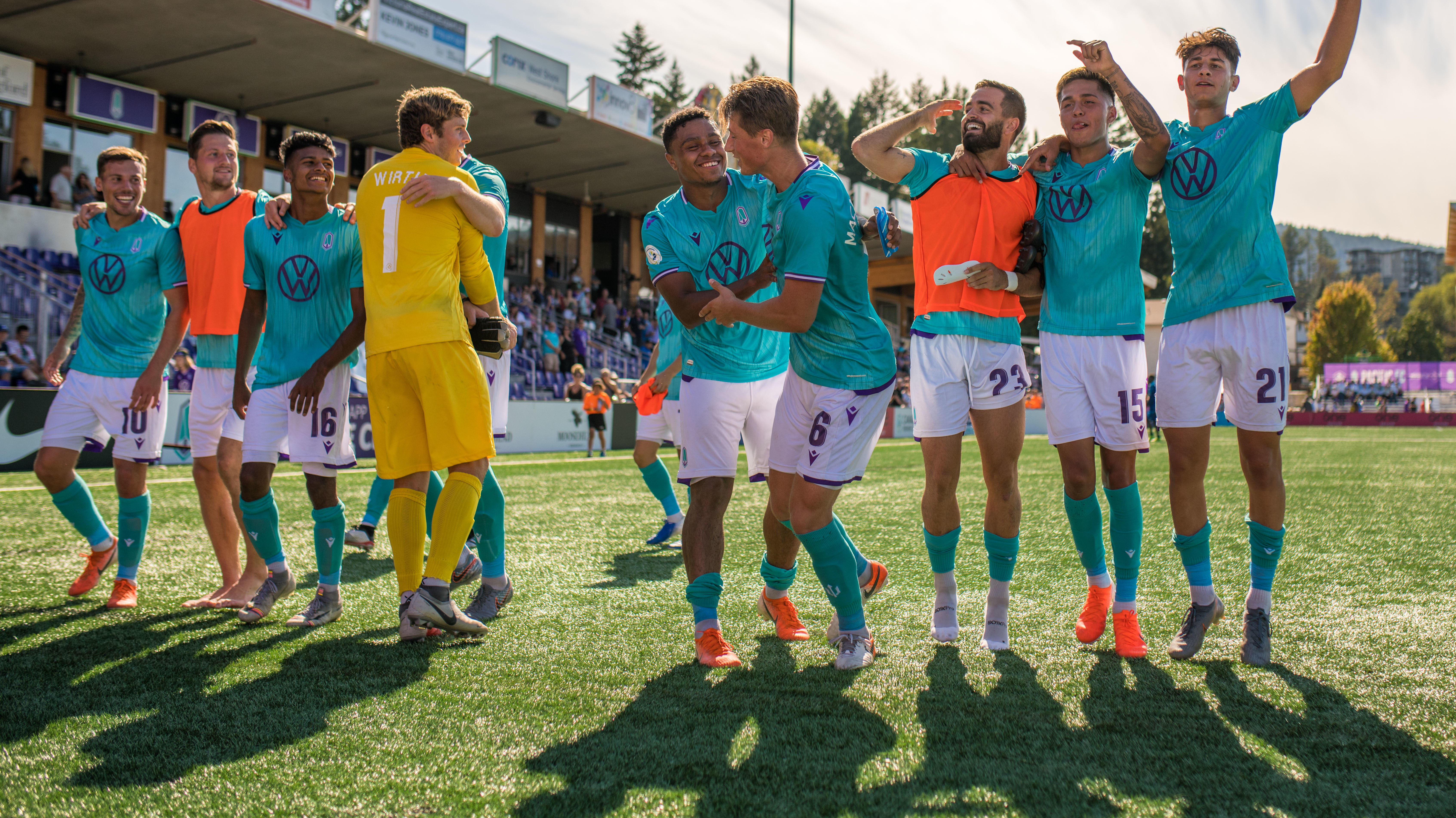 Is Pacific FC a serious contender for the North Star Shield in 2020?

Grabbing two key members of a now scattered Ottawa Fury group, while retaining a young core that is poised to improve again, is a significant accomplishment.

Momentum is certainly on Pacific’s side, too. How far will youngsters such as Matthew Baldisimo, Terran Campbell, and Kadin Chung take them – and how will the incoming veterans elevate this group as a whole?

With Ahmed Alghamdi’s departure, Pacific FC has ruled on all but four players from its 2019 roster, and has 12 signed for the 2020 campaign.

We thought this would be a good time to review: How is Pacific FC’s roster shaping up for Year 2?

To put it bluntly, Pacific FC will #TrustTheKids once again in 2020.

The group of under-21s that smashed the league’s minutes-played threshold last year were all confirmed early in the off-season by James Merriman and his front office: Terran Campbell, Noah Verhoeven, Zachary Verhoven, Kadin Chung, and Matthew Baldisimo

The group combined for well over 10-times that 1,000-minute target in 2019, a move clearly designed towards the future. Merriman indicated as much, saying this group was who they were going to play “from the start.”

“You also saw players have really bright moments and excellent performances and really difficult performances,” Merriman said last November. “Which is expected at a young age – but the great part is we kept playing them. They need to have some of that adversity – expectations and responsibility put on them, if they do have the potential. You see them either adapt and grow, or struggle and be challenged and are unable to adapt.”

If 2019 was the adversity, 2020 is the success that follows the adversity. Campbell clearly grew under the spotlight with nine of his 11 goals coming in the Fall campaign. Chung evolved from tepid fullback to explosive operator, and Matthew Baldisimo flourished in greater roles as the season unfolded at Westhills Stadium.

Newly-appointed coach Pa-Modou Kah will need consistent performers who can elevate the group – something Marcel de Jong should have brought to the side if he wasn’t injured last year. The additions of Jamar Dixon and Thomas Meilleur-Giguère. should help in this regard. Dixon, 30, is a Canadian national team player and a consistent midfielder and right fullback at the USL level. Meilleur-Giguère, 22, is a bit older than the young core of the team, but he should be a quality centre back alongside Lukas MacNaughton.

But will that be enough to improve their second-worst 46 goals against in the CPL last year?

That leaves us with PFC’s big-three unaccounted for going into 2020: Ben Fisk, Marcus Haber, and Issey Nakajima-Farran.

RELATED READING: Uncertain futures: Top 7 CPLers yet to be re-signed or released

Any one of them could find their way back to VanIsle by the end of the season. But will they? Fisk, 26, made CanPL.ca’s list of  seven biggest unsigned players . Fisk must be top priority for PFC, as he scored six goals and a joint-league-high five assists in 2019.

The other two, however, failed to meet expectations due to injuries, fitness or otherwise. Is there even space for Haber and Nakajima-Farran?

Regardless, the Year 1 losses were limited.

PFC gave up a silly amount of goals in 2019. The additions of Meilleur-Giguère and Dixon are a good start to address that problem. But they’ll need more defensive quality to prevent, well, things like this from happening again.

There are several options for Pa-Modou Kah, depending how he wants to shape up defensively. Two positions of need? A stay-at-home centre back and bruising defensive midfielder.

Meilleur-Giguère is a more active centre back and he could be a defensive focal point as an aggressive, ball-tackling defender with more conservative options around him. Is MacNaughton that solid conservative defender? Or do you need another quality centre back?

If re-signed, Alex Gonzalez would be a great option at defensive midfield, if Matthew Baldisimo isn’t ready for the full-time gig.

Oh, and one more piece could fall into place: Pacific FC is reportedly in the running for the “Marco Bustos Sweepstakes” as the Valour FC man seeks a home for 2020.

It’s a move that would make sense for the former Vancouver Whitecap. He fits Pacific’s style perfectly: smart on the ball, direct, and quick. He also possesses an ability to finish some pretty low-percentage chances which Kah could be desperate to add. PFC only had six multi-goalscorers in 2019 – and only Campbell (11), Ben Fisk (six), and Victor Blasco (six) had more than three. The more consistent goalscorers and creators Pacific can get for 2020 the better.

Pacific FC’s future is as bright as a sunny day at Westhills Stadium. Almost every major piece is confirmed for 2020, several big free agents see fit to join, and there are still a few spots to fill. Could Dixon and Meilleur-Giguère be a tip in the Strait of Georgia iceberg? Perhaps Fisk sees fit to stay on VanIsle with a team on the rise, and others join in.