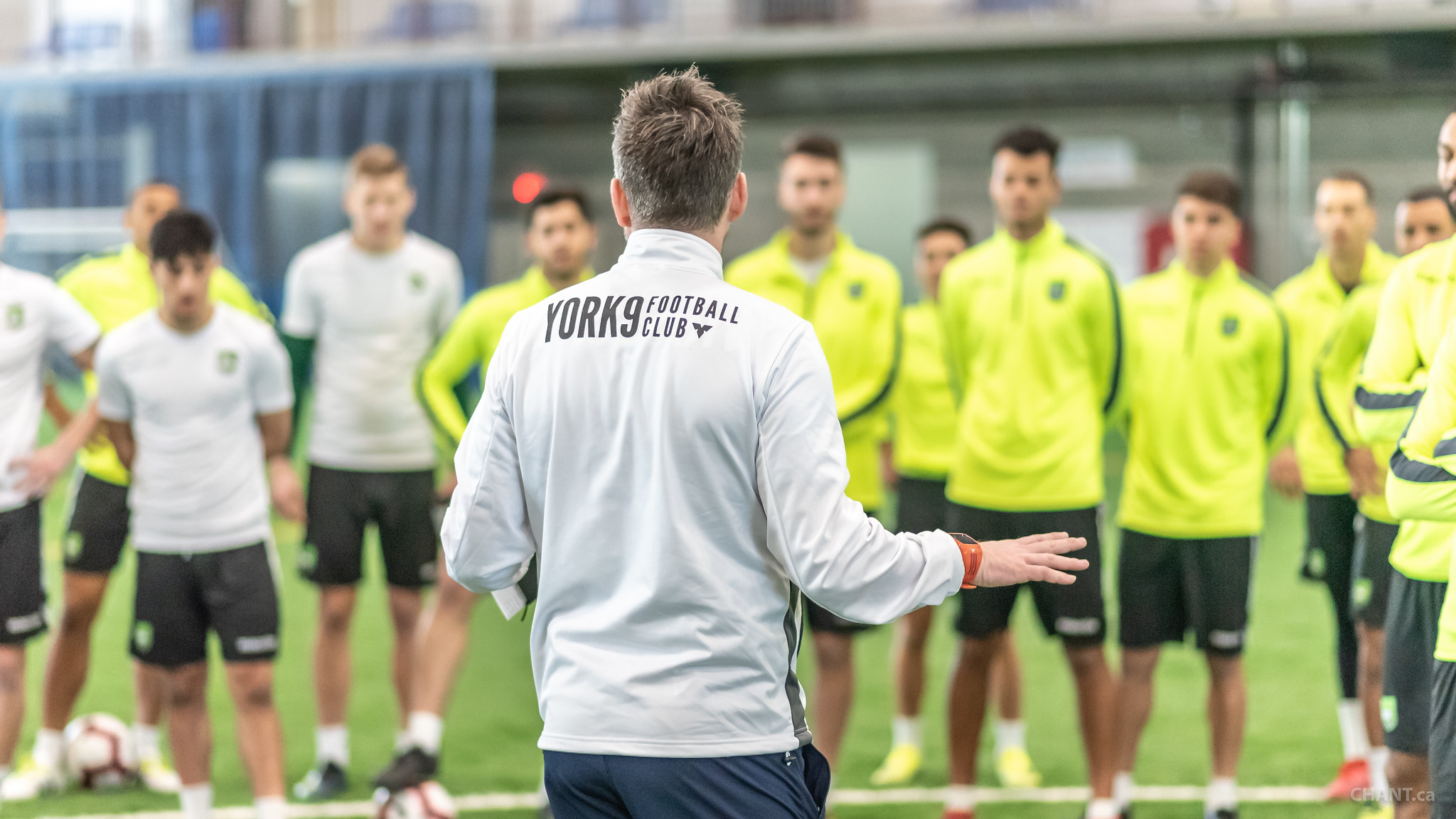 After finishing a (distant) third in the CPL’s overall standings last year, York9 FC will look to break the Forge FC and Cavalry FC duopoly in 2020.

On 34 points from 28 matches in 2019, The Nine Stripes weren’t exactly a championship-caliber team. But, they did offer coach Jimmy Brennan a solid foundation to build upon. Their midfield was stellar, they could score in bunches, and they gave Forge and Cavalry some close calls.

With top tier additions, York9 have also held onto its most crucial players from 2019 – a feat some other clubs haven’t managed.

Just as we’ve done with FC Edmonton, HFX Wanderers FC, Pacific FC, and Forge FC, let’s take a look at how York9 FC’s roster is shaping up going into 2020.

Let’s start with the returning core.

Y9 averaged more passes (409), completed more passes (79 per cent), and delivered more crucial line-breaking passes (18) per match than any other CPL club in the Fall season. So, the fact that CanPL’s top possession-minded midfield has stayed mostly intact is a massive advantage for Brennan as he looks to build on a positive end to Y9’s Fall season.

Wataru Murofushi, Manuel Aparicio, and Joseph Di Chiara, along with newcomers Michael Petrasso and Chris Mannella, represent the best stable of middle-of-the-park all-rounders anywhere in the league. Brennan has every combination of destroyer, creator, and box-to-box operators from which to choose. How they will be deployed is yet to be seen. Perhaps a midfield five?

Brennan has also retained his standout starting back four (well, there goes that five-midfielder idea) with Morey Doner, Roger Thompson, Luca Gasparotto, and Diyaeddine Abzi. If he stays healthy, Thompson could shine this year. Albeit in a small sample size, the Brampton native came on strong after injuries hampered most of his 2019 campaign, placing near the top of all CPL defenders in blocked shots, line-breaking passes, successful passes, and successful aerial duels per 90 according to Sportlogiq.

Now, let’s cover these new signings, which could be the most impressive of any CPL club this season. Petrasso is a proven commodity at MLS, CPL, and the Canadian men’s team level; Mannella has similar background (just include USL); and Gabriel Vasconcelos developed at Corinthians.

These are all impressive free agents and letters of intent to the rest of the league: York9 can bring in the best.

Outside of the perfectly manicured midfield lies a different story. Let’s start with depth pieces they lost, specifically in defence.

As covered in a two-part series on each club’s weak and strong points going into 2020, York9 has lost its defensive depth. Between Daniel Gogarty, Steven Furlano, and Justin Springer, Y9 has over 3,000 league minutes to fill at the back, if Springer does indeed leave the team. Four starters can only get you so far, as we saw in an injury- and travel-heavy Year 1.

Oh, and Ryan Telfer? York’s history-making MVP moved to Cypriot club Nea Salamis Famagusta FC this week, putting a final nail in his 2020 return to York9 coffin. The Nine Stripes will need a player of his quality going forward to compete. Fall matches against Valour FC and Forge FC prove this. Sure, Brennan can find a talented attacker, but can he find the eight goals he’s set to lose with Telfer gone?

Telfer is one of potentially five attackers the Nines could lose in 2020, as is leading scorer Rodrigo Gattas who, judging by the silence on his front, surely won’t be returning to York Region. Coupled with Simon Adjei’s recent departure, unknown and unproven Brazilian quantity Vasconcelos is the only striker on the books.

Oh, to be in Jimmy Brennan’s brain right now.

First off, does he think these attackers are enough to challenge for the North Star Shield? Vasconcelos is your only striker signed, Petrasso can replace Telfer on one wing, and Kyle Porter can play the opposite side. Are these pieces enough to convert on the possession they earn? I’d imagine Brennan thinks this isn’t sufficient. Another top-level attacker is needed. Losing Gattas and Telfer are massive blows and their replacements need to be quality.

As mentioned, Y9 needs a few more defenders. Gogarty was a solid minute-earner in 2019, and the same goes for Springer. Replacing these centre-backs with competent young players, potentially from League1 Ontario, would keep this Ontario pathway alive.

York9’s wish list isn’t that long, truthfully. One or two quality attackers and some bench-worthy defenders is all they need to improve from last year.

How much they will improve, however, is the question. Y9 finished 20 points behind the pace of the Finals 2019 finalists as the third-place team. Are their three newcomers worth a 20-point boon, and will their existing group develop quicker than ultra-young Pacific FC or powerhouse Forge FC?

These moves are promising, sure, but there’s more that needs to be done.