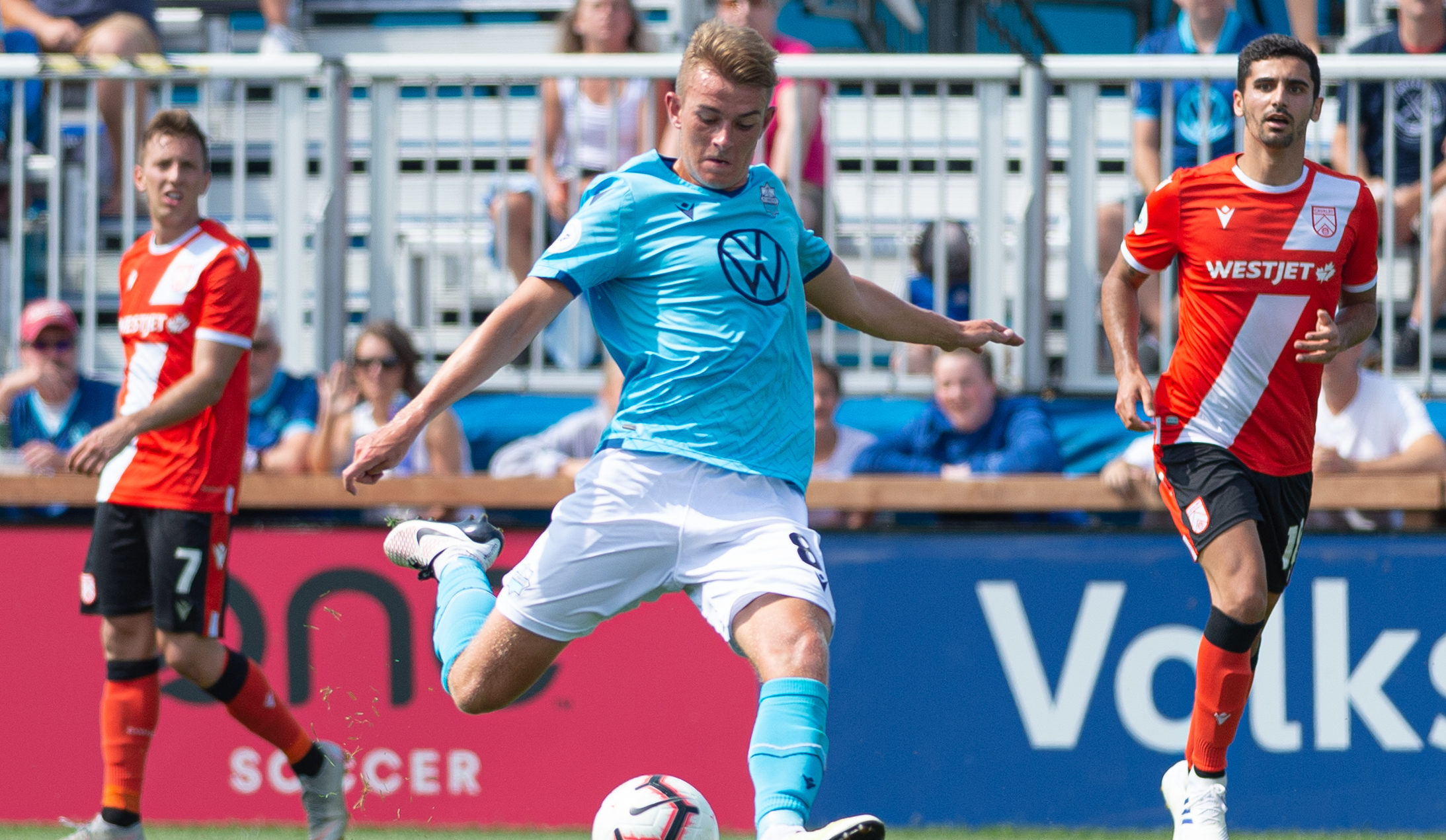 Cavalry announced Wednesday that it has signed the 22-year-old central midfielder who played over 1,000 minutes for Wanderers across 13 appearances in 2019 before being released last December.

“Elliot is a player we admired when scouting or playing against HFX Wanderers,” Cavalry coach Tommy Wheeldon Jr. said in a media release. “He is a great technician that wants to be on the ball and has a very good passing range.

“We like the fact that he’s still a young domestic player with a big upside as he’s already gained a lot of valuable professional experience. Add that to the fact he knows what this league is all about and it gives him a great head start that will help gel him into our playing system right away.”

Simmons, who was born in Luton, England but lived just outside Ottawa as a youth, spent time with MK Dons’s academy in England before moving to Swedish club Dalkurd. Simmons was sent on loan to Mikkelin Palloilijat FC in Finland’s third tier in 2018, making 30 first team appearances.

“I played Cavalry a number of times last season and was always impressed with how good and organized they were technically and tactically,” Simmons said.

“I have been developed in a similar philosophy at MK Dons and Dalkurd and it (Cavalry FC) felt like the perfect CPL club for me to continue my development.”

Simmons has represented Canada at youth level in the past, and is eligible to represent the Reds’ under-23 team at next month’s Concacaf Olympic qualifying tournament being held in Mexico.

Cavalry opens the 2020 CPL campaign away to Forge FC (April 11) and FC Edmonton (April 18) before hosting York9 FC in its home opener on April 25.