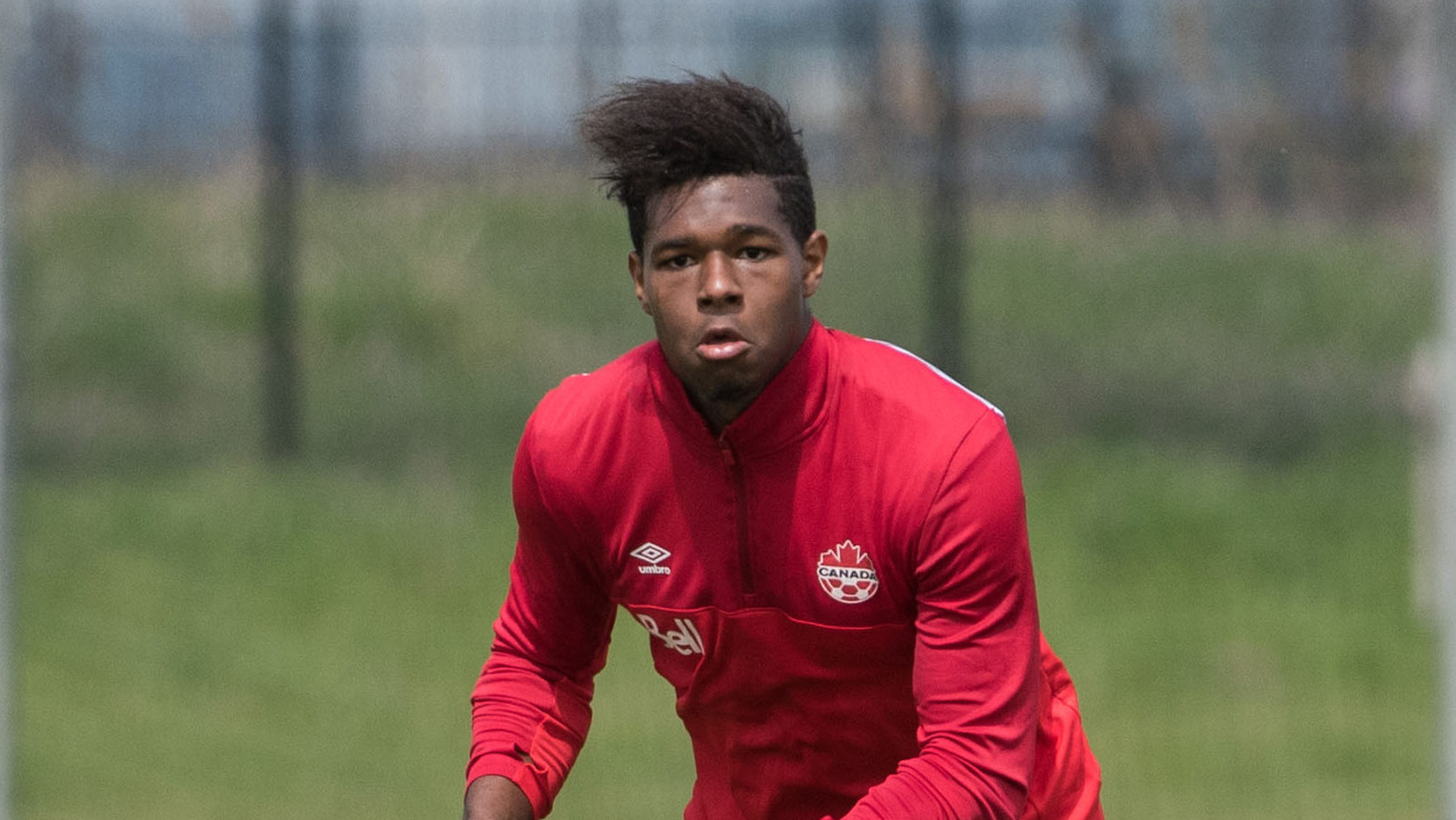 This seems to be the story for many of Atlético Ottawa’s early signings so far: Canadian player training without a pro contract, receives call, and a week later puts pen to paper with the CPL’s newest outfit.

Such was the case for Kunle Dada-Luke, and for Michel Djaozandry. Brandon John also followed the same path to Ottawa.

The 25-year-old centre-half, most recently tied to Orlando City B in USL League One, drew that interest from Ottawa’s scouting staff not long ago (after a trial at Valour FC). Talks snowballed, and finally, John’s phone lit up with a Madrid area code. Fernando López, CEO of Atlético Ottawa, got in touch with John to finalize a deal, and the Canadian international became the first central defender signed to the roster.

“Things kind of moved quickly,” John told CanPL.ca on being drawn to Ottawa. “Obviously being owned by Atlético de Madrid was a big part of it, it’s a big club that everyone knows worldwide. A lot of people admire this club for their work ethic, their passion, and their style of play.

“After speaking to Fernando (López) and speaking about the vision they have for the club here, and how they want to be competitive in this league, it was a very attractive place to play.”

John was born in Saint Vincent and the Grenadines, but he represents Canada internationally, having moved to Scarborough at age seven. He’s appeared for Les Rouges at a number of youth levels, including under-20 and under-23 (but not yet for the senior team). So, as a dutiful supporter of Canadian soccer, he kept a close watch on the CPL’s maiden voyage in 2019.

“Being the first year of course I had an eye on it,” he said. “I tried to watch as many games as I could. I knew it was somewhere that I wanted to end up eventually if possible. To be here now, it’s a pleasure.”

Perhaps John didn’t expect that wish to be granted so quickly. But, with a wealth of experience around North America, from Seattle Sounders FC 2 to SIMA Águilas in Florida, with stops at Erzgebirge Aue in Germany and Vaughan Azzurri closer to home in League1 Ontario, John fit the bill of a classic CPL signing.

In his time at Vaughan Azzurri, John was an important defender for the 2017 L1O Cup champions. Making 12 appearances for the side and scoring the winning goal in the Cup final, John played with a handful of current CPLers, including York9 FC’s Matthew Arnone, Chris Mannella, and Joe Di Chiara. Perhaps that familiarity might help ignite a rivalry between two Ontario sides.

As a six-foot centre-back, John is a kind of player Atlético Ottawa certainly did not have yet, with many of their signings so far more suited to the fast, wide aspects of the game. Having studied the art of German football tactics when he went overseas at age 18, though, John may be just the kind of cerebral, strategically-minded defender Ottawa needs.

Like the rest of his new teammates, John was in Madrid before the club returned home prematurely due the COVID-19 pandemic. Their brief time at the Atlético de Madrid facilities was still incredibly valuable, though, he affirmed.

“Just training at the facility was an amazing experience, getting to finally work with the head coach Mista was great, starting to work on things he wanted to do tactically,” John said. “I was impressed with my teammates for sure. I think (Mista) wants to play an attractive style of football, which we’re all looking forward to.”

The players Ottawa has signed certainly point toward an attractive, wide-oriented style of football, with Ben Fisk set to lead the attack so far and a slate of fullbacks (Malyk Hamilton, Kunle Dada-Luke, Michel Djaozandry) who are just as comfortable up at the front as they are in a backline.

Nobody’s position is yet determined on this fledgling side, and as such there’s no telling how they’ll look when they play their first match. Still, as a player with a traditional standard position, John has an idea of where he’d like to fit in.

“Once we get training again I’m going to be working hard in training to try and win my spot, and hopefully be an anchor in the centre of defence this year,” John said.

For now, though, they’re not able to continue refining tactics. John told CanPL.ca that, like other teams in the league, Atlético Ottawa provided players with strength and conditioning programs to complete while in self-isolation, which he’s been adhering to since returning to the nation’s capital.

“For footballers around the world the situation wasn’t ideal, but I feel like health and safety comes first,” John added.

Eventually, John and his teammates will return to the training pitch, where they’ll finally be able to complete the transformation of Atlético Ottawa from abstract idea to fully-formed football club. For the players awaiting their first game with a new club, that’s a day that can’t come soon enough.