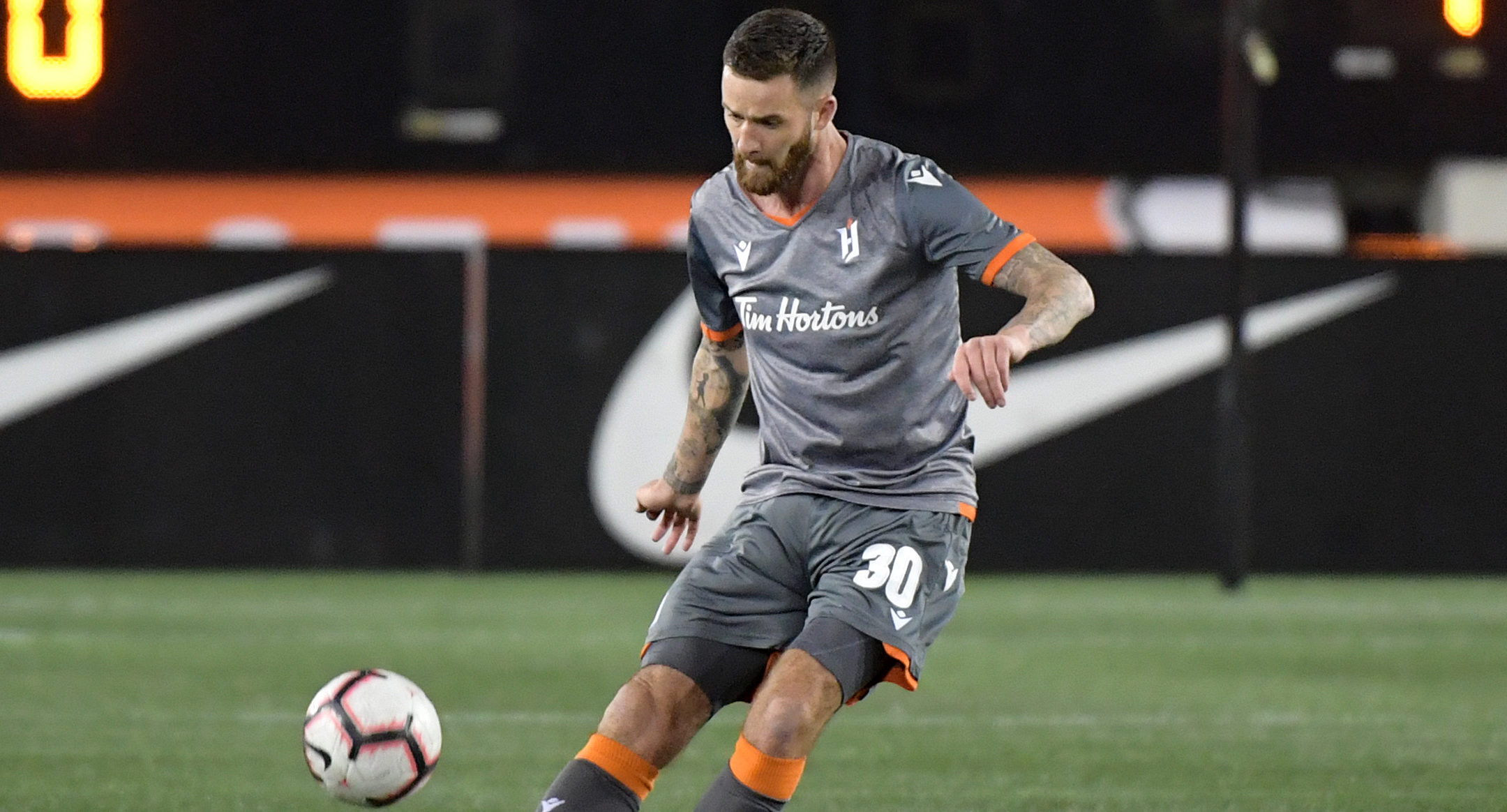 Forge FC defender David Edgar has seen his share of the footballing world, and he’s shared a pitch with some true legends. He’s played in the English Premier League, and he’s banked 42 Canadian national team caps.

The current situation, though? It might be the most bizarre chapter in his 15-year pro career.

“It’s up there, man, if not the weirdest,” Edgar told CanPL.ca this week. “It’s a strange one. It’s just tough, you want everything to go back to normal, but what is gonna be normal now?”

He added: “I feel for some of the young guys who are alone or away from their families and their friends. I certainly think about that, but I’ve got a lot on my plate here with the kids and the family.”

Certainly, Edgar — who turned 33 on Tuesday — is in a different situation to many of his younger CPL counterparts. That’s nothing new, though; from a footballing perspective, Edgar’s journey to the professional game was wildly different from that of the youngsters he shares a pitch with now.

Having left Canada as a teenager to play for his lifelong favourite club, Newcastle United, Edgar clawed out a career for himself across England and, later, North America. Today, Canadian kids have options closer to home, which Edgar believes will keep players from making the overseas jump too early.

“I remember I wanted something here as a kid,” he said. “I would go to (Toronto) Lynx games and stuff with my dad. I was obviously always gonna be a diehard Newcastle fan, and I’m sure most people will have a Premier League club, but why can’t a CPL team be your first love?

“To install that culture in them, at that early age, is massive. To have that to aspire to as a youngster, to want to go play for Forge or Cavalry or Pacific FC instead of wanting to go play abroad, that’s the main thing. To want to play here, to want to develop here. And most importantly know that you can do that, there is a pathway now.”

Edgar has seen cities across Canada — young people especially — embrace their CPL sides, which to him is vital to the strength of soccer in this country.

The way Edgar sees it, the CPL has brought some of the greatest veterans of Canadian soccer — players like himself, Nik Ledgerwood, or Marcel de Jong — back home to aid the development of the next generation.

“I certainly would’ve wanted to learn from someone like myself,” he said.

“I know the boys are constantly asking me about what they think, and I’ll give my bits of advice here and there, but they do have to learn it themselves. They’re not young boys, they’re men. They need to learn things on their own, but I certainly would use someone like myself, or the Ledgerwoods or the de Jongs, to their advantage.”

This is all not to say, of course, that players shouldn’t be thinking big, and aspiring to play in Europe’s top leagues. Just that, perhaps, they should do so pragmatically.

Case in point: Edgar’s 2019 teammate at Forge FC, Tristan Borges. As Edgar pointed out, Borges had tried his luck in Europe before, with his stint in the youth system of Dutch side Heerenveen. He came back home, won a CPL MVP award and a golden boot, and moved to Belgian outfit OH Leuven (who may yet be awarded promotion to the topflight for next season).

“Tristan tried it, it didn’t work out for one reason or another, and then he matured here, had a good season, and he’s trying it again,” Edgar said. “Obviously barring all this that’s happening, he was doing well. And he will do well, he’s fantastic. He’s got the mindset to do well.

“But if they use it as a stepping stone to bigger and better things, of course that’s what the CPL is there for as well. We want Canadian players playing in the top divisions of the world, like your Alphonso Davies, your Junior Hoiletts.”

Indeed, the domestic option wasn’t there for Edgar in the early 2000s. He, and a few others, still managed to climb up the global footballing ladder from Canada, but they were the exception rather than the rule.

With academies and training centres springing up across the country, and CPL outfits finally here to give consistent pro minutes to young players, things are changing.

“I’ve said all along, there’s so much talent in Canada,” Edgar concluded. “Especially at these younger ages, it’s just now (about) nurturing that talent.