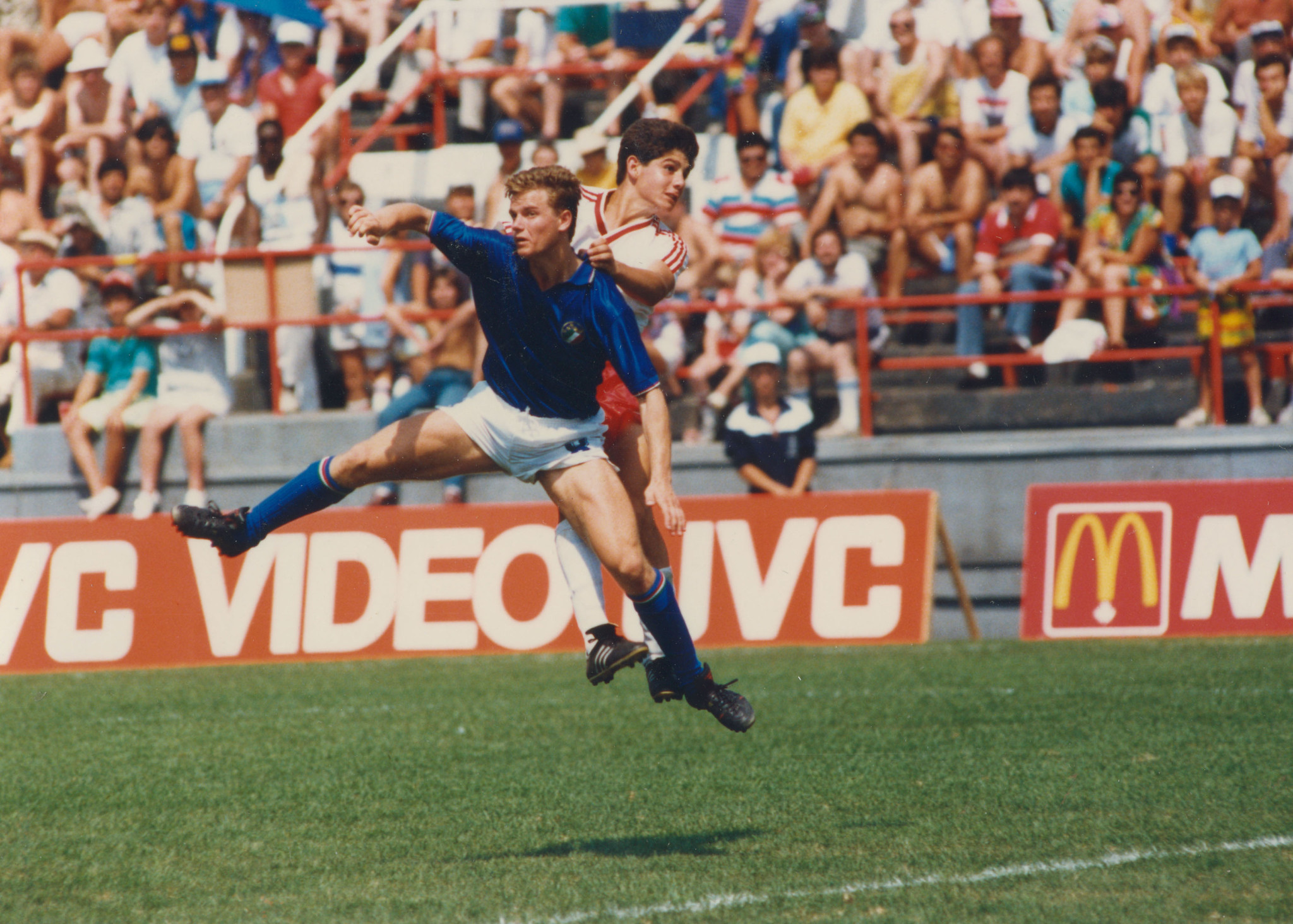 As we covered in our last installment of our Canadian soccer history photo series, pictures on Canada Soccer’s Flickr page can seem eerie – moments previously experienced through grainy footage become clear as day through photographs.

No two decades summarize this feeling better than the 1970s and 1980s.

Canadian soccer was booming – the NASL came and went, the men’s team qualified for a World Cup, and the game was establishing itself as a grassroots sport for the masses – but recorded moments remain few and far between.

It was also the first decades of true Canadian legend-making. We featured future Canada captain Bruce Wilson in our last collection. In this week’s photo gallery, we see Randy Samuel, Paul Peschisolido, and Ian Bridge, who all had distinguished national team careers.

Here are the most interesting Canadian soccer photos from the ’70s and ’80s.

Canada’s under-20 players execute an epic leapfrogging exercise at Lamport Stadium in Toronto. Those expressions say it all.

A young Paul Peschisolido goes up for a header against an Italian defender in the opening match of the 1987 FIFA U-16 World Championship. Canada, who hosted the tournament, lost the opener 3-0.

Drawing lots for the 1976 Olympics

Before football at the 1976 Olympic Games in Montreal drew huge crowds, 16 teams were drawn for the tournament in the most visually interesting lottery broadcast ever witnessed.

A women’s team from Rankin Inlet, Nunavut (then Northwest Territories) pose after a tournament in Fort Resolution, NWT.

Olympic Stadium towers over the Canadians as they face the mighty Soviet Union in a 1976 Olympic Games group stage match.

NASL fashion on display in Vancouver, 1978

The original Vancouver Whitecaps – donning white, red and black kits – in action at Empire Field against the LA Aztecs. Vancouver would adopt it’s more well-known blue-on-blue look in 1979 and move to BC Place two years later.

The team that could. Bob Lenarduzzi, Randy Samuel, Bruce Wilson, Carl Valentine. This Canadian XI would go on to make history that wet September day in St. John’s by clinching a World Cup berth.

Canada qualifies for a World Cup, 1985

Canada defender Ian Bridge battles for the ball against France in the group stages at the 1986 World Cup. Bridge, who played for Swiss club FC La Chaux-de-Fonds at the time, played all three of Canada’s games in Mexico.

Rather scary mascots for the New York Cosmos and Chicago Sting pose for a photo at Exhibition Place in Toronto, host of NASL’s Soccer Bowl ’81.