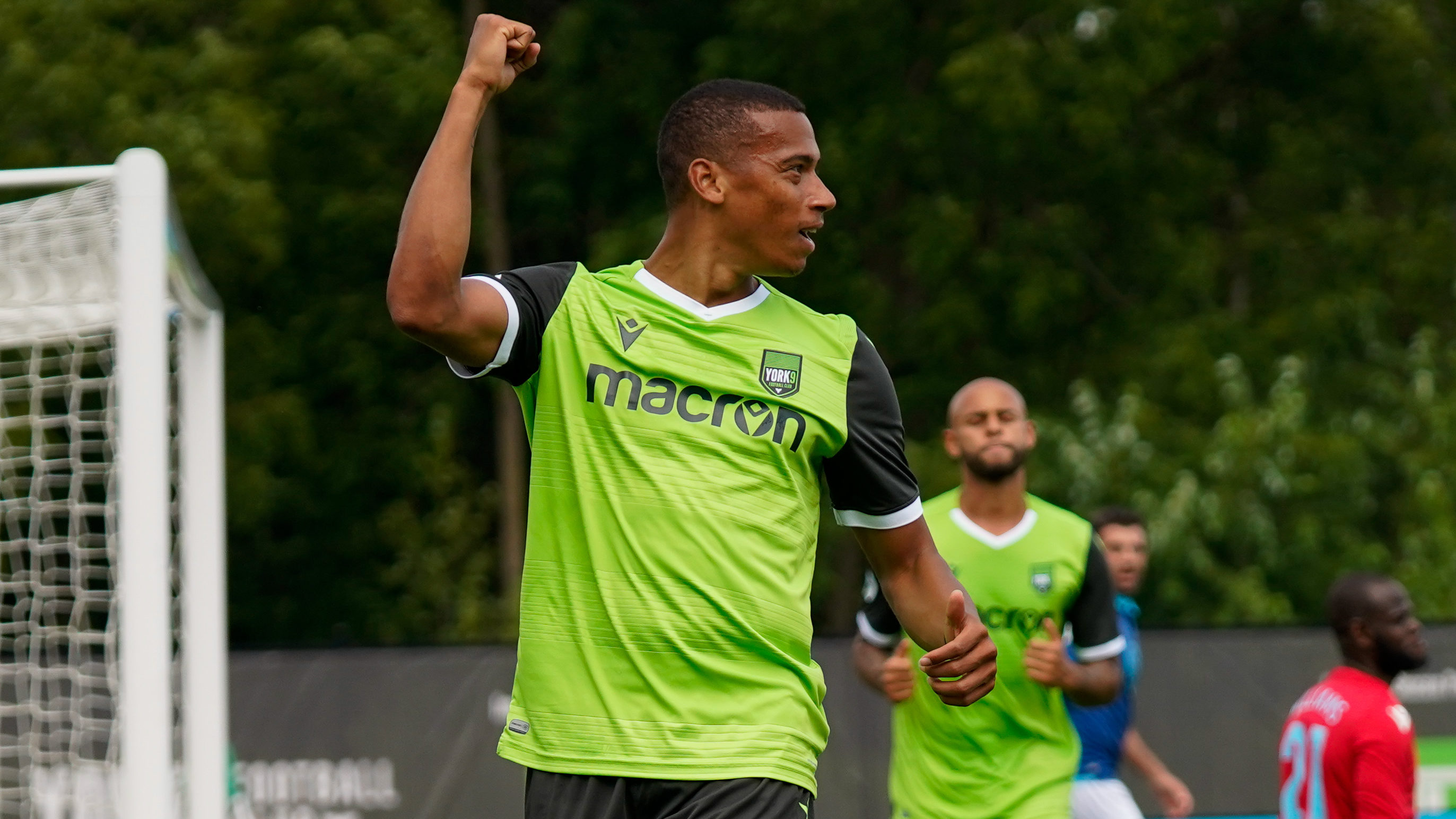 The COVID-19 pandemic has wreaked havoc on the sports world, affecting athletes from all walks of life in a number of ways.

In Ryan Telfer’s case, it resulted in him returning to the Canadian Premier League.

York9 FC announced Wednesday that it had signed Telfer for the 2020 CPL campaign, a move that sees the Canadian-born Trinidad and Tobago international return to the club where he spent last season on loan from Toronto FC.

Telfer, a 26-year-old native of Mississauga, scored 10 goals – including the first in CPL history – in 32 appearances across all competitions last year, helping Y9 to a third-place finish. Aside from firmly establishing himself as one of the league’s top stars in its inaugural season, he also made his international debut, scoring three goals in six games for Trinidad and Tobago.

After Telfer’s loan spell with York9 ended, TFC did not exercise its contract option on him, leaving the talented attacking midfielder without a club. He wasn’t out of work for long, though, as two months later he signed with Nea Salamis Famagusta of the Cyprus topflight.

Telfer’s short-term contract with Nea Salamis expired in May, and because the financial health of the club and the Cypriot league took a big hit due to the pandemic, the two sides mutually decided to part ways, rather than sign an extension. From there, talks between Telfer’s agent and Y9 led to his return to the CPL.

“Obviously, the (Cypriot) league got hit pretty hard… COVID created a lot of uncertainty with the league, and players and clubs. I really wanted to head back home to be with my family while also playing, so I talked to my agent about coming back to the CPL,” Telfer told CanPL.ca.

“I knew things would be hard all over the football world, but if I came home during this time and I’d be playing football, I’d be doing it at home and being with my family.”

Telfer revealed he had options, including “some teams overseas that were appealing to me” and other CPL teams interested in him. But coming back to York9 made the most sense for him.

“I wanted to stick to what I knew beforehand. I played with them last year and built a relationship with the players, coaches and staff, so it was an easy decision,” Telfer said.

Telfer’s time abroad was brief, and he only ended up playing a few games for Nea Salamis. But he walked away with an appreciation for Cyprus, an island nation in the Eastern Mediterranean sea off the southern coast of Turkey, because it reminded him so much of Trinidad and Tobago, where he was raised.

“I didn’t know what to expect, and this was my first time in Europe, so it was eye-opening. They are very friendly people, and it was a surprise to me that everybody there speaks English. They rely so much on tourism, so there was no language barrier. Everyone was welcoming, and the island was laid back; it has a style where everyone takes it easy and there’s not much stress, similar to Trinidad, so it fit the way where I came from,” Telfer explained.

Even though he was on the other side of the world, Telfer kept close tabs on York9, and was impressed with the slew of player signings – especially in the attacking end – made by the club this off-season.

“I kept in touch with York9 staff while I was Cyprus, and I could see from the outside the additions they made were impressive. What they accomplished in bringing guys like (Michael) Petrasso, (Chris) Mannella and (Nicholas) Hamilton, I was surprised how quickly they brought in these guys in,” Telfer said.

“From that point on, when I saw this from the outside, I thought York9 should be able to do a lot of good things for the upcoming season. I was really impressed what they’ve done, and adding me to that mix, I don’t think it’s going to be a fun experience for other teams to face us.”

Telfer signed with Toronto FC in 2018 after featuring for the club’s USL outfit. He showed genuine promise during his debut MLS season, scoring one goal in 15 league appearances, and the Reds sent him on loan to York9 last year so he could get regular playing time.

But instead of returning to play for TFC in 2020, the MLS club did not pick up his contract option. Telfer revealed that Toronto FC left it up to him to decide whether he wanted to fight for a chance to earn a roster spot, or amicably part ways. He chose the latter.

“It was a mutual decision between myself and TFC. What I was happy about was they were pretty honest with me; they said as much as I’d improved with York9, they told me it would be pretty unfair to bring me back. Since I’d become an international for Trinidad and needed minutes, it wouldn’t be fair to me because they told me they were going into the transfer market to sign a big name winger,” Telfer explained.

“They told me it was totally my choice to stay and try to fight for that position. Considering what I did and accomplished at York9, they thought it would be unfair to leave me on the sidelines, so it was in my hands to try to go to pre-season, but I decided to leave. I wanted to play regularly. That was the challenge that I wanted to take in.”

He later added: “TFC were the ones who helped me get where I am today, so there’s no bad feelings on my part at all.”