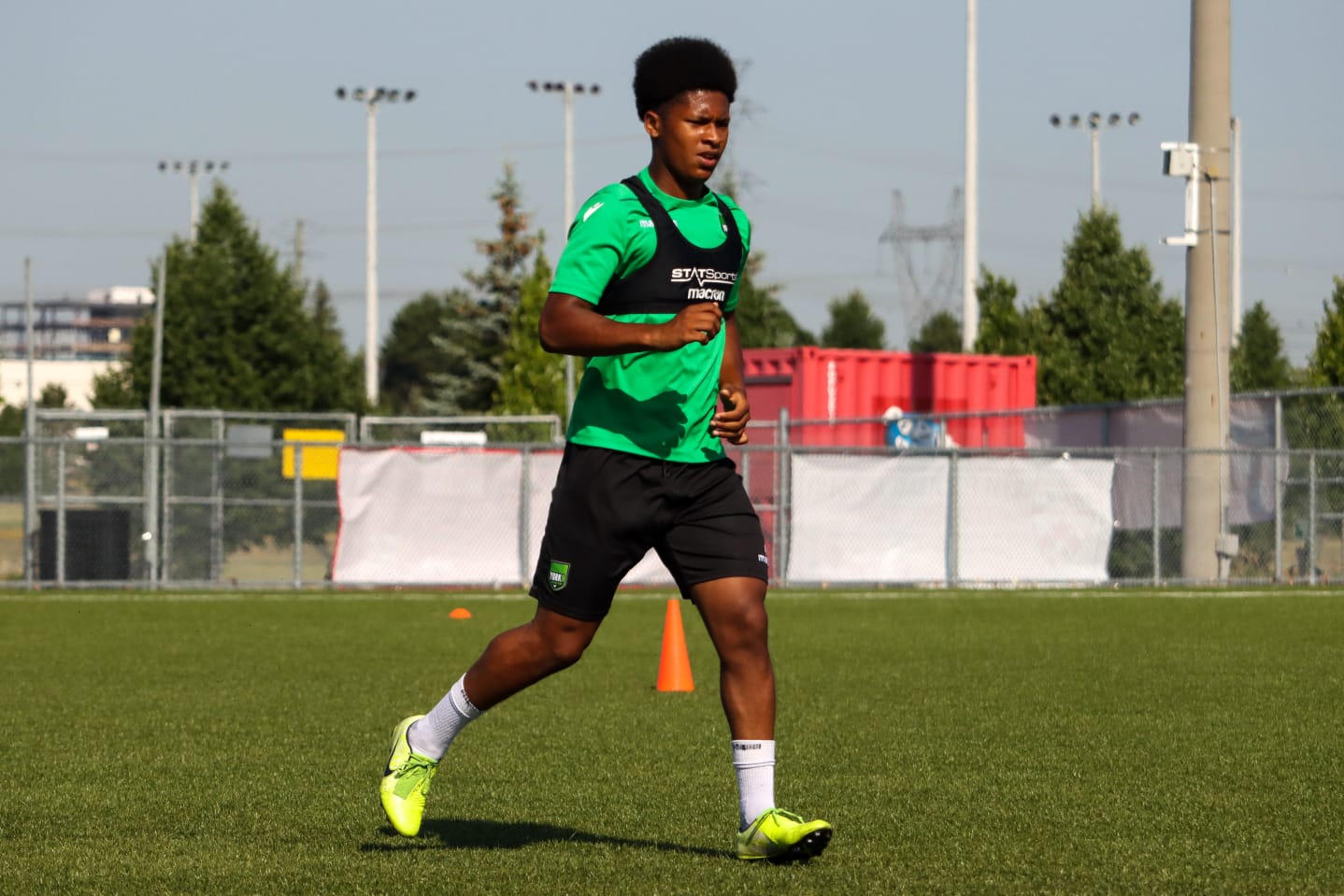 At the same time, the club announced that they have mutually agreed to part ways with Peruvian striker Adrián Ugarriza.

Johnston, an 18-year-old native of Milton, Ont., was York9’s second-round pick (10th overall) in last November’s draft. He came to the club from Cape Breton University, where he had a very successful first season, winning the Atlantic University Sport rookie of the year award as his team went on to win a national bronze medal. He provided a goal and three assists in eight games for the Capers in 2019.

“Being able to sign my first pro contract while still being able to play near my hometown is a huge deal to me. Especially because my family and friends can continue to be there to support me through this journey. I am excited to grow, learn and develop under some of the best Canadian players,” Johnston said.

Johnston is described as a versatile central midfielder, with the ability to play in several different positions. Johnston had been on the Nine Stripes’ radar for a while, having first caught coach Jimmy Brennan’s eye last year as a 17-year-old. He trained with the club briefly during the 2019 pre-season, and joined them on their trip to the Dominican Republic.

Johnston has also garnered some attention from Canada Soccer, having attended two under-15 identification camps in 2016.

“We are delighted he has chosen to sign his first professional contract with the club,” York9 managing consultant Angus McNab said. “I’m sure he’s going to thrive in our environment, and we’re delighted to secure him on a long-term deal.”

The other side of this announcement, of course, is that the 23-year-old striker Ugarriza will not be able to join the club, having been unable to enter Canada because of current travel restrictions. Ugarriza signed with Y9 this past February after playing for Peruvian side Alianza Lima.

“We are really disappointed that Adrian will not be joining up with the squad,” McNab stated. “After (he approached us), we explored every option. We chatted to Adrian and his representatives and it became clear the best chance he had to take to the pitch in 2020 was back home in Peru. With the current COVID-19 situation a loan did not look attractive to clubs in Peru so the decision was made to release Adrian from his contract.

McNab also explained: “There is a human side to this, and at his age he needs to play and we can’t offer that right now. It is a very unfortunate situation and we thank Adrian for his professionalism and maturity — the way he represented himself he will be an asset wherever he goes. York is his club now and I still hope one day he can represent the Nine Stripes.”

Ugarriza, who did meet the club during their brief pre-season trip to Florida in March, thanked the York9 staff for agreeing to release him to find a club in his home country.

“I wish the club all the best and will be Peru’s biggest York9 fan,” Ugarriza said.