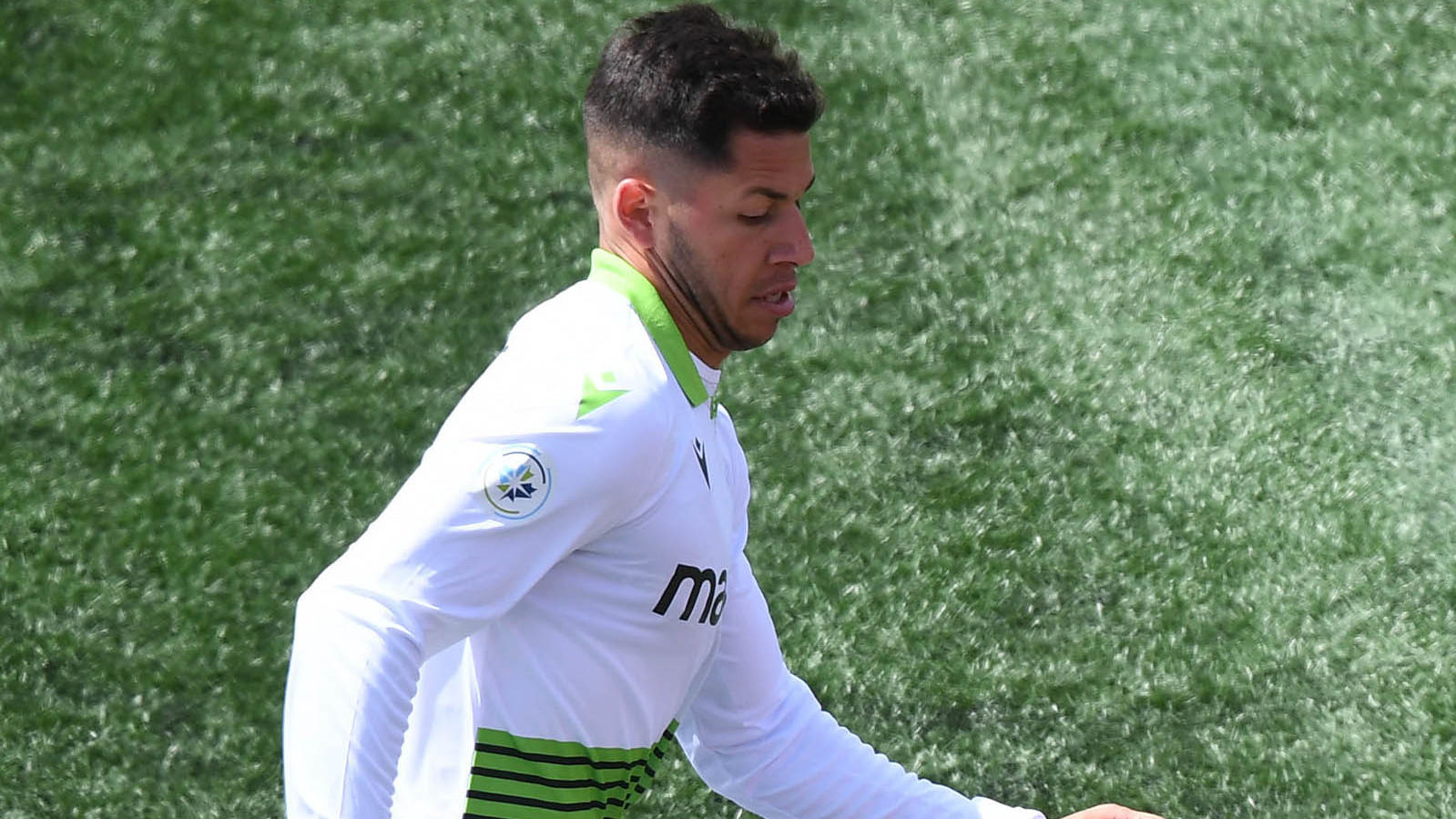 Valour FC continued to fill out its roster on Friday, announcing the signing of former York9 FC attacker Austin Ricci for the 2020 CPL campaign.

Valour also revealed that two players from last year’s roster will be returning this season, with attacker Federico Peña and midfielder Raphael Ohin signing new contracts with the Winnipeg club.

Ricci, a 24-year-old from Richmond Hill, Ont., made 11 appearances in all competitions for York9 in 2019, marking his CPL debut as a substitute in the club’s inaugural match against Forge FC. The Canadian forward recorded one assist, setting up Simon Adjei’s last-minute goal in Y9’s 3-1 win over his new club, Valour, at the end of the Spring season.

He also played in both legs of Y9’s Canadian Championship quarter-finals series against the Montreal Impact last July.

Prior to signing in the CPL, Ricci turned out for League1 Ontario side Vaughan Azzurri, as well as for the Michigan Bucks in the PDL (12 goals in 14 games). Ricci also played NCAA Division I soccer from 2014 to 2017 for the Oakland University Golden Grizzlies, recording 22 goals in 71 total appearances.

Having been released by York9 after the 2019 season, Ricci trialed with Valour this past Spring in hopes of earning a CPL contract. Although he didn’t make much of an impact last year, Ricci is touted as a versatile attacker, with a knack for goalscoring.

Ricci is the 13th newcomer on Valour’s roster, and he joins an attacking core that includes of Daryl Fordyce and Moses Dyer, as well as wingers Dylan Carreiro and Masta Kacher.

“It’s been a long wait,” Ricci told CanPL.ca. “I got to Winnipeg at the end of February for the trials and towards the end of it they told me they wanted to sign me. But before we could agree to terms COVID hit and the whole situation has just prolonged everything until now.

“But as I was in talks with (GM and head coach) Rob (Gale) and (assistant GM/coach) Damian (Rocke) and the staff and they kept assuring me it would be OK and that I would have a place here. They were awesome throughout the whole situation.”

Peña, a 21-year-old winger, made eight appearances for Valour in 2019 – four in the Spring season, and four in the Fall. He first joined the club for their inaugural campaign after several years in Europe, featuring for the under-21 reserve squads of both Gent, (where he played with Canadian national team star Jonathan David), and Standard Liège.

Prior to his stint in Belgium, Peña had played a good deal of his youth football in Winnipeg, having moved to Canada from his native Trinidad and Tobago in 2009.

Although Peña didn’t make much of an impact with Valour in 2019, he should play a more important role for the club this year. The rebuilt squad doesn’t currently feature a deluge of under-21 players, so Peña could be called upon more to help Valour’s youth contingent this time around.

Ohin — a 25-year-old native of Accra, Ghana, who came to Manitoba to play for WSA Winnipeg in 2016 — was a key member of Valour’s squad in its inaugural CPL season, particularly in the Fall campaign. He wound up making 22 appearances in 2019, including two in the Canadian Championship, and he cracked coach Rob Gale’s starting 11 a total of 17 times.