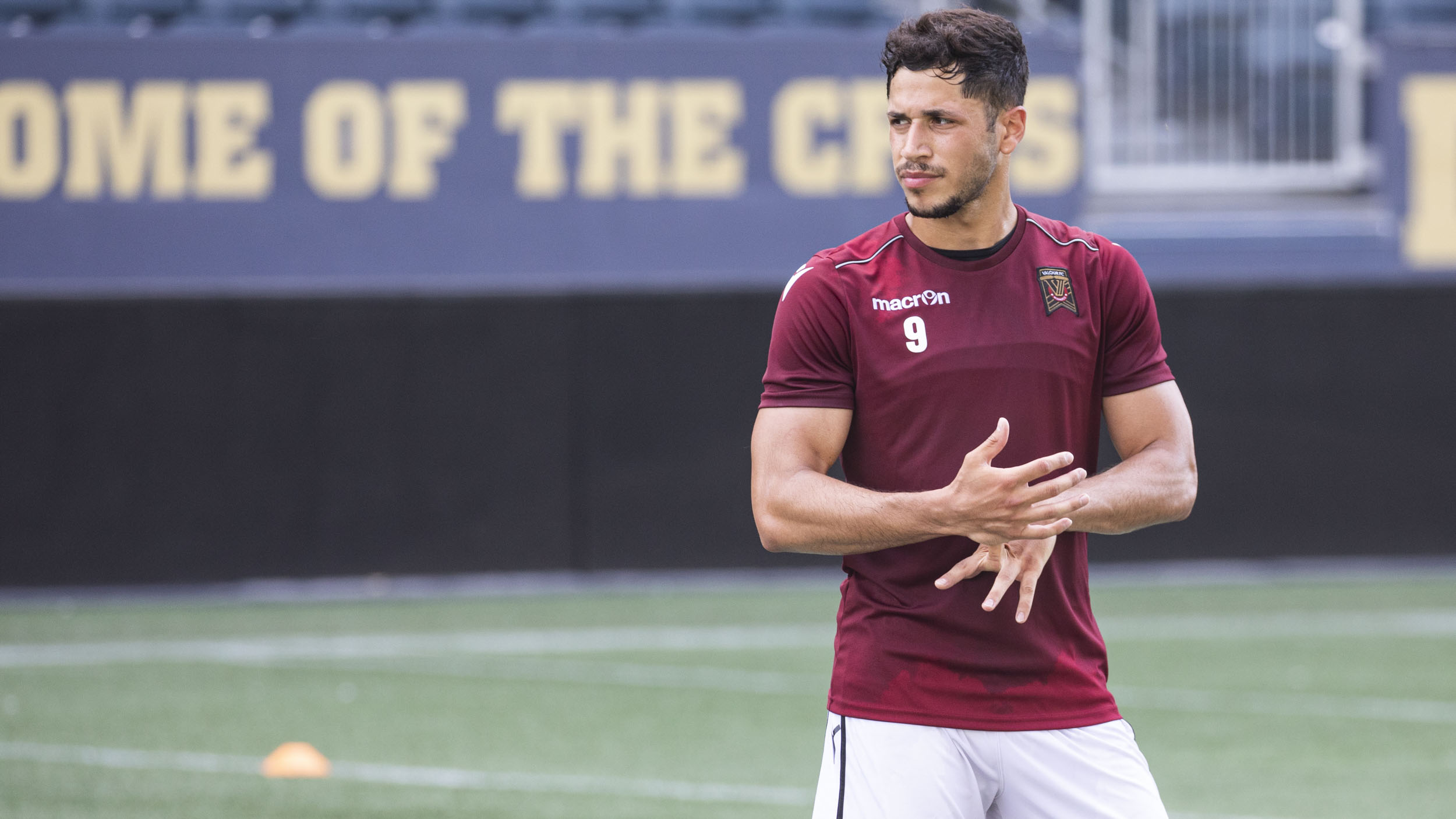 Austin Ricci on joining Valour FC: ‘I want to remind everyone who I am as a player’
2020-07-13
Valour FC
by
Ed Tait, CanPL.ca contributor
News

WINNIPEG – It’s not the kind of statistic the Canadian Premier League would even consider tracking.

But, unofficially, the courtship between Valour FC and Austin Ricci will likely go down as the longest contract negotiation in the young history of Canada’s top domestic league.

Valour made the signing of the 24-year-old forward official last Friday, finally green-lighting a deal that was ready to be rubber-stamped as far back as March during the early days of training camp.

“It’s been a long wait,” Ricci joked with CanPL.ca. “I got to Winnipeg at the end of February for the trials and towards the end of it they told me they wanted to sign me. But before we could agree to terms COVID hit and the whole situation has just prolonged everything until now.

“But as I was in talks with (GM and coach) Rob (Gale) and (assistant GM/coach) Damian (Rocke) and the staff and they kept assuring me it would be OK and that I would have a place here. They were awesome throughout the whole situation.”

Ricci has spent the last few weeks in a hotel, but just a few days ago found accommodations in town with new teammate and roommate Stefan Cebara. And as Ricci gets accustomed to his surroundings it turns out he has already made an impression on the Valour coaching staff.

In fact, that imprint was almost instant when the team began physical testing when camp first opened in March.

“He came in for the early part of pre-season a week early and we’ve seen that he has a surprising amount of power and speed to his game,” Gale said. “In all of the pre-season testing back in March he came out strongest in the team in a lot of the power lifts and in the sprints he’s right there with Raph Ohin and Stef Cebara as possibly the fastest player in the team. Those are all good attributes for a centre-forward – power and speed.”

Ricci, a product of Richmond Hill, Ont., comes to Valour with a history of finding the back of the net. He had 22 goals in 71 matches for the Oakland Golden Grizzlies during his college days; had 12 goals in 14 appearances for the Michigan Bucks in 2017-18 and then had five goals in five matches for League1 Ontario’s Vaughan Azzurri in 2018.

He signed with York9 FC last year and made nine appearances, but did not score and did not have his contract renewed for 2020. All of which has brought Ricci to Valour with a fresh opportunity but an eagerness to flash his skills again.

“It was a learning experience,” Ricci said of last season. “It didn’t go the way I would have liked. Obviously I would have liked to have been more involved and gotten more minutes. Still, there are points I can take from it and learn and put towards this year like dealing with adversity and how to overcome certain situations and how to stay mentally strong.

“It wasn’t what I wanted or what I expected from myself because I know what I’m capable of and I know I can do much more.”

Gale hopes Ricci can be part of a group that helps offset the goals lost by the departures of Marco Bustos, Tyler Attardo and Michael Petrasso from last year’s squad.

“All the tools are there, now it’s a case of using him in the right way and keeping his confidence high,” Gale stated. “He’s got a ton of potential. He’s still very young. Plus, he’s a really good dude. The more we’ve got to work with him and got to know him, he’s a great team guy who is good in the dressing room.

“He also has a point to prove as well, I think, as things didn’t quite work out with him as he would have hoped with York last year for whatever reason. But at all his previous levels he’s got a terrific goal-scoring record at the semi-pro and collegiate level.”

The second son of a soccer-mad family – his father Angelo both played and coached, while his mother Ornella and older brother Chris also played and are mad about the game – Ricci will bring an intriguing mix to Valour.

After all, that touch around the goal and a drive to prove that last year was an anomaly could potentially be a powerful combination.

“No one knows what’s going to come of this year,” Ricci said. “But, short-term, I want to improve on last season. I guess because I didn’t get the opportunities I was looking for last year people may have forgotten me.

“I want to remind everyone who I am as a player and show this league and this country what my qualities are and what I’m capable of.”