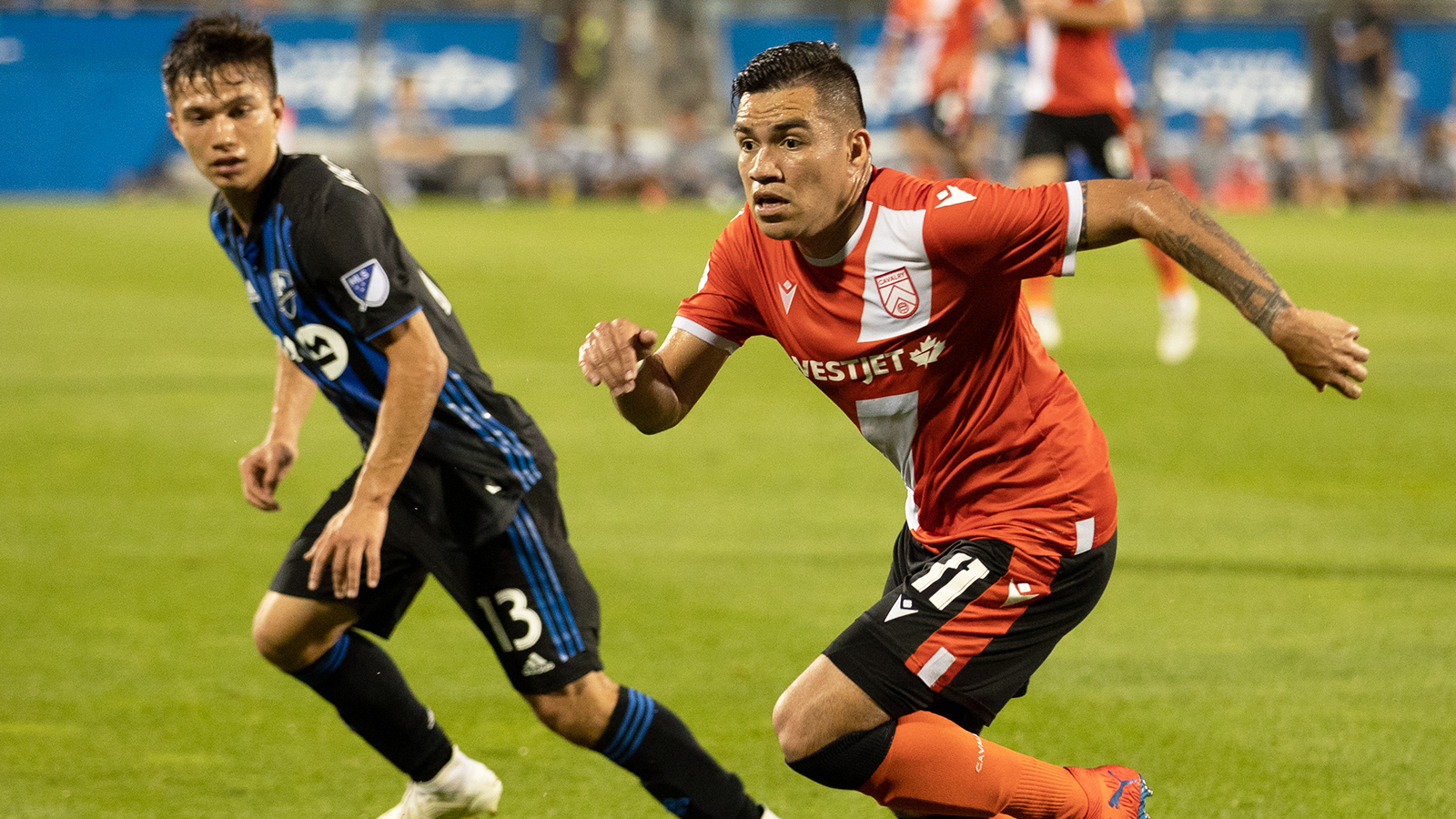 The CPL’s return to training protocol amidst the COVID-19 pandemic has allowed teams to get back onto the pitch, but some players remain estranged from their clubs.

In Cavalry FC’s case, they are still without star international wingers Jose Escalante and Richard Luca, even though the Calgary club has been back in training for close to a month and a half.

The pair are stranded in Honduras and Brazil, respectively, waiting in their home countries for a chance to join the Cavs should there be a 2020 CPL season.

As the Canadian border remains closed, Cavalry coach Tommy Wheeldon Jr. has been forced, for the time being, to look elsewhere to fill out his roster, giving trials to some local teenage talent – and an unnamed Canadian men’s national team attacker – in training camp.

“We have some local teenagers who have been really exciting. They could be used up – same goes for this Canadian international. He’s a free agent,” Wheeldon Jr. told CanPL.ca.

“For these international players (Escalante and Luca), if they don’t have enough time to get in camp, will they even get fit enough to perform?

“We have to be fair to these players, both with contracts agreed and expectations. It’s tough for us to bring a player in for two weeks before a tournament like this.”

Losing Escalante would be a big blow for Cavalry. A rough-and-tumble winger, the 25-year-old made a habit of getting under the skin of opponents in 22 CPL appearances last season, including both legs of Finals 2019.

“He’s a quality character. I know he had that bad boy image around the league, but off the pitch he’s a terrific human being,” Wheeldon Jr. said. “He just adds something. He draws players away, there’s that incredible quality, but if it doesn’t work out, he knows we’ll try to keep him involved.

The potential loss of Luca, meanwhile, could be another major blow for the Cavs, with Wheeldon Jr. claiming the former Brazilian under-17 and Barcelona target would be “different than anything the league has ever seen.”

Cavalry has 21 players under contract for the 2020 season, including Luca and Escalante.

Meanwhile, Wheeldon Jr. and the Cavalry players in camp are patiently awaiting the next phase of the CPL’s return-to-training protocols, which includes full contact.

“Once we get to that contact training, we almost have to train again,” forecasted Wheeldon Jr. as he recalled the club’s six-week run on the socially-distanced return-to-training program. “The time we have that’s allowable for contact or intra-squad games, that’s where we’ll find out where we are tactically.

“It’s a lot different doing a drill with no pressure than having a guy at your back, a defender pressuring from the front and a bad ball in – that’s where players will have to make up some magic.

“That (next phase) is the vital one.”

RELATED READING: Robert Boskovic finds new challenge in CPL with Cavalry: ‘I need to prove myself’

Wheeldon Jr., along with assistant coach Martin Nash and goalkeeping coach Jordan Santiago, have been “pushed to their limit” during these training sessions, as they find new ways to keep players in a competitive spirit.

“Our players are boxers training for an unknown fight date. You can only do that for so long before it makes it tedious. It has brought our coaching staff to the maximum. It’s forced us to create an enjoyable place to come to work, but also a competitive one,” Wheeldon Jr. offered.

They have, however, found ways to spark a competitive flame amongst the group.

“Every single day we have a different level of competition; soccer tennis, soccer golf, finishing drills, relay races… We have to compete in other ways,” Wheeldon Jr. said.

Of course, as Wheeldon Jr. points out, an announcement about a 2020 CPL season could happen at any time. Keeping players on the front foot is imperative.

“All we can do is make our players as physically, mentally, and technically sharp as they can be,” he said.