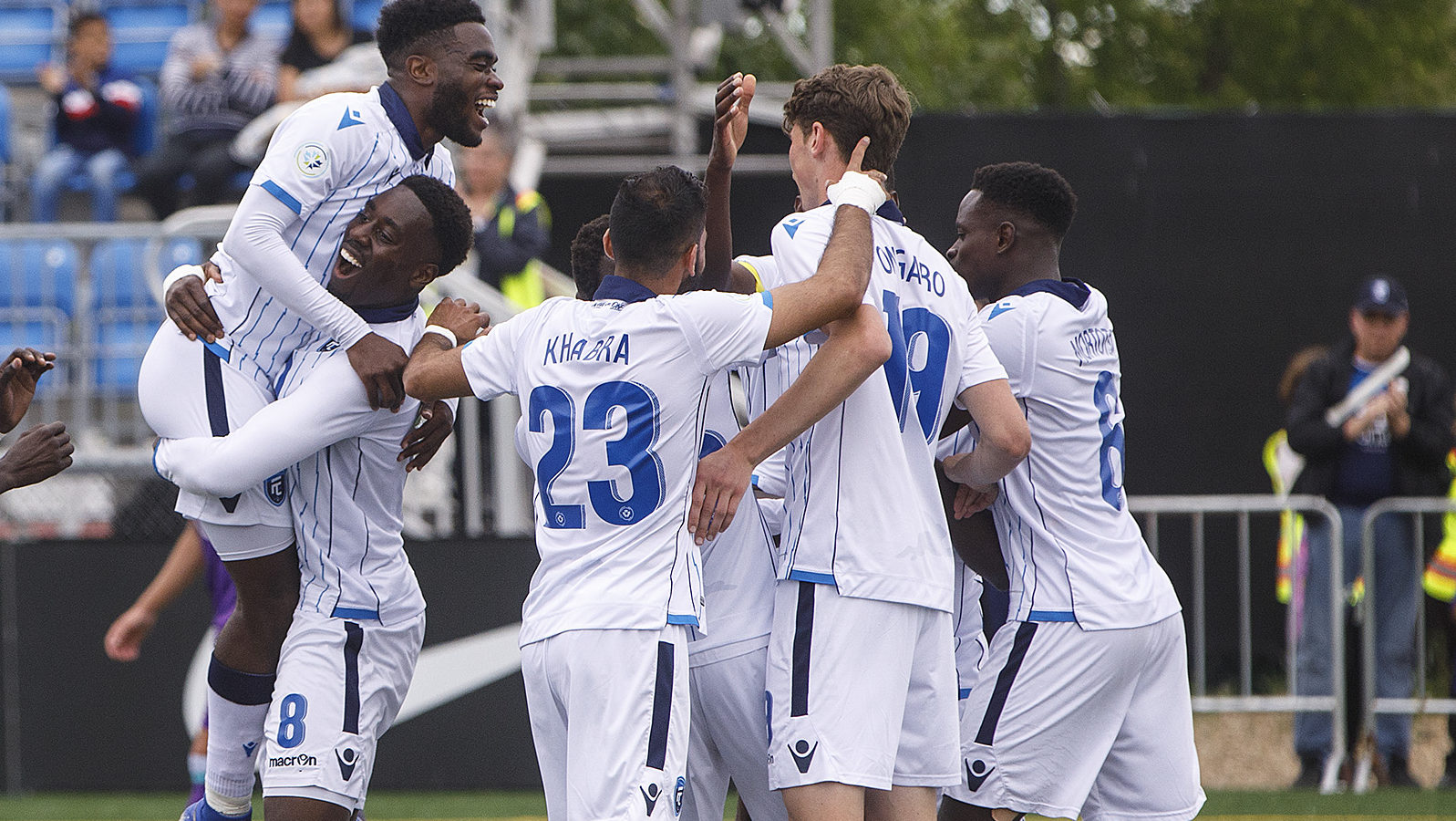 It’s been a while since we heard from FC Edmonton coach Jeff Paulus at CanPL.ca. That does not mean, however, that little has been going on in the Albertan capital.

On the contrary; there’s plenty to talk about with the revamped FCE squad that’s now been back in training for about a month.

After the club finished fourth in the overall CPL standings last year, posting strong results in the Spring and early Fall before running into a dry spell of scoring, Paulus certainly saw room to improve for 2020.

With the roster now effectively complete in Edmonton — 21 players are in camp at the moment — Paulus’ team is taking shape, and he’s looking ahead to whenever that first matchday comes.

The Eddies’ coach, always a resounding voice when it comes to singing his players’ praises, chatted with CanPL.ca to provide an update on where things stand for FCE at the moment.

In 2019, FC Edmonton’s greatest weakness was the overwhelming right-footedness of its squad. With very few players on the team comfortable playing on their left foot (leading to a number of righties having to line up out of position on the left flank), opposing teams could more confidently overload one side.

Paulus made addressing that issue a priority this off-season. He brought in Duran Lee to play left fullback, and he added Hanson Boakai and Keven Alemán to the attack, as well as youngster Chance Carter.

“I think any manager not learning at every moment is someone that’s gonna get stuck behind the times,” Paulus told CanPL.ca. “But I certainly learned from my mistakes, and one of the mistakes I made was not recruiting enough left-footers last year. It wasn’t on purpose, I tried to bring in some, it just didn’t work out for me.”

Now, he says, the Eddies will be a much more well-rounded threat, from all areas. Last season, it was apparent that he wanted the club to play from out wide, often in a favoured 4-3-3 setup, but it wasn’t always feasible with the personnel they had.

“I think you’ll see a more balanced attack,” Paulus explained. “We’ve got wide players that have fantastic crossing ability. Jeannot Esua for example, with his pace and power, regardless of what some of the OneSoccer people might say, I know I’ve got the best right back in the league.”

He added that Lee is similarly capable of pinging in a cross from the left. Plus, the towering Easton Ongaro and Tomi Ameobi in the middle certainly make a crosser’s life easier.

Balance, though. That’s the key word; the attack can’t be just crossing from the wings, can it?

“What we’ve added though, with Keven Alemán and Hanson Boakai, is two players that can play as number 10s, who excel in the half-channels, excel on the inside spaces,” Paulus said. “They’re very good one-on-one, they can unbalance opposition, they’re quite often gonna require a second defender to come and help shut down their space.”

Unfortunately, not all of Paulus’ off-season aspirations have quite worked out. He told CanPL.ca that Peruvian attacker Raúl Tito will, sadly, probably not be joining the Eddies this season due to pandemic travel restrictions. That said, Paulus affirmed that he’d like to keep Tito on board, and hopefully get him into the team in 2021 if possible.

The coach added that Alemán, who had been with his family in Costa Rica, only arrived in Edmonton last weekend, and so he’s still in mandatory quarantine before he’s allowed to join the squad.

Despite revamping the roster for 2020, Paulus is adamant that one thing will not be changing: his commitment to producing and developing young local talent. The Eddies’ squad, as of the beginning of July at least, is on average the second-youngest in the CPL.

“I get phone calls all the time for some of the players that might be at some of the other Canadian academies, getting offered these players, but I’m gonna continue with our own U-20 reserve team players, stick with our own kids here,” he said.

Paulus pointed out that 16 former FC Edmonton academy players now have CPL contracts. From there, he launched into a full breakdown of all the youth in FCE camp at the moment. He told CanPL.ca that Prince Amanda, unfortunately injured at the moment (but who will hopefully be back before the season begins), had a spirited start to camp, as did the pacey Marcus Velado-Tsegaye.

“Anthony Caceres and Chance Carter were players that I recommended to the Whitecaps and sent to them out of our academy,” Paulus said of the two newest youngsters. “I think Anthony Caceres has a real chance to turn some heads. He’s a Latin American-born player that grew up in Edmonton, but he’s got that bit of flair to him, he’s got a nastiness to him, and he’s just the type of player that I love.”

Most impressive in camp so far, though? The prolific Easton Ongaro.

The six-foot-seven striker, who bagged 10 goals in 2019, apparently trained briefly with the Vancouver Whitecaps’ U-23s before reporting to camp in March. After impressing with his skill on the ball as a CPL rookie, it sounds like Ongaro has expanded his skillset for his sophomore pro season.

“He’s right now one of the top three fittest players on the team as far as our running testing goes,” Paulus revealed. “He looks stronger, bigger upper body. Yeah, he looks like a real handful at the moment.

“Sky’s the limit for this kid, and I’ve said that before last year at times but he’s blowing me away in camp. He’s been that good.”

Any time a player of Ongaro’s size is one of the fastest and fittest on the pitch, it’s certainly a tough afternoon for centre-backs.

How to cope with socially-distanced training?

Finally, Paulus gave some insight into how it’s all coming together in Edmonton. With strict health and safety protocols in place, CPL clubs haven’t quite been able to practice tight man-marking and tackling on a broad scale.

Still, coaches have been adapting and getting creative with drills and tactical work.

“We limit touches to three-touch, so that gives the defending team a chance,” Paulus explained. “But the ball has to be moving, and that means players are having to always adjust their defensive shape. The only way they’re gonna win the ball is by intercepting it, which means they’ve got to get their defensive organization set early if they want to start intercepting passes when there’s no tackling.”

The FCE gaffer argued that, as long as you’ve got your shape and you’re in the right place, the actual act of tackling will come back from muscle memory. So, unlike some other theories from around the footballing community, Paulus thinks we’ll see fewer goals once CPL soccer resumes.

That said, frustration does naturally begin to mount when you can’t quite replicate a complete gameday situation in training.

“I think until you can really replicate what a real match is gonna be like, tackling for example, and that type of intensity, then I think you’re not really satisfied as a player in training,” Paulus admitted.

“It’s not real, though. I’ll commend the players for putting up with it and doing it, but we’re getting anxious now.”

Like the rest of us, Paulus is crossing his fingers for the CPL to return soon.