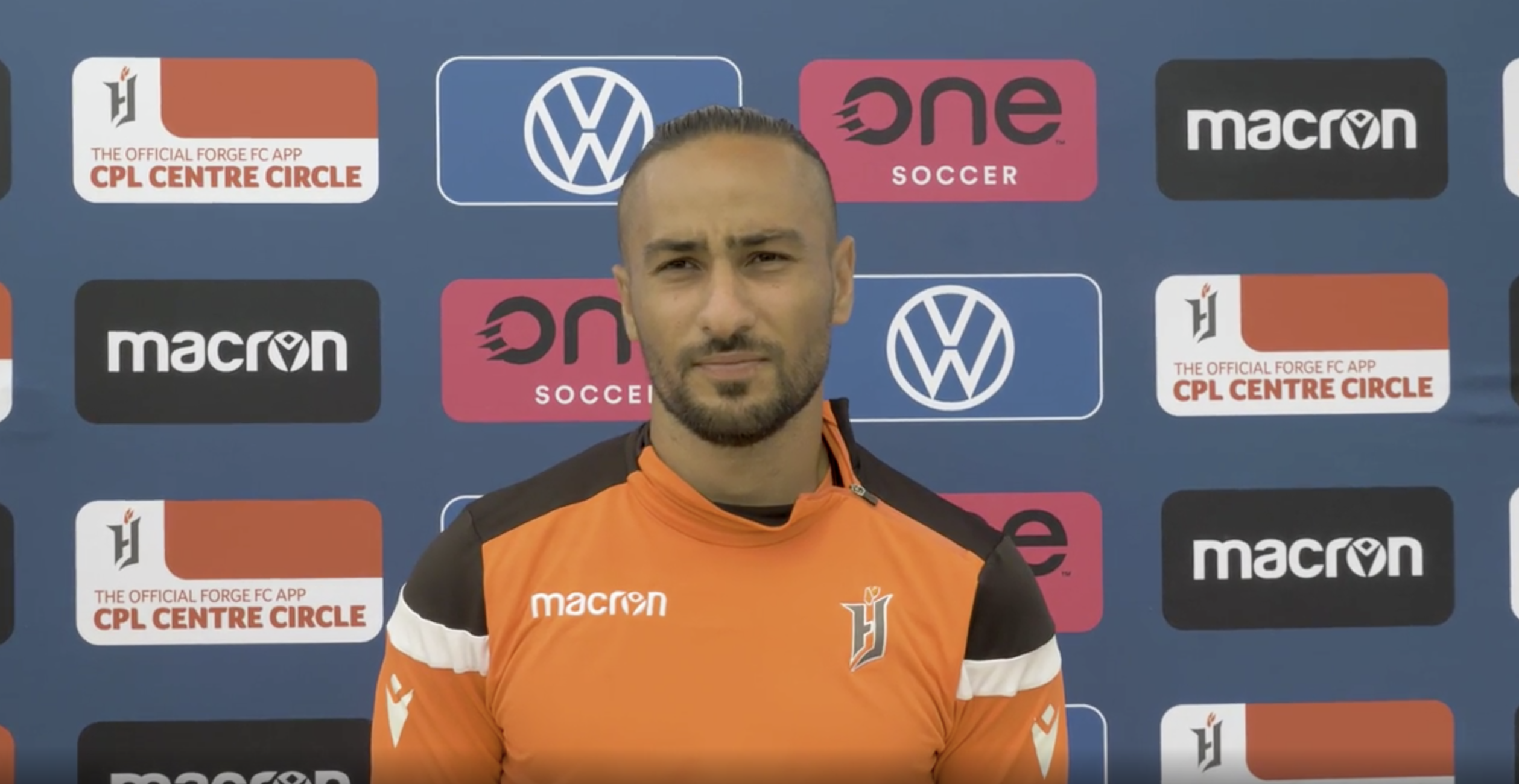 We learned this week that the name Mo Babouli still means something in Canadian soccer circles.

Although he hasn’t really appeared on a major stage since leaving Toronto FC in 2017, Babouli’s arrival at Forge FC made quite the splash. The confident forward’s pace and footwork has earned him plenty of supporters over the years (as well as a few detractors); he’s even had a share of CPL fans picking him as a 2020 Golden Boot dark horse.

It hasn’t necessarily been an easy road from MLS to the CPL, though. Babouli left TFC (with 20 appearances to his name) in 2017, and since then, he’s gone from League1 Ontario to the Syrian Premier League, and then from arena soccer in Mississauga to the CSL.

Although Babouli’s name had floated around the CPL rumour mill for a while, he made it clear to CanPL.ca that he was never very likely to sign for a club other than Forge.

“At different times, at different points, there were (other clubs interested). None that I would say I considered seriously,” Babouli said. “A lot of different factors for different clubs, and it didn’t work out the way I’d feel comfortable with it.”

Babouli told CanPL.ca that he’s been training with Forge for about six weeks, indicating that the chemistry might be starting to form with his new teammates.

As a former Toronto FC III and Sigma FC player, Babouli knew all about Forge coach Bobby Smyrniotis from League1 Ontario. Babouli would’ve run into the Smyrniotis-coached Sigma FC time and again during his tenure with the TFC academy.

“I grew up playing against Bobby, and then I played with him eventually and I know a lot of the guys on the team — we’ve either played together, played against each other, met up at the national team at some point or whatnot. It’s probably just a comfort zone that I have there,” Babouli explained.

“Even in the off-seasons and stuff like that we would all train together. The soccer world is pretty small, so everybody knows everybody. Everybody’s friends with everybody, especially when you’re around the same age.”

Many Canadian soccer fans who remember Babouli, however, will primarily recall his time with Toronto FC. He was always an exciting player, quick on the ball and explosive in the box.

In the three years separating now from then, a lot has happened; is the Babouli who signed with Forge the same player as he was?

“I’m pretty sure (I play) the same style,” Babouli stated. “That hasn’t changed. I would say maybe the soccer knowledge and the maturity grew, and just being able to contribute as more of a leader in that sense.”

The 27-year-old added that, having learned enough about himself as a player, he’s not afraid to stick up for himself. He was always a fiery player, even as a youngster at TFC, and he’s as confident as ever in his own abilities.

“I feel like I found the comfort zone in the way I play and in what I know how to do,” he said. “If I’m put in a certain situation where I’m uncomfortable, or if I feel like I’m not being utilized the way I should be, I’m not afraid to have a chat. I don’t feel that that’s going to be an issue, I speak to Bobby pretty openly and he speaks pretty openly back.”

Getting to where he is now, and returning to the fully-professional level in Canada has been a circuitous journey. His 2018 venture to play in Syria, in particular, is a chapter of Babouli’s career that stands out. Certainly, the city of Aleppo, where he played for Al-Ittihad, has seen more than its share of troubles throughout the course of the ongoing Syrian Civil War.

Babouli is, naturally, guarded about the experience. Difficulties off the field made his time at Al-Ittihad more challenging than it might be anywhere else, but it wasn’t all bad.

“There was a lot of good moments and bad moments for me there, outside the soccer world,” Babouli admitted. “It was a decision that I made — not that I regret it — obviously I hoped things went differently.”

Nonetheless, he’s happy to be back in Ontario and playing for Forge. After an uncertain few years at some turbulent clubs (including those in Canada), Babouli is glad to have the 2020 CPL season to focus on now.

It’s unclear what exactly his role is going to be for the reigning champions. The team is deep up front, but Babouli’s knack for scoring could give him an edge in competing for minutes. Still, it might be naïve to expect him to start immediately and dominate.

“If (my job) is to come in for five minutes of the game and cause havoc then it is, but if it’s to score goals and get assists, then that’s also part of the plan,” he said. “The overall goal is for us to go down there and protect the championship.”

He added: “Now it comes down to focus, hard work, determination and just coming together in the next 45 days and getting the job done.”