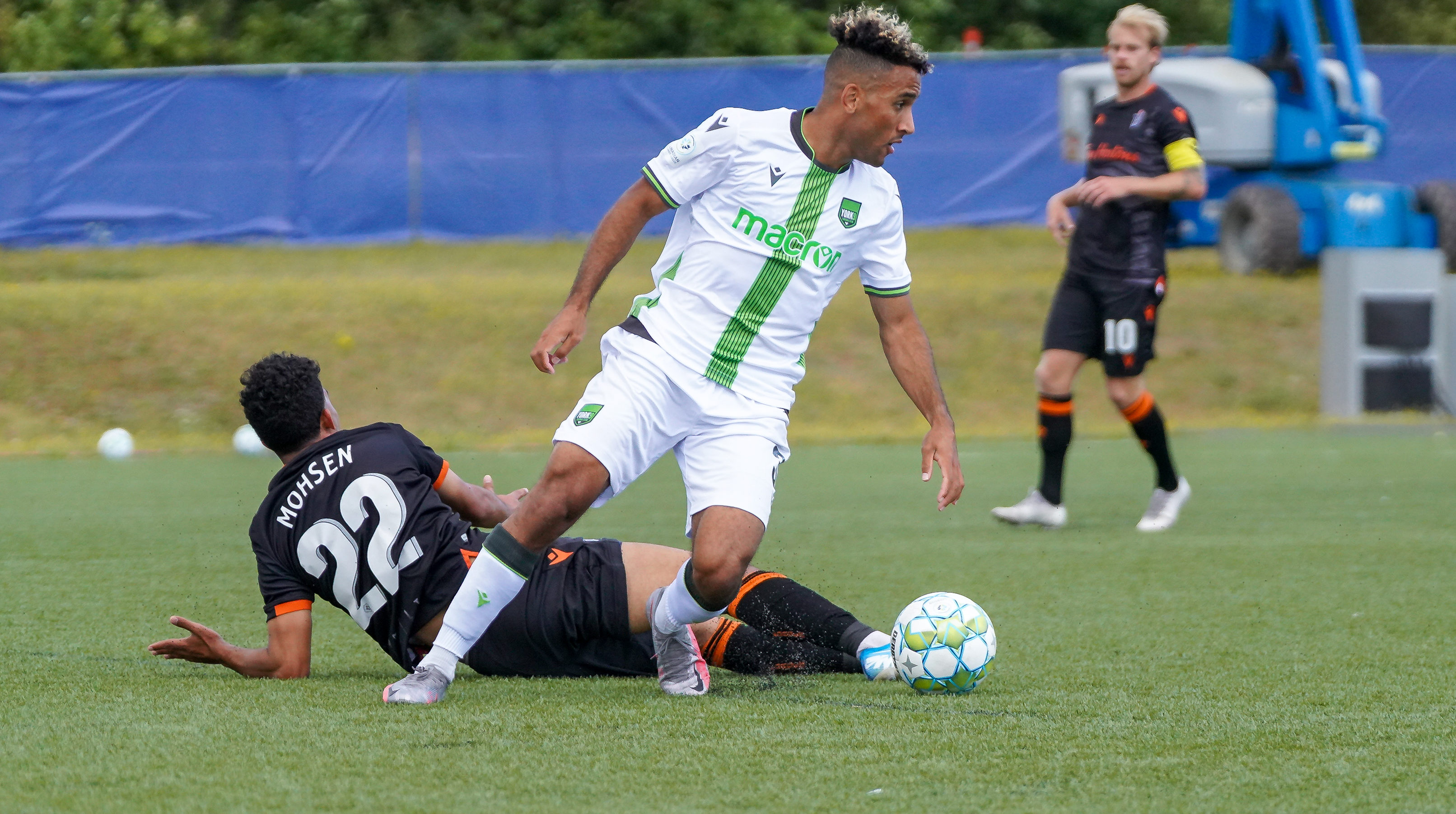 Now weeks removed from a disappointing first-round exit at The Island Games, Y9 managing consultant Angus McNab has had time to reflect and, perhaps more importantly, begin planning for 2021.

“We weren’t good enough and there has to be some change,” McNab stated. “If we put the exact same roster together and expect a different result, it’s on us if we finish fifth again, right? We need to look at some degree of volatility.”

The Nine Stripes, who posted a 2-4-1 record in PEI, were one result away from qualifying for the second round. Four draws left Jimmy Brennan’s side needing just a point in their first-round finale. Instead, they suffered a 1-0 loss to Cavalry FC.

Three straight draws without big-name newcomers such as Michael Petrasso and Chris Mannella left supporters, and McNab himself, asking what could have been.

RELATED READING: CanPL.ca’s Best of the second group stage and CPL Final at The Island Games

“We went draw, draw, draw … We had the best part of 25 to 30 minutes up a man against (Atlético) Ottawa and we couldn’t find that third goal, then we conceded late against Pacific. That could have very easily been six points after two games going into our third match against Valour, the nil-nil match, and a different mood, a different rhythm.

“Had it been six points, I think maybe the underlying data would be a little bit misleading.”

“It’s not anything that we could do,” McNab said. “That was just an unfortunate thing we had to deal with and it affected our rhythm and what we could do.”

York9 prides itself on being a data-driven club – McNab’s background and the recent hiring of Sam Gregory are at the centre of it – and will have plenty of numbers from their time on PEI to mull over. The team’s expected goals per shot from open play (0.05) was the lowest from any CPL team in 2019 or 2020.

Club brass will reconvene this Fall to take a deeper analytical look at their season, and also identify players in the CPL the team could “target and to recruit,” according to McNab.

When asked about COVID-19’s effects on reshaping a squad, McNab didn’t mince words: “It’s tough, it’s very tough, and if anyone tells you they’ve got a crystal ball they are full of s–t because none of us know.

“Our young core and under-21s have nice and simple situations – either (contract) extensions or multi-year deals for most of those guys. We want to continue to develop these guys. We know we can’t stagnate and take too much time off. Everyone and the world over is in a real holding pattern.”

RELATED READING: 5 things we learned from The Island Games in Charlottetown

COVID-19’s many knock-on effects will put CPL clubs in interesting off-season predicaments, just like it did this Spring. McNab said many of their pre-seasons recruitment plans fell through due to COVID-19 restrictions, but the team did adapt.

“That gave us the ability to sign Lowell Wright, to bring in Alvaro Rivero, to get Isaiah Johnson locked down on a long-term deal,” McNab explained. “Yes, there were challenges, but it was also a great opportunity.”

As for plans this Fall, York9 players are still in the area. Getting players healthy is the top priority before continuing training sessions. Discussions between Forge FC and York9 about Fall friendlies are ongoing, as the CPL Champions eye competitive matches before their Canadian Championship final tilt with Toronto FC late this year.