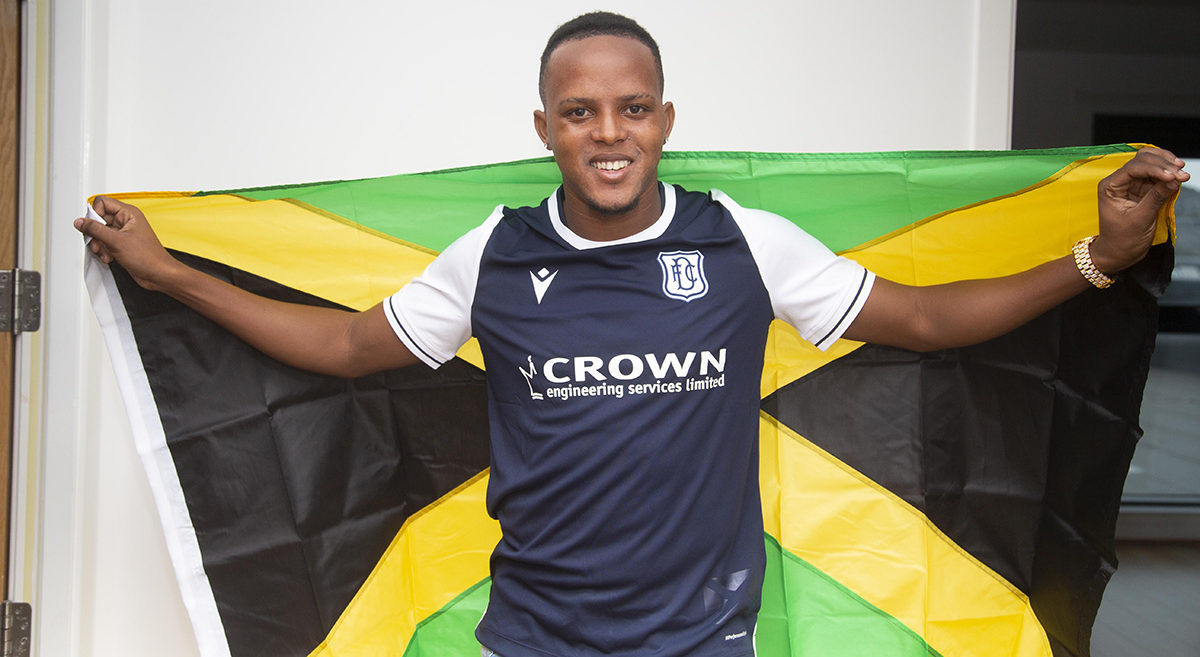 From Jamaica to Canada (sort of) and then to Scotland.

York9 confirmed on Monday that Jamaican striker Nicholas Hamilton has gone on loan with Scottish second-tier club Dundee FC in a deal that lasts until June of 2021.

Finding a loan move for Hamilton was a top priority for Y9 managing consultant Angus McNab, as the 24-year-old Jamaican was unable to join the Nine Stripes for The Island Games due to the COVID-19 pandemic.

McNab said the loan agreement came about after a “regular check-in” with Dundee owner Tim Keyes and his staff, as York9 had narrowly missed an opportunity to bring Hamilton to The Island Games. A delay in securing a work permit meant Hamilton wouldn’t have made it into Canada in time to quarantine before the CPL season started.

“We were 10 days away from going to PEI and told (Dundee) I’ll be struggling to get Hamilton in from Jamaica,” McNab told CanPL.ca.

“They were interested. Tim [Keyes] has always been quite curious about the world of analytics and data. He’s always been interested in undervalued markets in South and Central America, too.”

Hamilton, who plays as both a central striker or winger, joined York9 on a multi-year deal back in February from Jamaican outfit Cavalier Soccer Club. He scored 10 goals last season to help his team finish fourth in the Red Stripe Premier League regular season, before they secured third place overall in the playoffs.

Y9 replaced Hamilton on its roster with domestic striker Jace Kotsopoulos for The Island Games.

“It’s a shame, Hamilton was someone we’d liked on our squad but my focus was on his value, his production, and how he could continue to grow,” McNab said.

McNab revealed to CanPL.ca “there are various incentives” for Hamilton to extend his stay at Dundee, where he’ll learn from new teammates and former English Premier League players Charlie Adam and Graham Dorrans.

“Look, if he’s wildly successful, we may have offers from him,” McNab stated. “We want to see him at York Lions Stadium next year and we’re excited to see what he can do. Ultimately, this is a great opportunity to show the wider footballing world what he can do.

“If you think of Hamilton as one of York9’s assets, it’s fantastic to give him a chance to grow and build his profile – we really think this loan is the best of both worlds.”

Dundee finished third in the truncated 2019-20 Scottish Championship season, behind Inverness and bitter rivals and Dundee United, who won promotion.

Hamilton joins Dundee FC as it gears up for their season opener on Oct. 17 against Hearts.