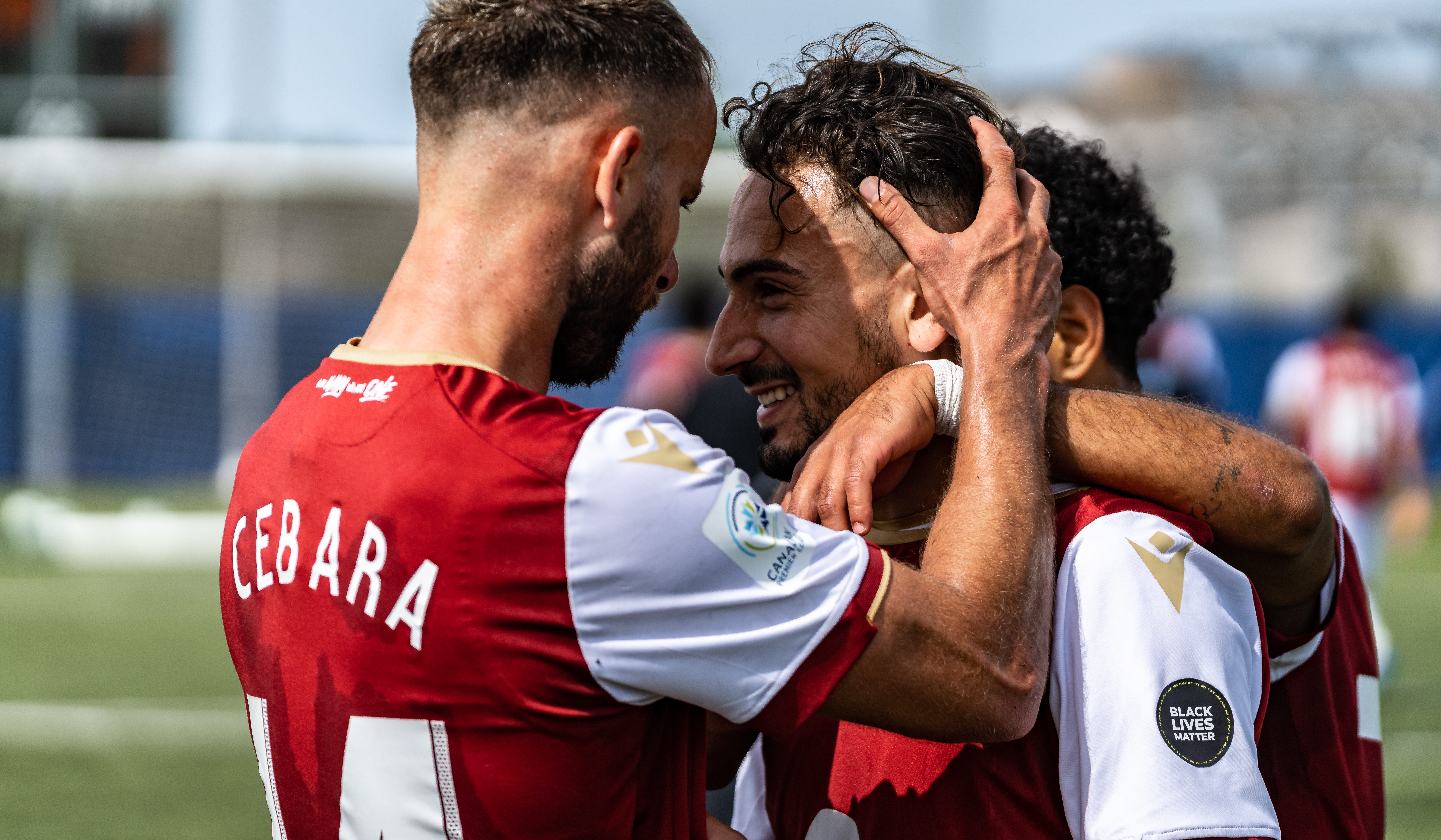 Valour FC is bringing back one of its best newcomers for next season, announcing on Friday that it has re-signed midfielder Masta Kacher.

The deal is a one-year contract plus a one-year option, a Valour official confirmed to CanPL.ca.

Kacher, 24 signed with Valour back in April, and went on to have a solid showing at The Island Games in PEI in his first CPL campaign. He ended up making six appearances in Charlottetown, scoring one goal in 360 minutes of playing time. His right-footed howitzer into the corner of the net in the 88th minute lifted Valour to a 2-1 victory over FC Edmonton on Aug. 29.

Although Valour ended up bowing out in the first round, the Winnipeg-based club showed vast improvement from its 2019 season when it finished second-last in the overall standings. Valour finished sixth out of eight teams in first round table at the Island Games, and just missed out on qualifying for the second round.

After scoring against Edmonton, Kacher raced to the sidelines where he dropped to one knee and raised his fist in support of the anti-racism movement that has dominated the sports world for months.

RELATED READING: Valour FC’s Masta Kacher: ‘There was no doubt I had to come back next year’

“The diversity we have on the team, me as an immigrant to Canada and for everything that is going on in the world… I wanted to take the time to celebrate with my teammates something truly more powerful than a normal celebration. Maybe it’s something that can open people’s eyes. That was the message we wanted to transmit to everyone as a team,” Kacher told CanPL.ca at the time.

Born in Algeria, but raised in Canada, Kacher played much of his youth soccer in the Montreal Impact academy before graduating to their reserve team in USL, FC Montreal, in 2015.

Before joining Valour, Kacher appeared for a variety of clubs in the USL Championship. After leaving Montreal when the reserve side ceased operations in 2016, he signed for the Colorado Springs Switchbacks and scored eight goals in 32 games his first season.

Kacher spent a season and a half with Real Monarchs, the reserve team for MLS’s Real Salt Lake, and then suited up for Saint Louis FC in the latter half of 2019 before coming to the CPL.

Even though The Island Games ended on Sept. 9 for them, Valour has been busy this off-season trying to get key players to commit for the 2021 CPL campaign. Aside from Kacher, Valour announced the re-signing of Haitian international defender Andrew Jean-Baptiste last week.

Valour coach Rob Gale recently revealed that he has received inquiries from other teams about Jean-Baptiste and Kacher (as well as defender/midfielder Stefan Cebara), so it’s little wonder that he felt the need to lock up the pair.