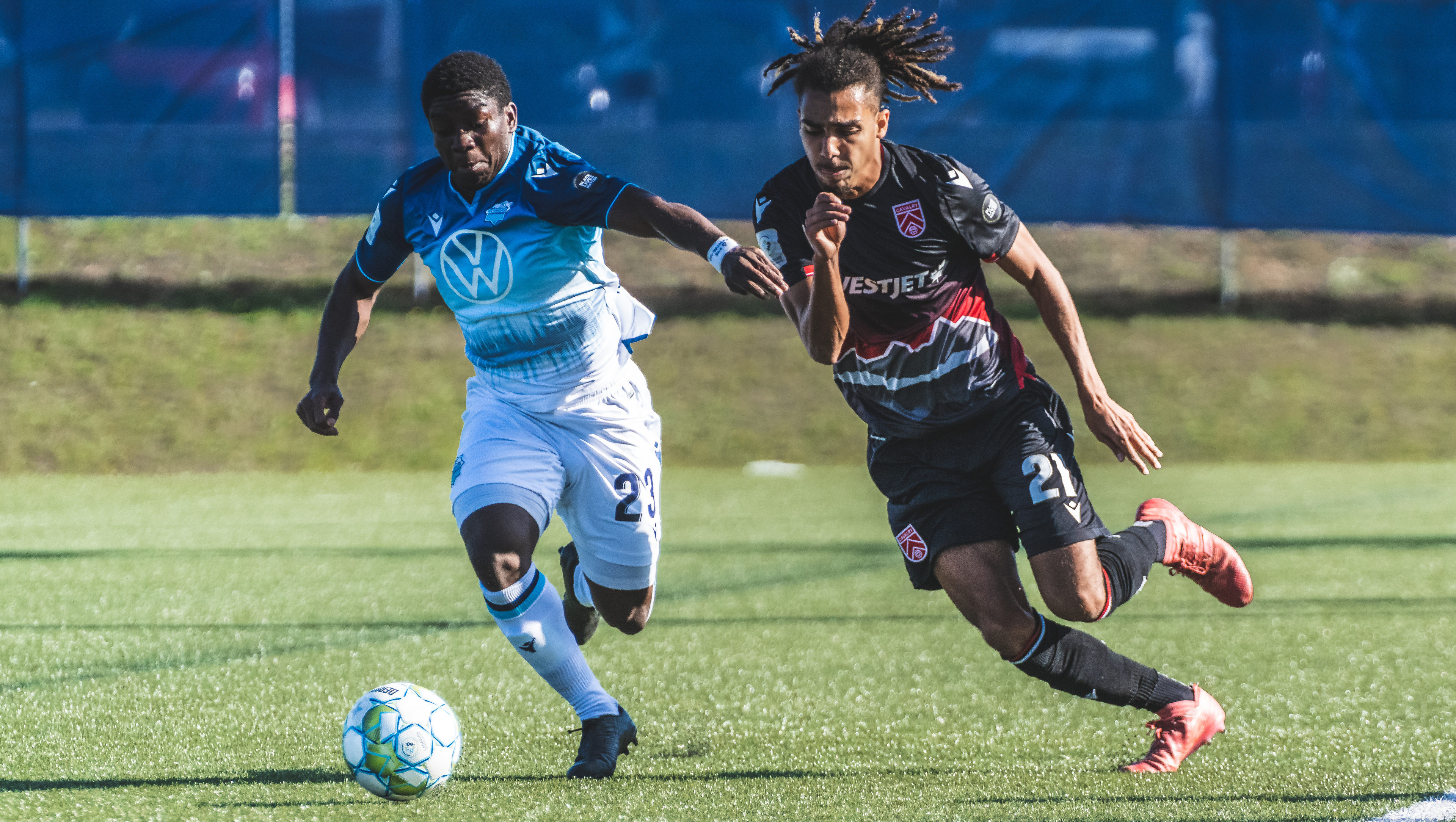 It’s a nautical analogy offered up about the 2020 Canadian Premier League season from Michael Findlay, CPL’s Director of Football Development, as he looks back upon The Island Games from a player-development perspective.

A total of 57 Canadian players made their CPL debuts at The Island Games – and over half were under the age of 24. More than 100 Canadians made similar debuts during the 2019 CPL season, many playing professional soccer for the first time.

If CPL clubs were bailing water last season by giving so many Canadians their first professional playing opportunities, they are only patching holes in the Canadian soccer boat in 2020.

“Domestic scouting and Canadian soccer is about how many holes are in the boat,” Findlay told CanPl.ca. “This year, you can see we’re starting to plug the holes.”

The “holes in the boat” of Canadian soccer come in many forms: geographical issues, a lack of scouting, players from Canada being undervalued, and, of course, a lack of professional opportunities.

Year 1 of the CPL gave a significant boost to Canadian soccer players’ chances of turning pro. Those 57 newcomers who debuted during the 2020 CPL season arrived from U SPORTS, previous professional opportunities, or were scouted by CPL clubs and the league’s soccer operations department, which Findlay oversees.

Findlay saw an overall improvement in the CPL’s standard of play this year and, in turn, the quality of domestic players coming into the CPL.

“We knew (it was) going to be a little bit of a roll of the dice in Year 1,” Findlay offered. “But the quality was witnessed in each of the club’s turnovers this season. The overall quality was better in 2020 – (even though) we saw a small sample size (a 35-game season), I don’t think anybody would debate it was better football in this period of time, which tells you that we would have seen an advance of quality throughout a full league season if we’re able to have it.”

CPL’s football development department plays a small but crucial role in helping the league’s eight clubs recruit players they might otherwise not know about. Best described as offering a “menu” to coaches, Findlay’s staff identifies talent that teams wouldn’t be able to scout themselves.

One of the tastiest options on this year’s menu was Mo Farsi.

Cavalry FC’s 20-year-old wide-man hit 35 crosses in open play during The Island Games (more than anybody in the league), notching several assists, and adding a second-round golazo en route to a Best Under-21 Player of the Year nomination.

Farsi starred for Première Ligue de soccer du Québec (PLSQ) powerhouse AS Blainville, along with fellow Quebecer-turned-CPL standout and York9 FC fullback Diyaeddine Abzi, before seeking playing opportunities in 2019 in Algeria, where he signed with AS Aïn M’lila. That move didn’t work out for Farsi, which paved the way for him to come to the CPL in 2020.

In Farsi’s case, the scouting report from Findlay and his staff gave more context to CPL coaches as to what kind of player he is and what he could offer them. That legwork from the league’s soccer operations department aided Cavalry FC in their signing of Farsi in March.

“Farsi transcended geography, and that’s important,” Findlay said of the Montreal-raised winger who found a new home with Cavalry. “Cavalry would never know he existed, or have enough information about him. He would have been at Montreal Impact or nowhere. It’s about taking that talent and finding a place to continue.

“He is somebody who can be a very bright light to other Canadian players that exist in the same environment.”

Farsi was not identified by the Impact. Neither was former teammate Abzi, nor Quebec-raised product Abou Sissoko.

Sissoko, a U SPORTS Player of the Year with the Montreal Carabins, turned heads with HFX Wanderers FC and helped the side reach the 2020 CPL Finals, with interest from Vancouver Whitecaps looming large.

Findlay said his department was preparing to invest this year in scouting PLSQ-level players in the province, which he feels is an untapped market, before the COVID-19 pandemic scuttled their plans.

HFX Wanderers’ breakthrough right-back Jake Ruby is another example of a new face plugging a hole in the Canadian soccer boat.

The first-year fullback from Vancouver was first spotted by CPL’s scouting department last Fall when they took in a Trinity Western University match on a whim. Months later, thanks to a comprehensive scouting report, Ruby was selected 14th overall by HFX Wanderers in the 2019 CPL-U SPORTS Draft. Ruby, now 20, made eight appearances for Wanderers in PEI.

As a first-year player from U SPORTS, Ruby is representative of a new source of talent that Findlay and his staff have exploited. Forge FC’s Gabriel Balbinotti (Université du Québec à Trois-Rivières) and York9 FC’s Isaiah Johnston (Cape Breton University) joined Ruby in a pool of U SPORTS prospects who saw playing time at The Island Games.

For the CPL’s domestic development team, 2020 was about building on the successes of Year 1.

With players such as Ruby and Farsi arriving to the pro game from new and exciting places, Findlay said his team is eager to “paint” other provinces and potential sources of players with the same brush – by coming up with detailed scouting reports with enough information to show a player’s prospective value to CPL cubs..

“We see light from the crack of the door and say ‘huh, I wonder what else is behind there,” Findlay said.

“There are a number of domestic players in existence in Canada that we (have) yet to see. Part of the challenge is that we haven’t had an ability to know where they are. As we connect a bandwidth, with League1 Ontario, PLSQ, and other leagues, we’re starting to plug the holes.”

This year has cast a bigger spotlight on Canadian soccer than perhaps ever before. Alphonso Davies’ Champions League-winning form has led many to wonder why Canada doesn’t produce more players like the young Bayern Munich star.

Predicting when and how Canada’s next Alphonso Davies will arrive on the scene is an impossible task. What is very possible, according to Findlay, is finding the next Mo Farsi as soon as the 2021 CPL season.

“Everybody loves to say, ‘Oh we’re going to scour the country because there’s another Alphonso Davies out there,'” Findlay stated. “I think we should be realistic and understand that there is a lot of potential Farsis out there.”