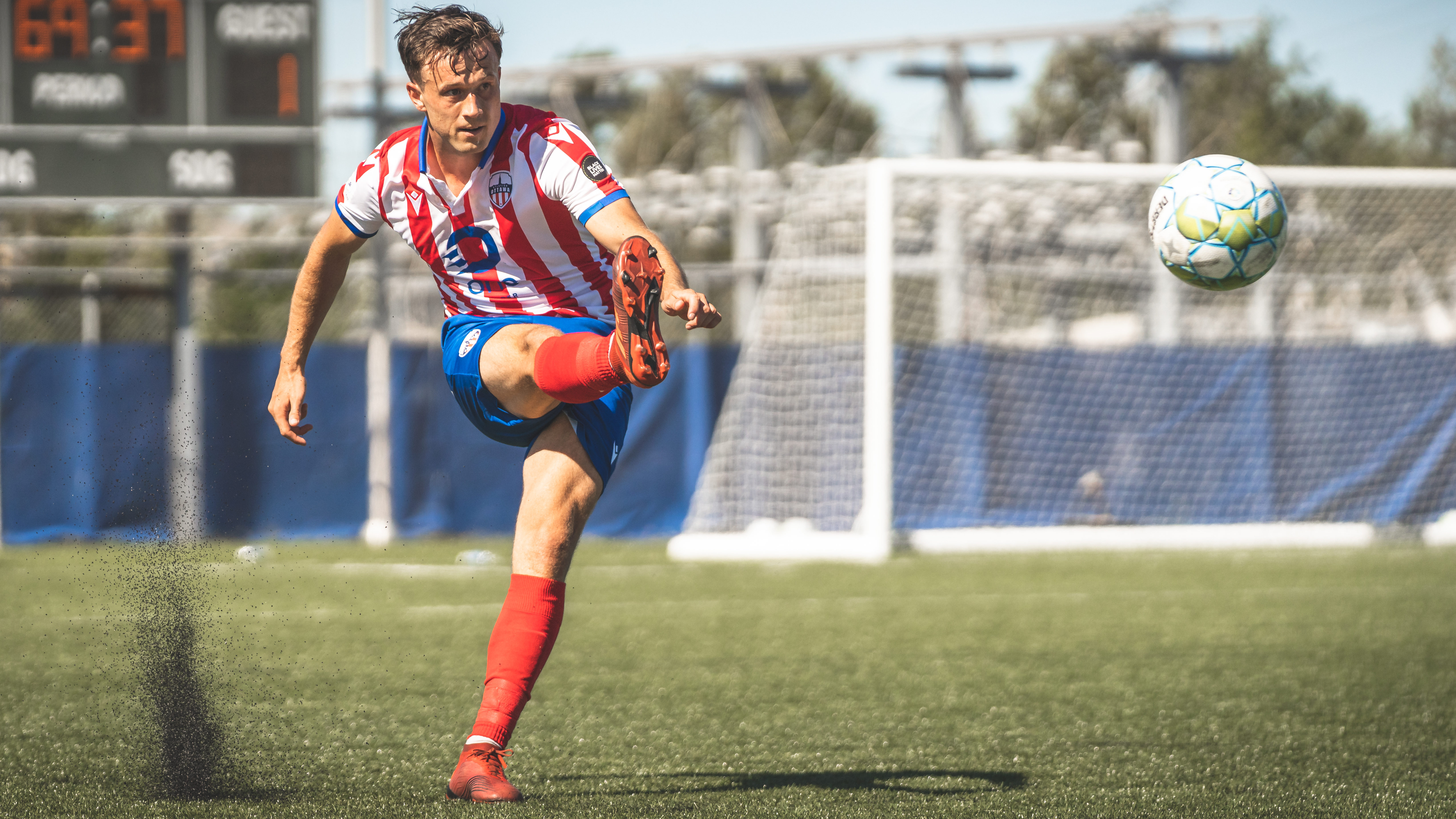 An Atlético Ottawa reunion of sorts is taking place in the most unlikely of places: a secluded river in the heart of British Columbia.

Atlético teammates Ben McKendry and Ben Fisk are due to travel together an hour or so outside of Vancouver on a finishing trip this week, with McKendry showing his Ottawa captain the ropes – err, reels? – when it comes to salmon fishing.

“It’s peak salmon run in some of the rivers right now,” McKendry explained to CanPL.ca. “It’s a good time to get out and try to get some salmon. It’s also the perfect thing to do for me, especially during the pandemic – you can socially distance safely standing in a river.”

McKendry, 27, made one MLS appearance for his hometown Vancouver Whitecaps in 2017 before departing for Scandinavia, where he played for Finnish top-tier side Turun Palloseura (TPS) in 2018 and Sweden’s Nyköpings BIS in 2019.

The Whitecaps product and Canadian men’s team player found himself returning to fishing – something his family did on vacations while growing up in B.C. – during an injury recovery period last season, leaving Vancouver for a few hours to be in the B.C. wilderness.

His injury layoff extended into 2020, which hampered a return to Swedish football and, for a time, his eventual entrance into the Canadian Premier League.

“I was fully expecting to be healthy for whatever season was coming. I know most of the coaches, or have some sort of connection with most of the teams,” said McKendry, who played for FC Edmonton on loan from the Whitecaps in 2017 in the NASL. “It was a bit too late, I was coming off injury and whatnot. It was frustrating because I felt I could step into one of these teams and help them.”

That’s when Fisk – who McKendry has known since they were six-year-olds playing youth soccer together – swooped in and gave the midfielder what he calls “a lifeline”: a spot on Atlético Ottawa’s inaugural roster.

“Leading up to (The Island Games), Fisky had a word with the club and said I was available and healthy,” explained McKendry, suggesting he was a replacement for Ghanaian midfielder Bernardinho, who never ended up joining the team in Canada due to the COVID-19 pandemic.

“Got the call when they said they needed a midfielder, I was on a plane the next day to Ottawa and joined up with a team, and then trained for two weeks.”

While McKendry, who made 75 appearances for Whitecaps’ under-23s and Whitecaps 2 sides, didn’t score or offer much in terms of flashy play in PEI, his abilities as a holding midfielder weren’t missed across all seven first-round matches.

He completed more tackles per 90 minutes than any CPL midfielder (6.04), while above-average stats in interceptions (2.01) and line-breaking passes in the final third (0.67) point to a strong run on a team he’d spent just two weeks with before The Island Games kicked off.

“It was one of the best groups I’ve been a part of,” McKendry enthused. “Everyone was super positive and there weren’t any cliques on the team, no real kind of big egos that you don’t want to have on the team, the coaching staff was great, it was a blast.

“We didn’t really make any excuses and I think we executed the game plan most of the time and tactics and all those little details that usually take months to put together. I felt like we did it pretty quick.”

That aforementioned “lifeline” was taken well, considering. McKendry admitted that thoughts of going back to university or “finding something else to do” professionally crossed his mind, making him thankful for this second chance in football.

“There are lots of guys that were in the same situation as me and there are a lot of good players in Canada and a lot of players that deserve an opportunity… I still feel lucky to have gotten the opportunity,” he said.

Back to the upcoming fishing trip, McKendry won’t make predictions, and warns that Fisk shouldn’t get his hopes up.

“I’ve had a little bit of luck lately (but) you kind of have to work at it. Fisky probably has high hopes but you have to go not expecting to catch anything,” McKendry joked.

“Be prepared just to be standing outside for a few hours and taking it all in.”