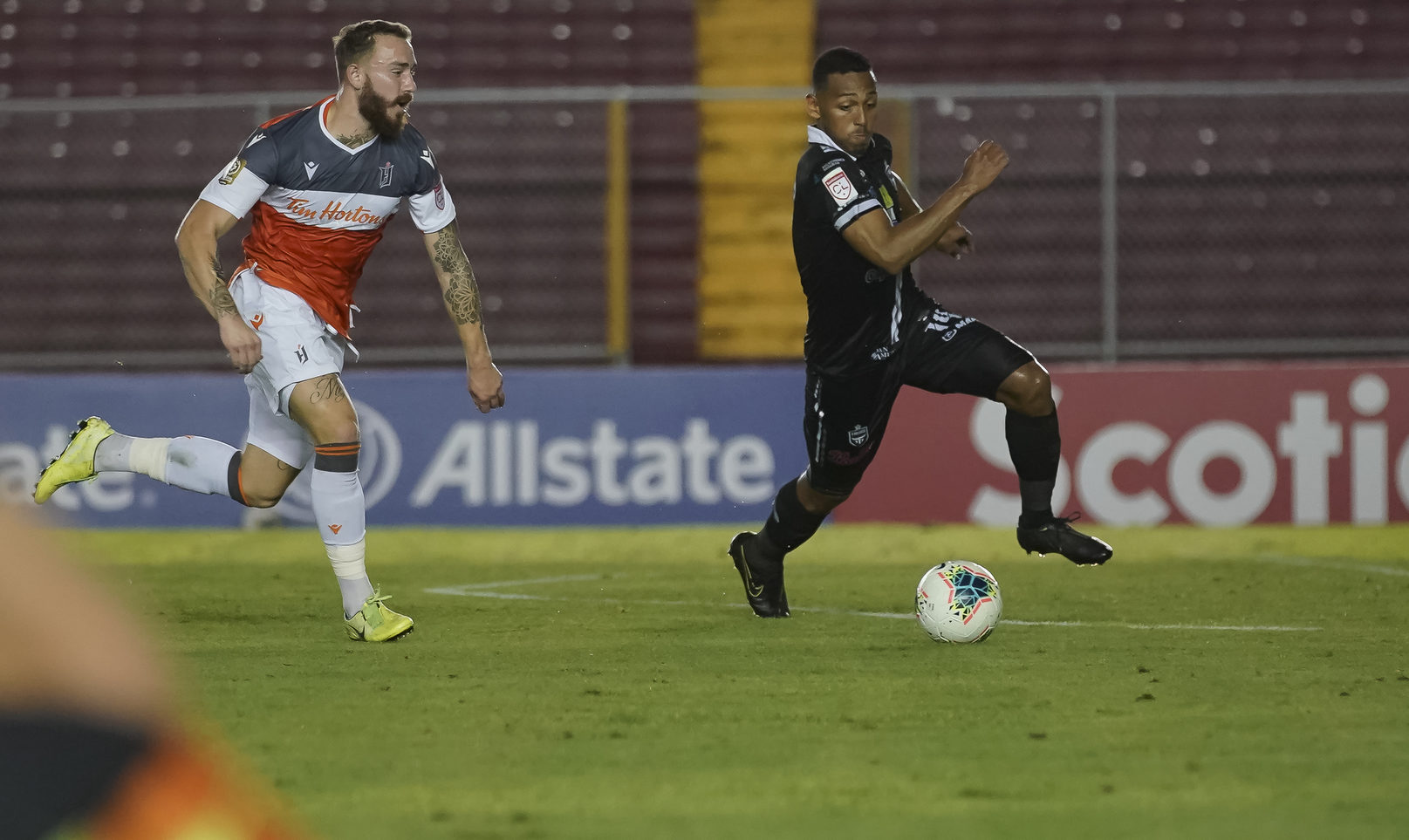 Sure, that’s a strange statement to make after the CPL Champions advanced to the quarter-finals of the 2020 Concacaf League, upsetting Tauro FC 2-1 on Tuesday night in Panama.

But it’s crucial to understand the magnitude of Forge’s historic win for the CPL, and the Canadian game at large.

Tuesday’s victory was a milestone for Forge, as Bobby Smyrniotis’ team managed to improve upon its round of 16 showing during the 2019 tournament, and it was a massive statement win against one of the competition’s best sides as it moved the Hamilton-based outfit just one win away from qualifying for the 2021 Concacaf Champions League, the region’s top club competition.

Forge, whether you’d like to admit it or not, has been CPL’s canary in the Concacaf coal mine from the beginning, raising questions about how CPL teams stack up in the region as a whole. The good news is they stack up quite nicely on this new frontier, and the success can be duplicated.

Forge, quite famously, is built on a core of players from Sigma FC, an academy best known for producing Besiktas’ Cyle Larin, LAFC’s Mark-Anthony Kaye, as well as its League1 Ontario team. Incredibly, seven former Sigma players featured for Forge during Tuesday’s tilt in Panama at some point.

A few years ago, most of that group – which includes Chris Nanco, Triston Henry, Dominic Samuel, goal scorer Mo Babouli and penalty-creator Anthony Novak – were playing on turf fields in front of a handful of spectators in the Greater Toronto Area.

How many other players (many at the same level as Forge’s Sigma standouts) were playing on similar turf fields from coast to coast just two years ago? A lot, is the answer, but few get an opportunity like Forge’s Sigma graduates: a professional platform, a coach that knows them well, and former MLSers and Canadian men’s team players as teammates from whom they can learn and benefit.

Is Sigma a brilliant youth soccer setup? Yes, definitely. But academies and programs such as theirs are scattered all across the country. What’s to say Pacific FC’s core of players, for example, from Vancouver Whitecaps Residency program aren’t up to Forge’s level?

Throw in a few ex-MLS players (David Choinière, Kyle Bekker) and national team veterans (Maxim Tissot and David Edgar), and suddenly, on paper, you have a team that can challenge the 13-time Panamanian champions and get close to a Champions League berth.

Forge isn’t a once-in-a-lifetime team and Tuesday’s victory should be celebrated more as a win for Canadian soccer, rather than just for one academy in Southern Ontario. Tuesday told us that Canadian players uncovered by the Canadian Premier League are capable of proving themselves in Concacaf’s biggest occasions.

Edgar – who saw his 10-man side make history with a first Central American road victory over Salvadoran side Club Deportivo Municipal Limeño last month – put the victory into perspective, reminding supporters how difficult winning in places such as Panama can be. Cavalry FC midfielder Nik Ledgerwood (another Canadian national team veteran called it “a great sign of what is being built” in the CPL.

Now, with an upset win over Tauro, Forge will return to action in the quarter-finals against a less-prominent opponent in either Jamaican side Waterhouse FC or Arcahaie FC of Haiti, who play each other in round of 16 match on Thursday. Forge can qualify for next year’s Concacaf Champions League with a quarter-final win, or in a play-in match for losers of the quarter-finals. Tauro, as pointed out on this week’s CanPL.ca Virtual Newsroom, was Forge’s most difficult test on their side of the bracket.

While we don’t want to get too ahead of ourselves, you can’t help but think that if a Canadian team in only its second season is able to beat some of the best clubs in Central America, and nearing the top 16 in North America, how many more Canadian outfits could follow in their footsteps?