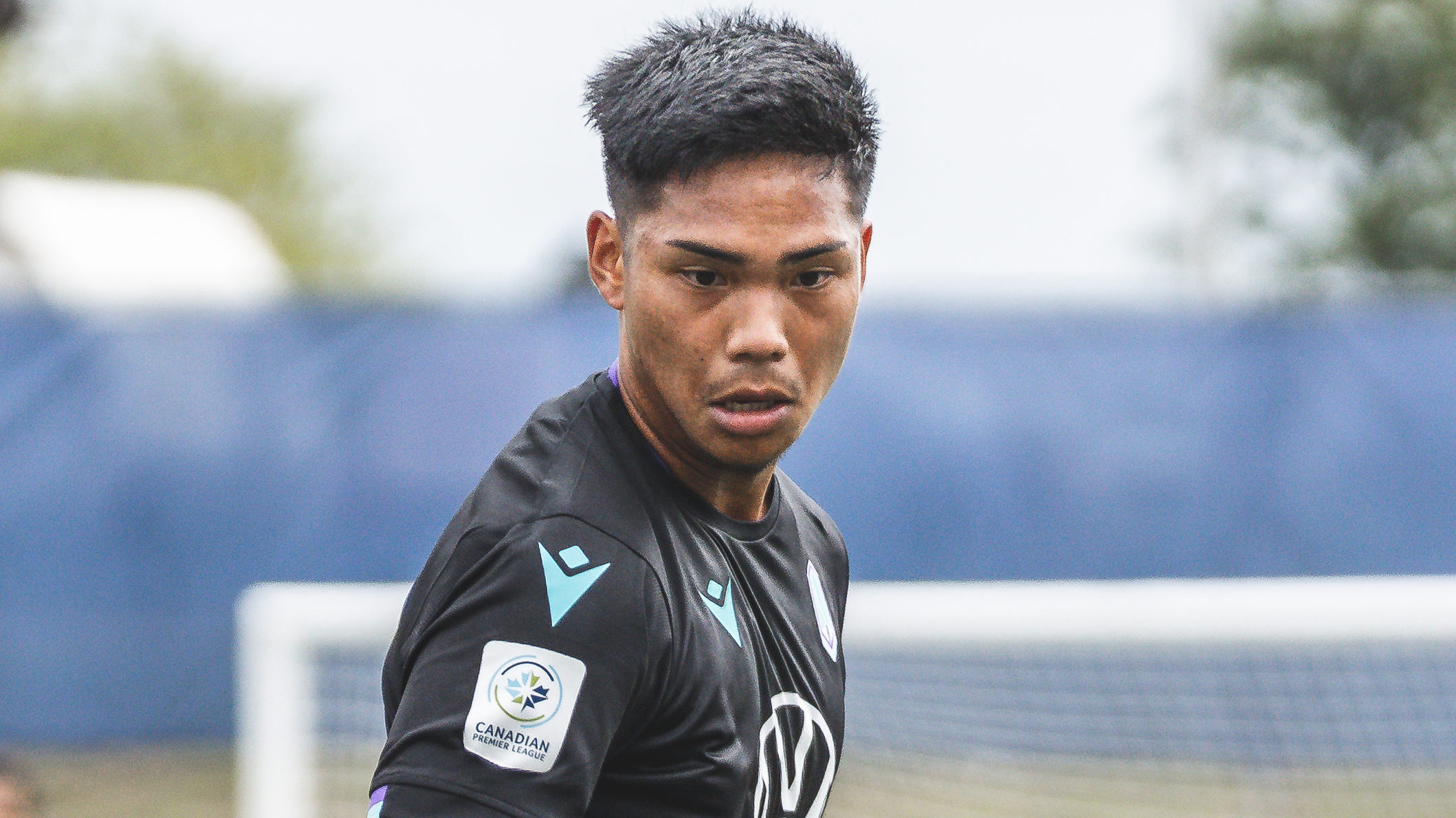 It’s been a big year for the Baldisimo brothers.

Matthew Baldisimo re-signed with Pacific FC last week as part of the first crop of re-ups from coach Pa-Modou Kah’s 2020 roster after his impressive showing at The Island Games in PEI.

Meanwhile, Matthew’s younger brother, Michael, has been tearing it up with Vancouver Whitecaps this year, earning 13 appearances since making his debut on Aug. 25.

Matthew kept close tabs on his sibling while he was in PEI helping the Tridents qualify for the second round of The Island Games.

“I’ve watched every minute,” Baldisimo said about his brother

Matthew did, however, admit he was fast asleep in a Charlottetown hotel room when his brother scored his first goal for the Whitecaps the following week: a rocket from long range that made MLS and Canadian soccer pundits alike take notice.

“It was well past midnight so I watched the first half and went to bed – woke up to all the notifications and I was like no way he scored a goal like that,” he said.

Matthew nearly scored a similar screamer a few days before his brother’s, an ambitious whack from 30-yards out that forced Valour FC goalkeeper James Pantemis to make an excellent save.

“I was convinced that was going in. As soon as I hit I thought ‘oh my god’,” Baldisimo stated. “Looking back, that attacking element was what was missing from my game.”

Matthew, 22, solidified himself as one of the best defensive midfielders in the CPL at The Island Games, operating in the No. 6 position almost exclusively, unlike 2019 (more on that later). Baldisimo finished in the top 80 per cent in every defensive category, according to SportLogiq, with staggering 5.47 tackles per 90 minutes, which was tops among midfielders.

“I could’ve had a way better season. I know the quality that I have – I can do a lot more than what I did in the tournament,” Baldisimio admitted. “I feel like if we had a longer season I would have been able to show more of what I was capable of.

“Finishing a few chances… I can think of a few.”

Under first-year coach Michael Silberbauer, the Vancouver Whitecaps youth product was deployed most often at centre-back. Under the tutelage of Kah, Baldisimo explained he’s thrived in his defensive midfield role.

“To have that solidity and play the position every game and getting that chemistry with other midfielders, it was really fun.”

The Burnaby, B.C. native called The Island Games a “relief,” specifically able to play under Kah who did more than just coach in PEI, including cooking for his players

“Man, I had multiple servings,” Baldisimo said, mentioning a meal or two that really stood out. “Everything he does is a spectator sport.”

While Michael continues to thrive with the Whitecaps, older brother Matthew can’t help but be proud of his accomplishments in a Whitecaps organization, dating back to Whitecaps 2 in the USL. He’s also familiar with Peter Schaad, the Whitecaps play-by-play commentator, who has a habit of confusing the two brothers on MLS broadcasts.

“Schaad always gets us mixed up. Always,” Baldisimo said, recalling a Whitecaps match where he heard his name blare through the TV speakers in PEI.

Who knows: if 2021 is anything like this year, Matthew’s name could be called by MLS commentators, and not by mistake.