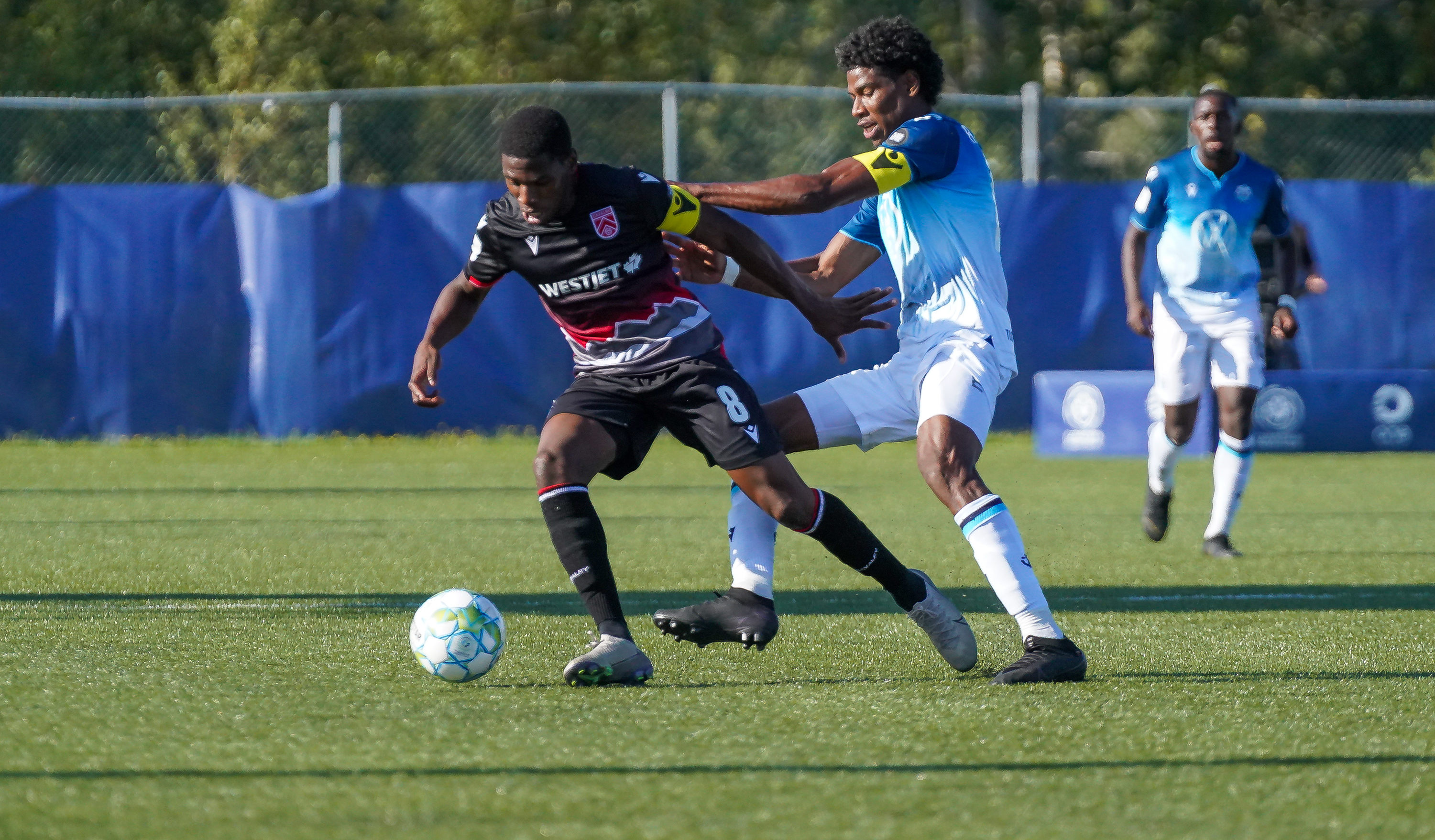 Cavalry FC is keeping the spine of its team in place.

The re-signing of these five players is the first bit of business from coach Tommy Wheeldon Jr., as the Cavs retain the core of their team over the last two CPL campaigns.

“Continuity is paramount to our future success and these core guys that have been here since day 1,” Wheeldon Jr. said in a media release.

“Their ability and mentality have helped shape our winning culture over the past two seasons, something I’ve witnessed first-hand in their training habits, leadership qualities, and how that translates into the memorable performances they’ve put on the pitch too.”

Inaugural CPL Golden Glove winner Carducci, 24, is coming off a solid run at The Island Games where he earned three clean sheets and made 10 saves in nine appearances.

Veteran left-footed centre-back Trafford, 34, led the Cavs in defensive clearances (24) and was second in passes completed (377) through eight appearances.

Adekugbe, 24, impressed in midfield, posting an 85 per cent pass completion rate, and he finished in the top 10 per cent of CPL midfielders in tackles (three) and successful passes (54.56) per 90 minutes, according to SportLogiq.

A skillful attacking midfielder, Camargo is the club’s second-highest goalscorer with nine goals in 29 appearances to date. The Toronto-area native spent much of the Island Games out injured.

Escalante was unable to join Cavalry for The Island Games due to COVID-19 restrictions, but will return to the Cavs after a four-goal, six-assist campaign in 2019. The Honduran winger is currently on loan with CDS Vida.