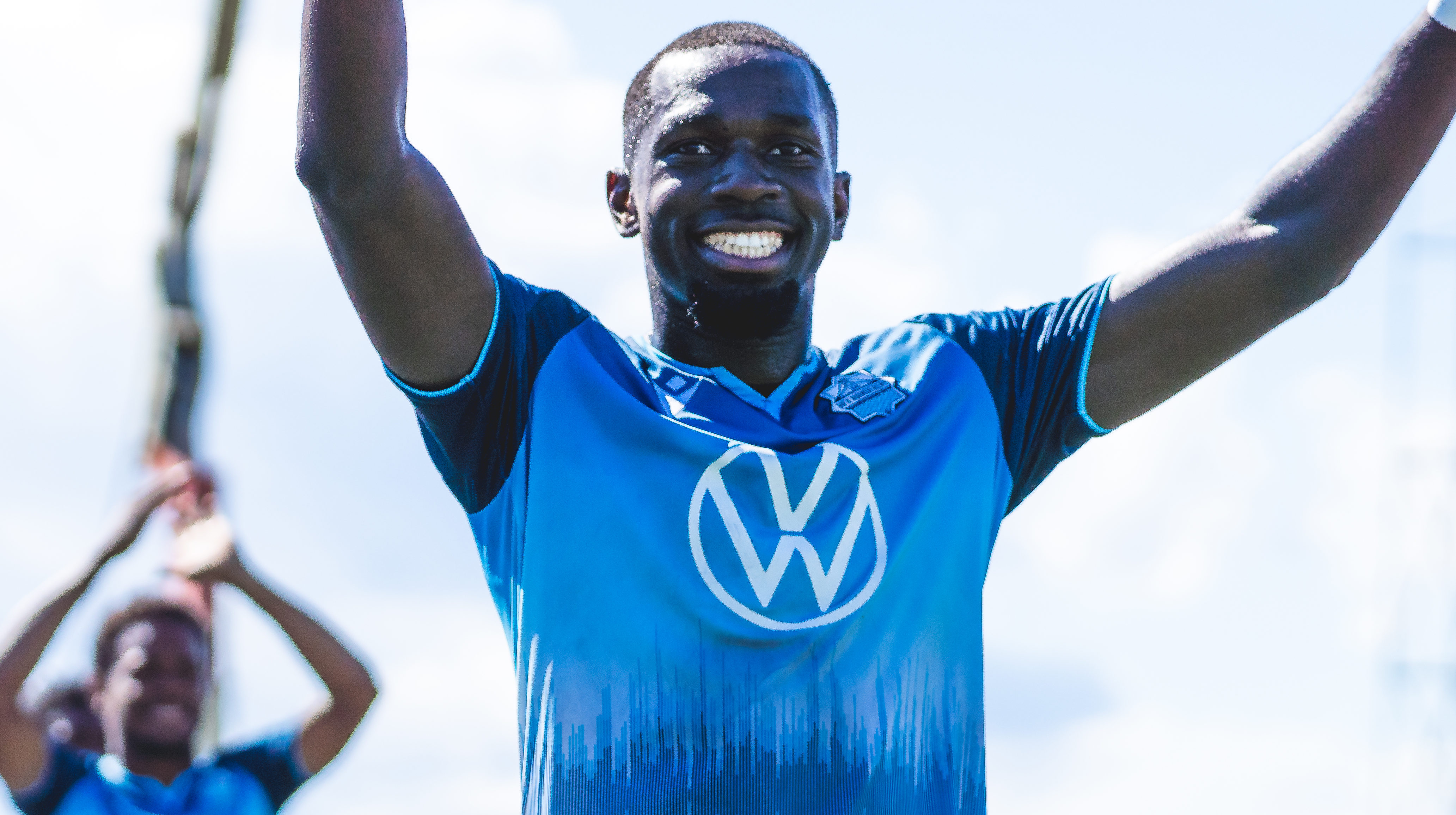 Chrisnovic N’sa stood waiting to take the stage at the 2020 CPL Finals media day back in September when he heard he was nominated for his first individual award as a professional footballer.

Ready to speak about his HFX Wanderers FC side’s monumental tilt with defending champions Forge FC, N’sa learned he was one of three CPLers in contention for Best Canadian Under-21 Player of the Year.

The nomination took him by surprise, especially as he was focused on playing for the North Star Shield in a few days.

“I was stressing about the Final, this media call, and I heard my name from the other room, announced as a nominee,” N’sa recalled when recently speaking to CanPL.ca. “I thought ‘well, at least someone other than mom and dad noticed I did a good job.'”

“I was really surprised. I forgot about the awards entirely – I was just waiting for my turn to talk about the final.”

Perhaps the nomination aided his recent move to York9 FC, a major intra-league transfer which reunited the physically-imposing Montreal native with his younger brother, Felix.

Recognition and resume-building were certainly part of the appeal of being nominated for N’sa, who spent two CPL campaigns with the Wanderers before signing with York9 as a free agent this off-season.

“There aren’t many Canadians that win an award like this or any at all, so that will help me mentally to know I have the level to do something in football.”

Chrisnovic earned the nomination as a standout on both sides of the ball for HFX Wanderers, playing a key role in the Halifax-based team reaching the 2020 CPL Finals. He won the second-most 1v1s among defenders in the league, and finished third in the CPL in successful tackles (16), third in successful duels (59), and fourth in interceptions (17).

N’sa played in nine of HFX’s 11 matches in PEI and 21 times in the Wanderers’ first season, distinguishing himself by playing across all positions in defence, as well as in central midfield.

Like most CPLers, N’sa has aspirations to play at a higher level. Awards such the best young player in a burgeoning league can only help build his reputation and attract the attention of suitors.

“Whether I win or not, this gave me the chance to be seen around the country,” N’sa said of the nomination. “It will make me work harder, teams in Europe or MLS will see that and, who knows, may see something in me.”

The 2020 CPL Awards will be announced Thursday. N’sa is up against Cavalry FC’s Mo Farsi and Valour FC’s Julian Dunn (on loan from Toronto FC) in the Best Canadian Under-21 Player of the Year category.