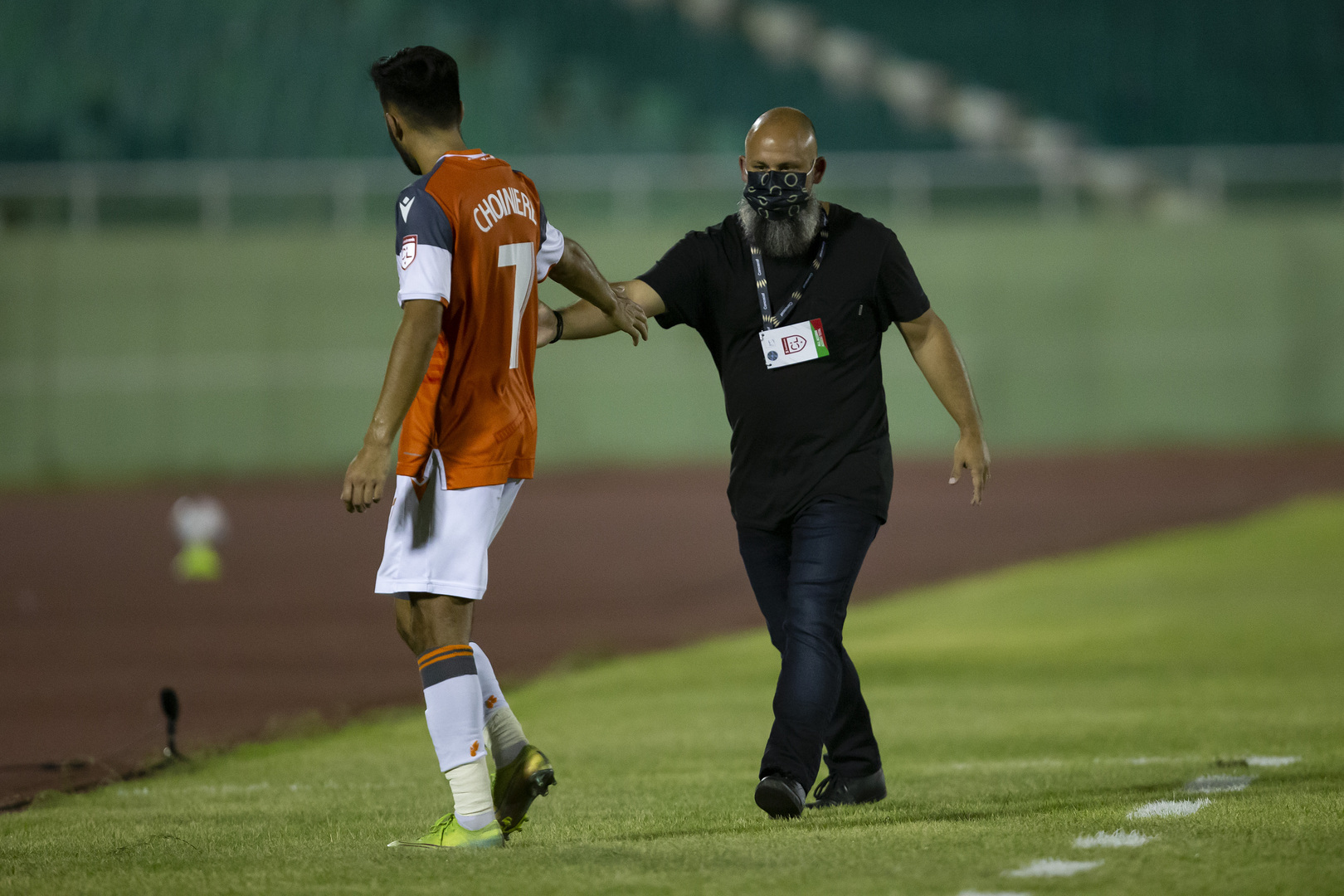 Forge FC's David Choinière and Bobby Smyrniotis during a Concacaf League match against Haiti's Arcahaie FC. (Nelson Pulido)
Smyrniotis, Forge eager for final chapter of 2020: ‘Get up and do what we do best’
2020-12-07
by
Charlie O’Connor-Clarke, Digital Content Editor (@charliejclarke)
News

Forge FC haven’t been around the world in the past 80 days, but they’ve certainly been all around this continent.

Since leaving Prince Edward Island after their CPL Final win on September 19, they’ve gone back to Hamilton, then to El Salvador and Panama, back to Hamilton again, down to the Dominican Republic, and now finally to Honduras.

That’s a hell of a travel itinerary for four games.

“There’s definitely a book to be written about the last three months, that’s for sure,” coach Bobby Smyrniotis said while chatting with CanPL.ca from Tegucigalpa on Monday.

His side flew directly into the Honduran capital on Sunday (Smyrniotis claimed the landing at the airport wasn’t as bad as YouTube makes it seem), having trained in Santo Domingo for the past week (with a few familiar faces looming from billboards…).

No matter what happens, though, Tuesday night’s Concacaf League play-in game against CD Marathón (TSN 5 and TSN.ca, 9:55 pm ET) will close that book for 2020. If they win, they’ll qualify for the 2021 Concacaf Champions League, but that particular competition will be well into the future; for now, this is it.

In such a bizarre season, Forge have embraced any modicum of normalcy they’ve been able to find. Right now, that includes the week they’ve had between last Tuesday’s quarter-final and this week’s play-in game; unlike the weeks of time off between other Concacaf League matches, or the gruelling three-day turnaround at The Island Games, a simple seven-day period feels almost like a regular matchday cycle.

That familiar routine of preparation could help them shake off the disappointment of their penalty-shootout defeat at the hands of Arcahaie FC last week, which is why they’re in this situation.

“We’re able to kind of look at it as a normal week and what we need to improve on,” Smyrniotis said. “After a day and a half of putting the other game behind, the script was flipped with the guys in a very positive way. We’re looking forward to this one.”

The game against Arcahaie was a very frustrating one for Forge, who dominated most of the affair but couldn’t find a second goal. Smyrniotis admitted that his side may have been missing a touch of sharpness at certain moments, but what matters now is they pick themselves up off the mat.

Forge doesn’t have a ton of experience rebounding from losses — they just haven’t lost very often — but they’ve shown an ability to do so, with six wins, two losses, and a draw all-time in matches immediately after a defeat.

No time to lament what could’ve been, though.

“We’ve had a great two years with a lot of ups as a club, and we haven’t had too many downs,” Smyrniotis continued. “Usually in sport you’ve got a lot more of those valleys than you have peaks. So we’ve just got to get up and do what we do best.”

RELATED READING: Smyrniotis reflects on Edgar’s impact at Forge: ‘He was spot-on right from the beginning’

Part of what Smyrniotis himself does best (in tandem with his staff, of course) is opposition scouting and tactical preparation. Thankfully, there’s plenty of tape available for Marathón, who just this weekend clinched their Group B title in the Honduran top flight with a 4-0 victory over Honduras Progreso. Smyrniotis pointed out that Marathón had a fortunate break this weekend, with their match originally slated to be played against league powerhouses CD Olimpia, but they still looked deadly in attack.

“This is a much different opponent in a lot of ways, in the way they play; a very direct, very physical opponent as opposed to who we played last Tuesday,” Smyrniotis explained.

“Marathón doesn’t overly rely on football and keeping the ball for long periods of time, they just want to impose pressure in your box as much as possible. That’s what we’ve seen there, and I think that’s something to be honest we do a good job of defending against in these types of games, and give ourselves a good opportunity as well of getting forward.”

Forge have had success against very direct teams in CPL play — HFX Wanderers come to mind, for instance — but Marathón will be a very difficult force to stop. As always, though, Smyrniotis doesn’t think for a second his players aren’t up to it the test.