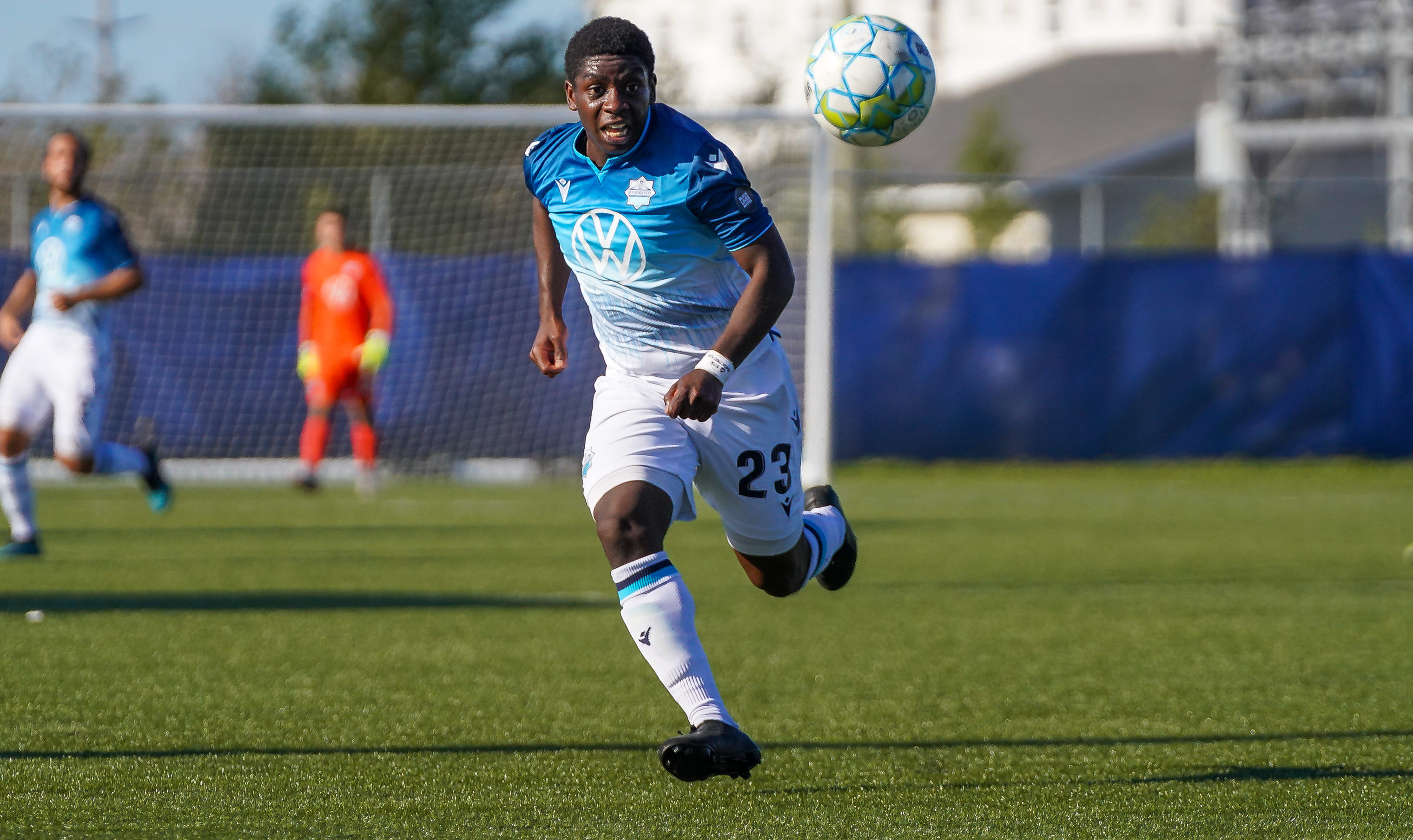 The No. 1 pick in last year’s CPL-U SPORTS Draft wasted no time making an impact for HFX Wanderers, as Bent earned three Gatorade Man of the Match honours from his first six appearances at The Island Games.

The Manchester United and Preston North End-trained winger was tricky and ever-prodding at opposing defences, making more key passes (1.74) and line-breaking passes (12.11) per 90 minutes than any other CPL forward in 2020, according to SportLogiq.

The 23-year-old former Cape Breton Caper scored his first pro goal for the Wanderers against Valour FC in round one after an admirable solo effort, stripping the ball off a defender and finding the net against the run of play.

THERE IT IS! @PacificFCCPL forward Terran Campbell gets his 1st goal at the #IslandGames, a glancing header off a curved cross by Marco Bustos@Terry_Dunfield: "A real striker's goal"

Campbell has recorded 12 goals and three assists for the Tridents in two years, including a breakout 11-goal season in 2019 that saw him fall just short of winning the CPL’s Golden Boot award.

The Island Games were relatively quiet for the 22-year-old, who recorded a goal and an assist – both of which came in PFC’s second-round rout of HFX Wanderers.

The native of Burnaby, B.C., has been one of the league’s top young strikers in his time with the club, and he’s one of the CPL’s most imposing physical presences in the penalty area. He was nominated for Best Canadian Under-21 Player of the Year in 2019.

Another Best Canadian U-21 nominee in 2019, Diyaeddine Abzi has emerged as one of the CPL’s best young stars over two seasons with York. The 22-year-old has made 35 appearances, including five at The Island Games, becoming an explosive wide threat as well as a solid defender in one-on-one situations.

Abzi carried over success in 2019, his first professional season, to The Island Games where he was deployed as a winger, building his reputation in Canadian soccer after being named to the 50-man squad for the men’s Olympic qualifying competition, which was later cancelled due to the COVID-19 pandemic.

Pantemis played all seven matches for Valour FC at The Island Games, making the best of his high-profile loan from MLS side Montreal Impact. The 23-year-old recorded two clean sheets, and made 19 saves while commanding Valour’s standout backline.

Pantemis did enough with Valour to earn three appearances for the Impact’s MLS squad this fall. Fresh off a call-up to the Canadian men’s national team this January, the rangy ‘keeper stands as one of Canada’s best goalkeeping prospects.

GOAL 🐎 | #CanPL 🍁@CPLCavalryFC get another courtesy of Jordan Brown!

But @HFXWanderersFC win a penalty right after. It's coming up next…

Newly-departed Jordan Brown will go down as one of Cavalry FC’s best players through two CPL seasons.

Brown finished joint-third in The Island Games scoring race with three goals, helping the Cavs advance to the second round. The 23-year-old Englishman scored five times in 30 appearances in 2019, including the club’s inaugural goal in a home match against York9 FC, and the opening goal in their historic Canadian Championship victory over Vancouver Whitecaps.

A tireless forward, Brown, who has joined German fourth-tier side VfR Aalen, was a handful for CPL defences – as seen in the above goal vs. the Wanderers.