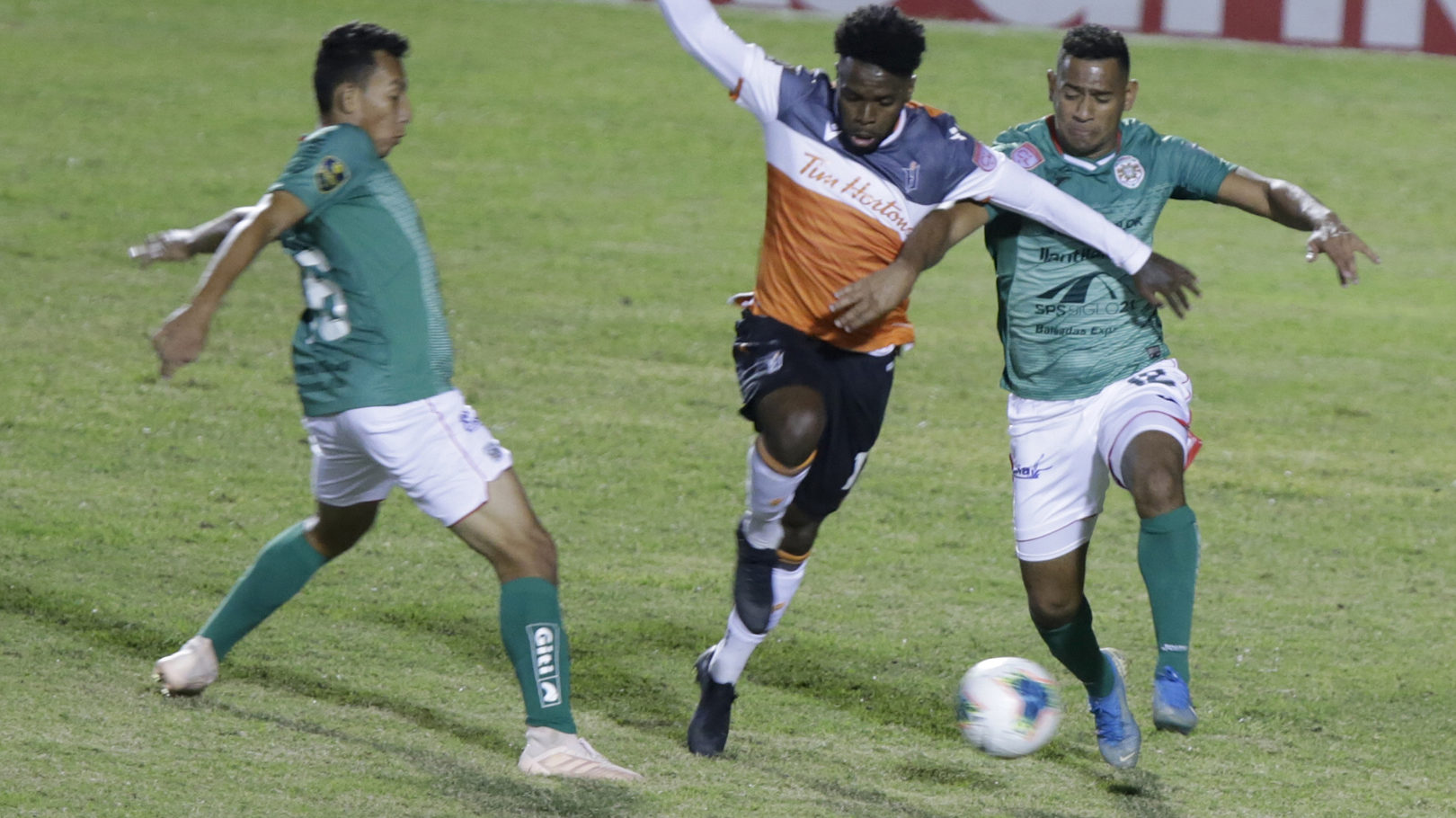 Forge FC hasn’t been eliminated from contention for the 2021 Concacaf Champions League just yet, but they are down to their final life-line.

As it stands, Forge has one last shot at it when they face Toronto FC in the Canadian Championship finals in early 2021 – the winner will advance to the Champions League, which is Concacaf’s most prestigious club tournament where it will face the top sides from across North America in next year’s competition.

Forge was eliminated from the 2020 Concacaf League following last week’s quarter-final loss to Haitian side Arcahaie FC. That result forced the CPL Champs into this Champions League “play-in” qualifier against Marathón, who lost to Costa Rican heavyweights Deportivo Saprissa in the quarter-finals. The eventual winner of the 2020 Concacaf League, as well as the other three semi-finalists and the two “play-in” winners advanced to next year’s Champions League.

The CPL Champs played the last four minutes of Tuesday’s game with only 10 men after captain Kyle Bekker was red carded for a studs-up tackle on Marathón goal-scorer Edwin Solano. Forge coach Bobby Smyrniotis also earned a red card in injury time for arguing with the referee. Aside from the two red cards, this ill-tempered match saw seven yellow cautions handed out and plenty of bickering at the referee by Forge players, who were upset over Marathón’s physical play and gamesmanship.

Smyrniotis made two changes to his starting line-up, inserting Maxim Tissot and Kadell Thomas at the expense of Paolo Sabak and Dom Samuel.

Played inside an empty Estadio Tiburcio Carías Andino in the Honduran capital, Tuesday’s game saw Marathón take it to Forge right from the opening kickoff, with goalkeeper Triston Henry forced into making a trio of great saves in the opening 15 minutes.

Henry’s best stop came when he tipped Luis Garrido’s attempt over the crossbar to deny the Marathón midfielder from scoring an audacious “Olimpico” goal directly off a corner kick. But Henry had no chance on Marathón’s opening goal, as Solano buried a rebound after the Forge goalkeeper made a smart save off a header from in close.

The lone scoring chance of the first half for Forge saw Thomas’ shot from inside the box cleared off the goal-line by a Marathón defender in the 10th minute. The Hondurans did a good job of slowing down the game and committing systematic fouls to disrupt Forge’s rhythm to limit their opportunities on the counter-attack.

Forge came out strong to start the second half and almost immediately netted the equalizer off a corner kick, but Mo Babouli’s shot from three yards out at the back-post slammed off the underside of the crossbar and Marathón escaped.

That was as close as the Hamilton-based club would come to scoring, as the Hondurans held them at bay for the rest of the night to hold on for the victory.