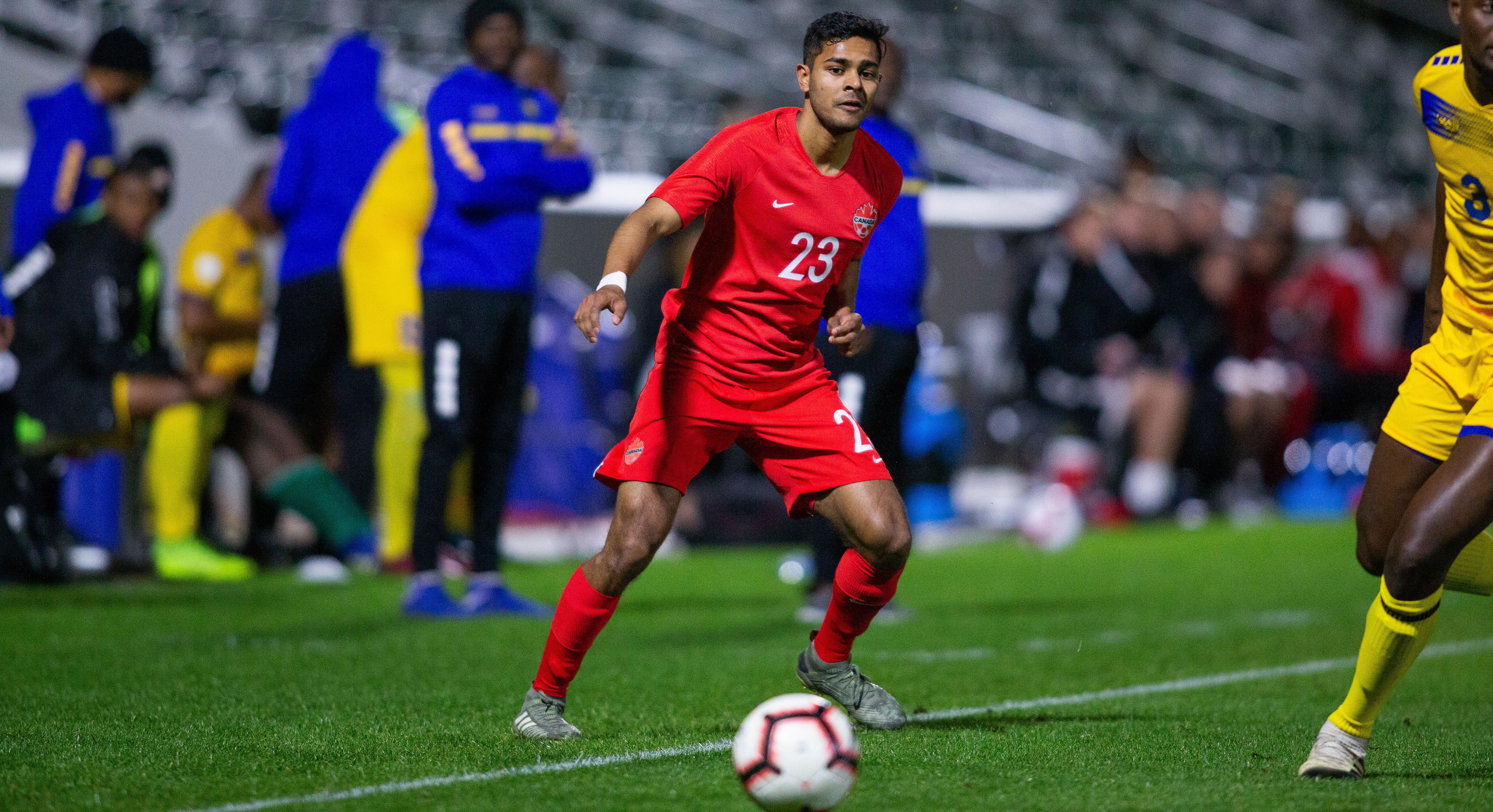 FC Edmonton has welcomed back another former Eddie for 2021, announcing on Monday that they’ve signed midfielder Shamit Shome, most recently of the Montreal Impact in MLS.

Shome, a 23-year-old Edmonton native, played 26 times for his hometown club in the NASL in 2016 under then-head coach Colin Miller, before leaving to play for Montreal.

“I am excited to be coming back home to play for the club and city that gave me so much growing up,” Shome said in a media release. “I can’t wait to work with the group of guys and the coaching staff we have to compete for trophies in both the CPL and Canadian Championship.”

In three years with the Impact, Shome made 52 appearances across all competitions, including 32 in 2019 (tied for third-most at the club). He played in five of Montreal’s six matches on their run to winning the 2019 Voyageurs Cup, as well.

Before turning pro, he played in U SPORTS for the University of Alberta, as well as in the FCE academy.

Shome has also represented Canada at the international level, having played for the under-20 and under-23 sides before earning two caps for the senior national team last January in a pair of matches against Barbados. He was named to Canada’s provisional roster for the U-23 Olympic qualifying tournament last year before its cancellation, and he may be involved in the qualification campaign this year.

“We are excited to bring in Shamit to join our squad,” FCE coach Alan Koch said. “His winning mentality and ability to create opportunities for his teammates are going to be a major part of our new team. I look forward to working with him to elevate his game to an even higher level.

“He has had excellent experiences in his career so far and we will help and support him in working toward achieving even greater individual and team success.”

Shome is the second former Eddie to return to the club this off-season, joining winger Kyle Porter.

Edmonton now has nine players officially signed for the 2021 season, as Shome joins a cast of five returning players and newcomers Fraser Aird and Paris Gee.

Shamit Shome has a message for all of the FC Edmonton fans! ⚽️#OneOfOurOwn#FCED pic.twitter.com/ibomepFy43