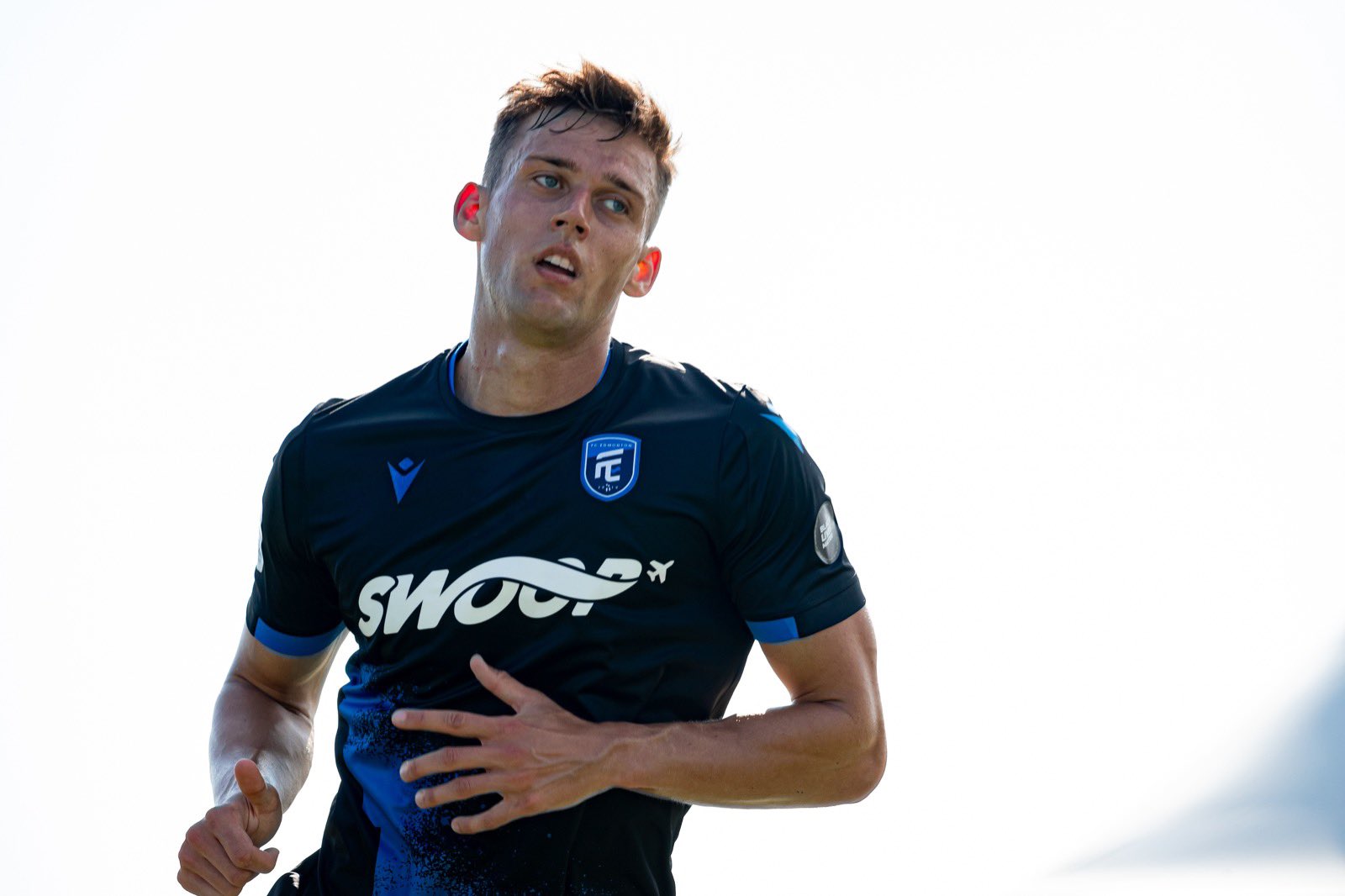 FC Edmonton fans can breathe a little easier on Thursday with news that stalwart defender Amer Didic will be returning to the club for the 2021 Canadian Premier League season.

The 26-year-old centre-back, who was born in Bosnia and raised in Edmonton, has been the keystone of the Eddies’ defence since initially signing for the club in early 2019. Didic has appeared 23 times for FCE over two seasons, with 20 in the club’s inaugural season in 2019.

At The Island Games, he suffered an ankle injury in the first match of the season, but he fought his way back to start both of the Eddies’ final two games of the first round.

Didic has proven to be reliable in defence for FCE, and just as capable moving the ball with his feet as he is fighting for the ball in the air with his six-foot-four frame. His skillset has garnered him attention from the Canadian national team program too; he has now been called up to the senior men’s team three times since joining FC Edmonton, earning his first two caps last January in friendlies against Barbados and Iceland.

He also became the first CPLer to score for the Canadian national team, getting his head on a corner kick to extend Canada’s lead against Barbados in his debut.

Didic was called into a national team camp for the third time as an Eddie (and the fourth time in his career) this week, joining fellow CPLer Marco Bustos in Florida with the squad.

“Amer is a modern-day centre-back with all the tools to be at the top of the game in this country,” Edmonton coach Alan Koch said in a media release.

“He missed a lot of the abridged 2020 season through injury, but we look forward to working with him to get him back on the pitch and to elevate his play to even higher levels. We expect him to be a big part of improving our defensive fortunes as a club this coming season.”

Prior to signing with his hometown club, Didic spent time in the system of MLS side Sporting Kansas City, playing three seasons with their USL affiliate at the time, Swope Park Rangers. He also played four years of college soccer for Baker University, from 2012 to 2015.

Didic is the 16th player publicly confirmed for FC Edmonton’s 2021 side, to be led by Koch. So far, Didic is joined by 10 fellow returnees, including his frequent centre-back partner Mélé Temguia.

The returning cast has been supplemented by some talented newcomers, including Fraser Aird, Kyle Porter, and Shamit Shome, as the Eddies look to improve on their winless 2020 season with a stronger squad in 2021.