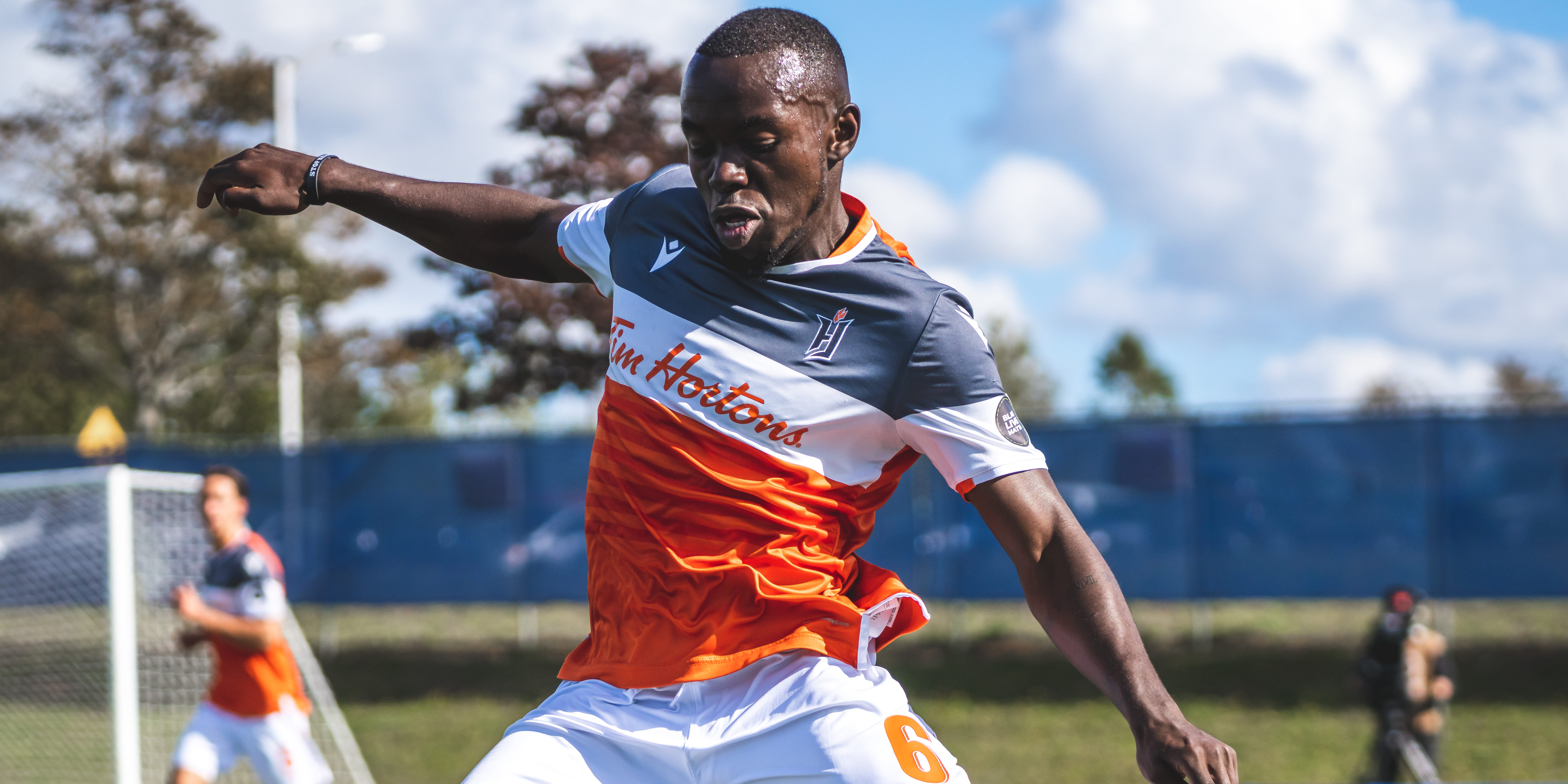 News is continuing to roll in at Forge FC.

The CPL champions announced on Tuesday that defenders Kwame Awuah and Dominic Samuel will be returning to the club for the 2021 season.

Both Awuah and Samuel played in 10 of the club’s 11 matches at The Island Games last summer, with the pair starting as fullback partners in the CPL Final against HFX Wanderers FC. Over two seasons at Forge, Awuah has made 45 appearances for the Hamilton-based side, and Samuel has made 46, including games in the CPL, Canadian Championship, and Concacaf League.

Awuah, a 25-year-old Toronto native, has been Forge’s first-choice left fullback so far, although he’s lined up in midfield at times as well. Over his two seasons, he’s contributed seven assists for Forge as one of the league’s most dynamic wide players going forward.

He first signed for the club from MLS side New York City FC, who picked him in the first round of the 2017 MLS SuperDraft out of the University of Connecticut. Awuah also spent many years playing under now-Forge coach Bobby Smyrniotis at League1 Ontario’s Sigma FC, alongside many of his current Forge teammates (including Samuel).

The 26-year-old Samuel, also from Toronto, has been a versatile defender over two years for Forge, with appearances at both fullback positions as well as his natural centre-back spot. He lined up mostly at right-back in PEI, providing cover for wingers with his defensive ability while also joining the attack on occasion. Samuel came to Forge directly from Sigma, where he was named League1 Ontario Defender of the Year in both 2015 and 2018. He also had a brief stint in 2016 with USL side Rochester Rhinos.

“You look at a guy like Dom Samuel, and as a defender I don’t think there’s a better defender in the league,” Smyrniotis told CanPL.ca. “He’s a natural centre-back, he’s a guy that’s played right-back for us, left back, he can play anywhere across the line, and if you look at his numbers over the first two years there are not many that match up to him and what he does.”

Samuel, in particular, may see his defensive responsibilities increase in 2021, with regular centre-back David Edgar retiring after the 2020 season.

Awuah and Samuel are the third and fourth players that Forge has confirmed for its 2021 roster, after announcing the returns of captain Kyle Bekker and goalkeeper Triston Henry last week.