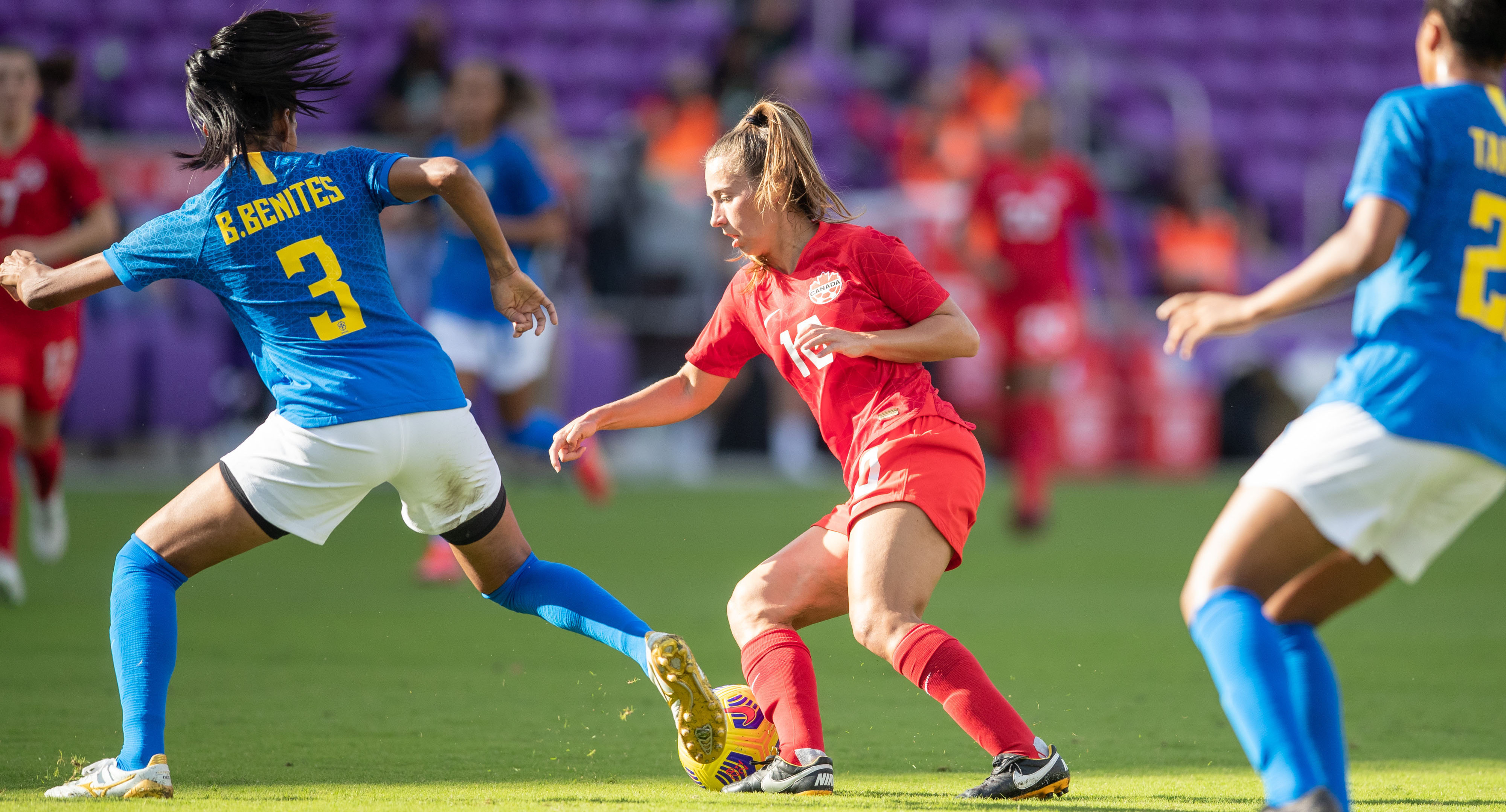 Canada and Brazil are tied for eighth in the current FIFA women’s world rankings, but it was the South Americans who looked the far better side when these two teams renewed their long-standing rivalry.

The Canadians closed their 2021 SheBelieves Cup campaign on a sour note, dropping a 2-0 decision to Brazil on Wednesday in the final game for both teams at this invitational tournament in Orlando that serves as a tune-up for the 2021 Tokyo Olympics.

Defensive errors doomed the Reds in this encounter, as both of Brazil’s first-half goals came directly off Canadian miscues at the back.

“We can’t start games against a Brazil side like that,” Canadian coach Bev Priestman conceded in the post-match press conference.

Canada finished this four-nation competition with three points from one win and two losses, and behind the United States (nine points) and Brazil (six points) in the final standings, as Priestman took charge for the first time since being hired last October. The Reds suffered a 1-0 loss to the U.S. in their tournament opener last week before rebounding to beat Argentina 1-0 on Sunday. Argentina went 0-3 and finished in last place.

The Canadian team was missing a number of key players at the SheBelieves Cup for a variety of reasons, including captain Christine Sinclair due to injury. This forced Priestman to play a number of fringe and young players, as well as handing senior team debuts to four others.

Despite a losing record and Canada’s scoring woes continuing, Priestman drew a number of positives from this tournament, including an expansion of the pool of players who could be available for Olympic duty.

“What you saw was new players and new partnerships out on the pitch. Of those new players that were in there, there was some massive performances across this tournament. Of course, we wanted to win for the fans and the country, but ultimately I got to see some players I wouldn’t have (otherwise),” Priestman said.

Even with Sinclair missing due to injury, Canada routinely created scoring chances in its three games, but its lack of goals left veteran Janine Beckie shaking her head.

“It’s frustrating to look at this tournament and see that we only put one chance away. As a forward, I take that on my back, along with the others who play in the front line,” Beckie said.

“I think the positive is that we’re creating those chances, but if I’m honest we’ve been saying that for a while, and we’ve not shifted to putting those chances in the goal. So, I don’t know what the answer is right now.”

She later added: “There’s absolutely no doubt that we need to be putting the ball in the back of the net, and that was very evident at this tournament.”

Priestman made four lineup changes on Wednesday from the Argentina match. She gave starts to veteran Desiree Scott (who served as captain), fullbacks Deanne Rose and Jayde Riviere, and midfielder Sarah Stratigakis (who scored against Argentina). Midfielder Quinn and fullback Allysha Chapman were ruled out due to injury.

The Canadians pressed their opponents right from the opening kickoff, with Beckie, Nichelle Prince and Jessie Fleming looking lively in attack and finding plenty space in behind Brazil’s defence.

But it was the South Americans who opened the scoring in the 14th minute. A poor pass played out from the back by Canadian defender Jade Rose led to a giveaway, and Brazil’s Adriana broke in on goal before slipping an angled shot through the legs of goalkeeper Stephanie Labbé that hit the far post. Trailing teammate Debinha stuck with the play, and beat flat-footed Canadian defender Shelina Zadorsky to the ball and potted the rebound into an empty net.

Brazil doubled its lead before halftime, once again pouncing on some sloppy defensive play by Canada. The Reds couldn’t clear their lines after Riviere’s poor headed clearance led to a scramble inside their penalty area. Brazil’s Julia capitalized with a gorgeous shot that beat Labbé and nestled inside the far post.

Adriana nearly added a third goal for Brazil just before halftime, only to see Labbé tip her dangerous shot from 23 yards out onto the crossbar.

Priestman made a double substitution at the start of the second half, drawing in forward Evelyne Viens and midfielder Jordyn Listro for Prince and Stratigakis. Soon after, Adrian Leon replaced Deanne Rose, and the West Ham United forward proved a handful for Brazil down the left-side, while Listro looked dangerous in the final third.

Canada’s pressure nearly paid off in the final minutes. Leon couldn’t get on the end of a ball played across the box by Beckie, while Zadorky’s sliding attempt hit the post, and she saw her rebound effort saved by Brazilian goalkeeper Bárbara. 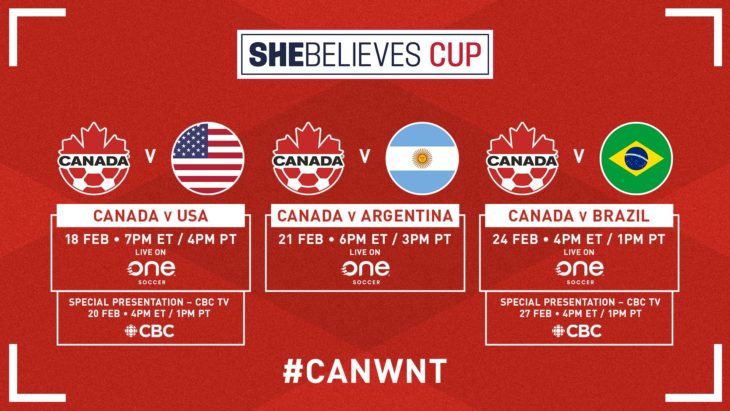