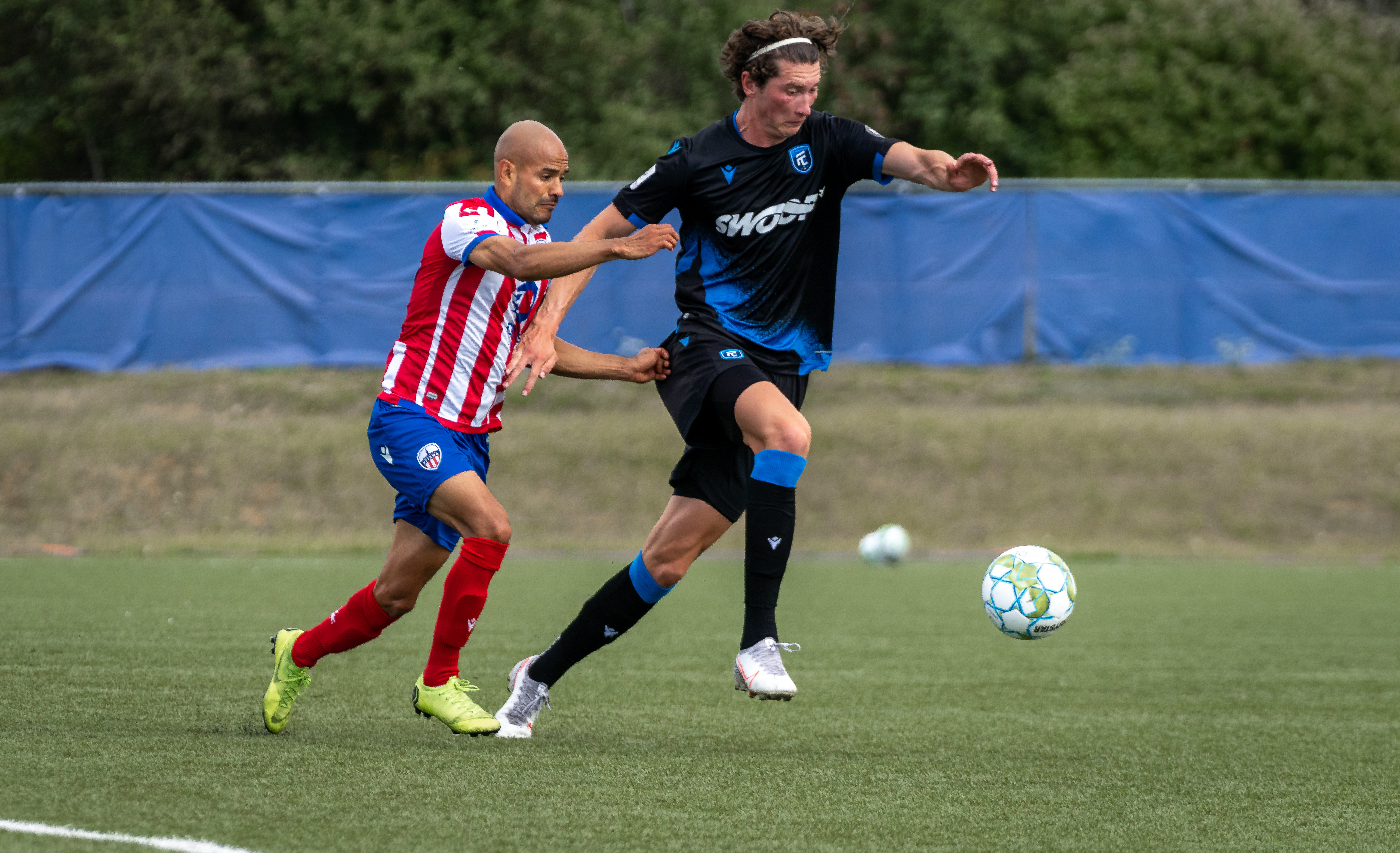 Canada’s 50-man roster will be pared down to 20 players no later than 10 days prior to the tournament, which begins on March 18.

The Canadians kick off Group B play at the Olympic qualifiers on March 19 when it takes on El Salvador. Canada will also face Haiti (March 22) and Honduras (March 25), with all games to take place in Guadalajara and Zapopan. Group A consists of Mexico, the United States, Costa Rica and the Dominican Republic. The top two nations in each group advance to the semifinals. Only the two finalists qualify for the Tokyo Olympics.

Which CPL player on the 50-man short-list has the best chance of making Canada’s final 20-man roster? CanPL.ca’s Marty Thompson, Charlie O’Connor-Clarke, and John Molinaro offer their picks below.

Which forward on the 50-man Olympic provisional roster scored the most professional goals in 2020?

It’s FC Edmonton’s Easton Ongaro. The 22-year-old bagged five goals in 14 games between the Eddies and Danish second-tier club Vendsyssel FF. Tack on his 10-goal campaign in the 2019 season and you have one of Canada’s most consistent scorers at this age level. It’s also easy to forget, in a year without much professional football going on, that Ongaro managed to get a considerable amount of game time and last played a full 90 minutes in December (he scored twice that month, by the way). How many others on this preliminary roster can say that?

This is all to say that a six-foot-six striker with the technical ability that Ongaro has will be of great use to a Canadian side that could be forced to attack against the run of play versus Honduras and Haiti, specifically. Few others strikers on the 50-man list could provide the ball-to-foot holdup play that Ongaro does. All in all, Ongaro should be viewed as Mauro Biello’s hot hand – and that should land him a spot on the final 20-man qualifying roster.

Nobody among the list of CPLers on the 50-man roster has been as consistent over two years in this league as Kadin Chung. The Pacific fullback is, by this writer’s reckoning, the best right-back in the CPL at the moment (especially so at The Island Games last year).

Chung is one of the league’s most well-rounded and mature defenders at his age, with plenty of upside at both ends of the pitch. He’s defensively responsible and rarely — if ever — beaten one-on-one, and he has a knack for springing counter-attacks with quick long balls or a fast overlapping sequence with a winger. Nobody in the CPL made more tackles (19) than Chung at The Island Games, and he made the third-most crosses from open play.

It’s a little rare that a fullback has as much of the ball as Chung has had at Pacific the past two years (he had the fourth-most touches in the CPL in 2020), and an Olympic squad likely wouldn’t funnel as much of its attack through him, but he would be a very reliable option on both sides of the ball.

To make this team, Chung has to compete with a pair of right-backs with senior national team caps — Marcus Godinho and Zachary Brault-Guillard — as well as fellow CPLers Mo Farsi and N’sa. He has a better track record in the league than either of the latter two, though (and he’s probably a safer bet defensively for a team that can’t afford to be sloppy at the back).

Neither Godinho nor Brault-Guillard have been particularly impressive lately at the club level, either, and although they may have an advantage thanks to their greater familiarity with the Canadian program, Chung played better in the right-back position in 2020 than anybody else on the 50-man shortlist.

So, why do I think Forge’s David Choinière has such a great chance at making the final roster? Simple: Big-game experience. When the match is the line or the stakes are high, the native of Saint-Jean-sur-Richelieu, Que., has shown a propensity for putting in solid performances and scoring important goals.

Go back to the second leg of the 2019 CPL Finals, where Forge was holding onto a tight 1-0 aggregate lead over Cavalry FC at ATCO Field. Choinière came on as a substitute in the 67th minute, and injected some energy into Forge’s attack with his quickness. And it was his goal deep into injury time that sealed the a Forge win, as the Hamilton-based club hoisted the North Star Shield.

Choinière helped Forge make history when he found the back of the net — once again in injury time — against Guatemalan side Antigua GFC at Tim Hortons Field in the first leg of their preliminary round series during the 2019 Concacaf League. In doing so, Forge became the first CPL team to win a match in an international competition. He went on to score against Club Deportivo Olimpia in Honduras in the next round.

He also scored in a 2-1 win over El Salvador’s Club Deportivo Municipal Limeño in the 2o20 Concacaf League, as Forge once again made history, this time as the first CPL side to win on foreign soil.

If Biello is keen to select impact players who can score in tight games, then Choinière should be on his roster.