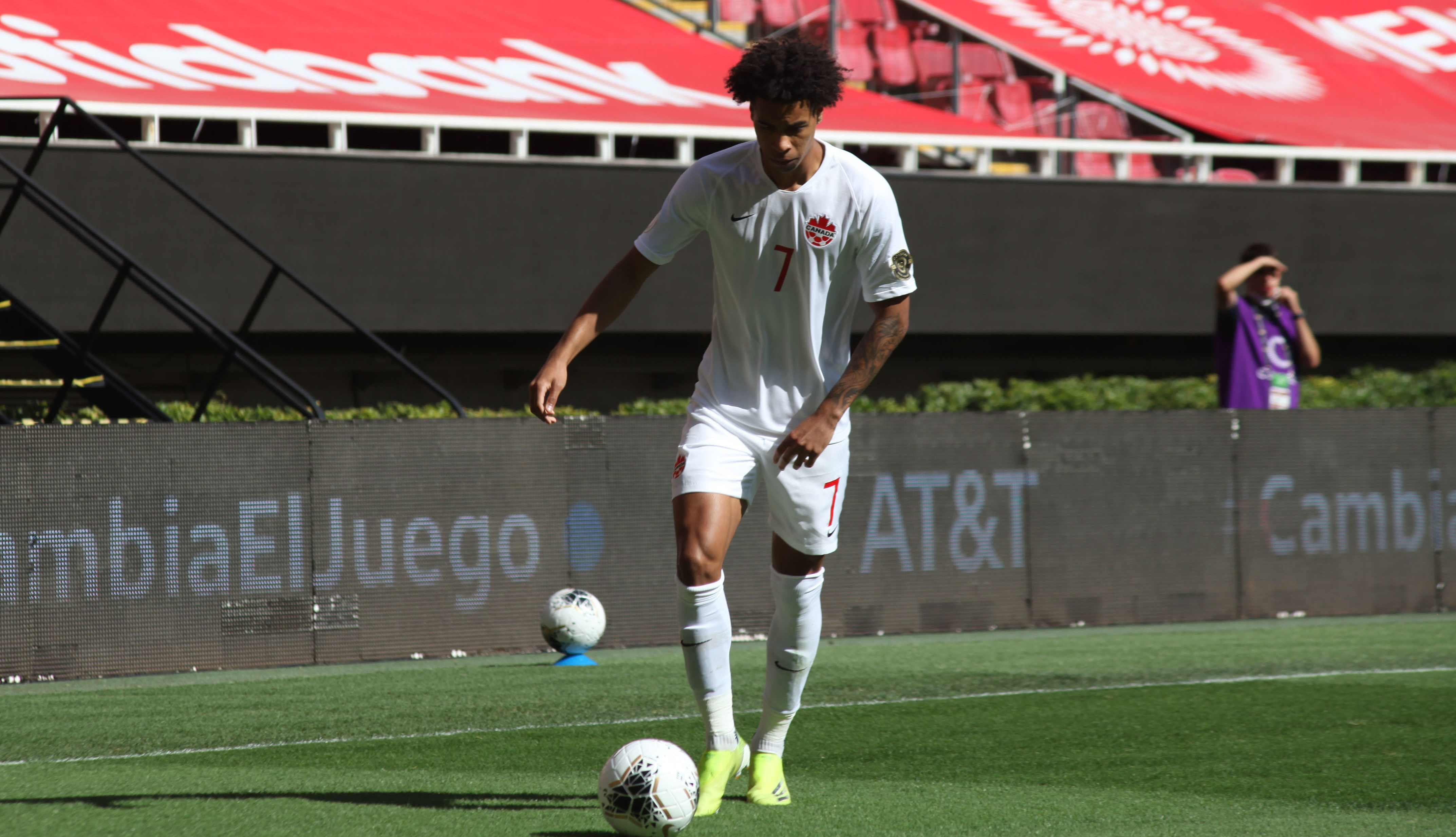 The Canadian under-23 team found things much tougher on Monday at the Concacaf Men’s Olympic Qualifying Tournament.

Canada had to settle for a 0-0 draw against Haiti at Estadio Akron in Zapopan, Mexico after opening the tournament last week with an impressive victory over El Salvador.

Canada and Honduras sit atop the Group B table with four points apiece, ahead of Haiti and El Salvador (both on one point). Canada plays Honduras on Thursday in the Group B finale. Finishing first in this group is important, as it likely means avoiding host nation Mexico in the semifinals. Only the two tournament finalists qualify for the Tokyo Olympics.

After Canada had a pretty easy time of it in the first half, Haiti made things far more difficult during the final 45 minutes, using their speed and pressing game to cause plenty of problems for their opponents, especially on the counter-attack.

“In the first half we were able to control the tempo of the game and we created some good opportunities, (but) we didn’t take our chances in that first half. In the second half we got a little bit too loose and in different moments they caught us in transition,” Canadian coach Mauro Biello told reporters after the game.

“They defended well in the first half and not giving us much space. They did a good job of keeping their lines tight and they grew from there,” Biello offered.

A virtual spectator against El Salvador, goalkeeper James Pantemis was kept busy by Haiti, and made a number of crucial stops to keep Canada in the game.

“Fantastic game for James. He came up big for us in those moments… Today, they had a couple of good chances that he was able to bail us out on,” Biello said.

Pantemis ended up making four saves on the night in a man-of-the-match showing for Canada.

“It was an interesting game… Overall, happy with the performance from our team. Obviously, we would have preferred to get three points, but a point is a point, and we’re still undefeated in the group stage,” Pantemis said.

Canada carried the play for the opening half against an ultra-defensive Haiti side that sat in a low block and put plenty of numbers behind the ball. Counter-attacks by the Haitians were few and far between, and they didn’t register a single shot on target in the first half. But for all of the Canadians’ dominance in possession, they were let down by some poor final touches. Tajon Buchanan, who bagged a brace in Canada’s win over Salvador, wasn’t as effective against Haiti as he didn’t receive the same quality of service.

The Reds carved out hatful of chances, with Marcus Godinho, Michael Baldisimo, Aidan Daniels and Cornelius all having good looks on goal from inside the box. The best opportunity fell to Buchanan, whose quick-footed shot from the edge of the box off a feed from Charles-Andreas Brym was kick-stopped by Haitian goalkeeper Alan Jerome.

Haiti was more adventurous in attack after the break, putting Canada under a spell of relentless pressure to start the second half, and forcing goalkeeper James Pantemis into action for the first time.

Buchanan had a glorious chance to put Canada ahead in 62nd minute, but his tame header off a dangerous free kick played into the box by Baldisimo fell into the waiting arms of the Haitian goalkeeper.

Moments later, Pantemis had a to make a smart save off a long-range blast from Haiti’s Eliader Dorlus. Pantemis came up big again 72nd minute, parrying away Dutherson Clerveaux’s header from in close to rob the Haitian of a sure goal.

Canada furiously pressed for a late winner in the dying minutes, with Tabla coming close to scoring on the counter off a setup from Buchanan, but Haiti cleared the danger and admirably held on to collect a share of the points.