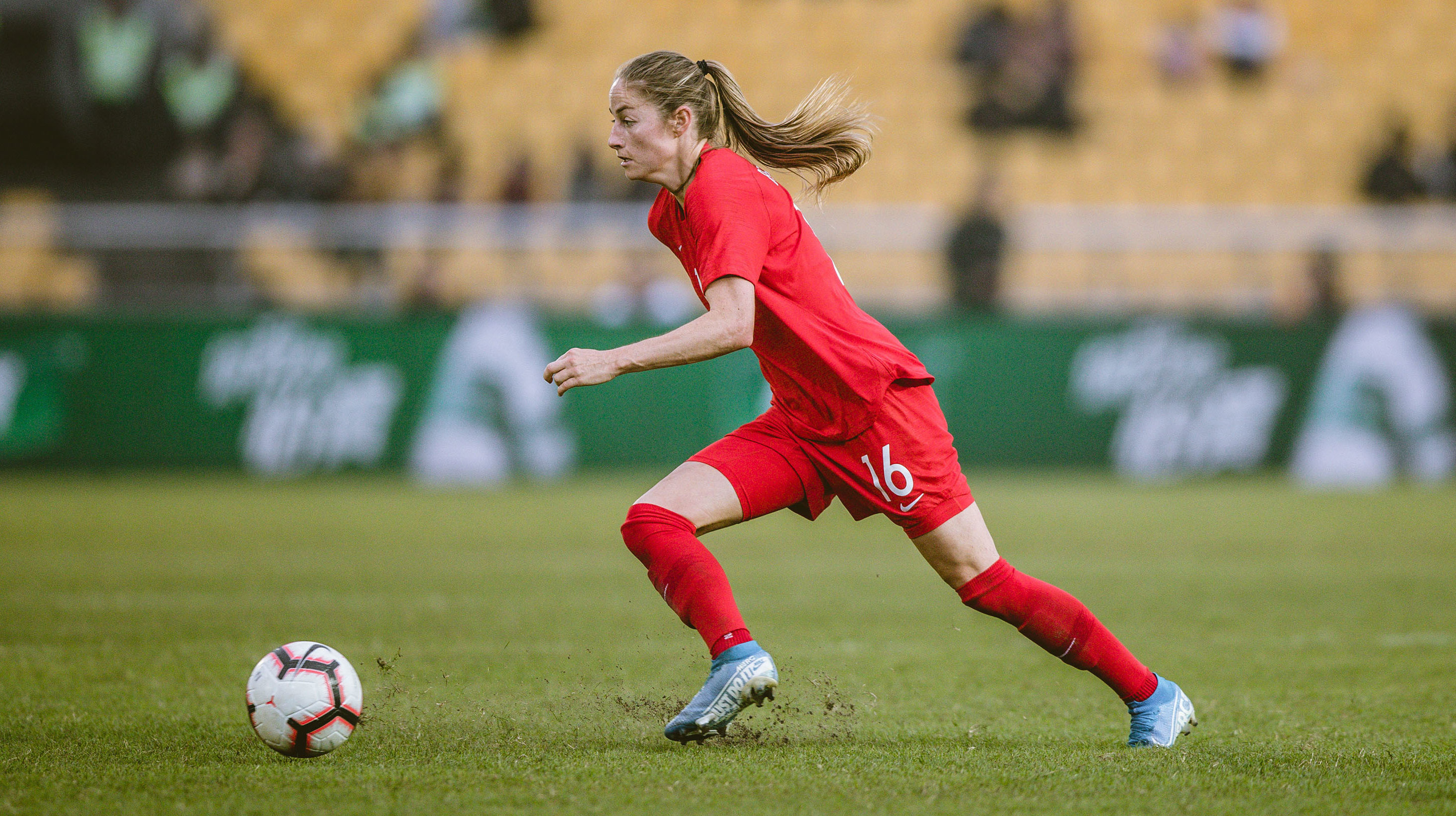 It’s a great time to be a soccer player in Saskatchewan.

The Canadian Premier League revealed this month that it had awarded the exclusive rights to an expansion club to Living Sky Sports and Entertainment Inc., a Saskatchewan-based company.

The deal in principle is contingent upon LSSE building a soccer-specific stadium that meets the league’s standards. LSSE has identified Prairieland Park in Saskatoon as its preferred site for a stadium.

Professional soccer coming to Saskatchewan has already been pegged as a major boon by Valour FC’s Brett Levis and Pacific FC CEO and part-owner Rob Friend, who both emerged from the province to have successful professional careers.

But Friend and Levis are just the beginning of a surprisingly-impressive list of male and female players to come from Saskatchewan.

Here are nine of the province’s greatest soccer exports.

An integral part of the Canadian women’s team for a decade, Saskatoon’s Kaylyn Kyle is one of the province’s greatest footballing exports.

Kyle broke through after a successful freshman season with the University of Saskatchewan in 2006 when she scored three goals and three assists. Canadian national team camps followed, along with club opportunities with Vancouver Whitecaps and in Sweden.

She appeared in all six matches for Canada at the 2012 London Olympics, including the 1-0 win over France in the bronze medal match.

Kyle went on to amass 101 caps for Canada before announcing her retirement in 2017.

A second Saskatchewan native on that historic Canadian bronze-winning roster in 2012, midfielder Kelly Parker made her 40th and final appearance for Canada at the London Olympics.

Parker, who played club soccer across North America and in Germany, famously assisted on the goal that helped Canada qualify for London, against Mexico at the 2012 CONCACAF Women’s Olympic Qualifying Tournament in Vancouver.

Levis made the U SPORTS (then-CIS) national championships twice with the Huskies and won the CanWest conference in 2014, both firsts for program. Levis’ 29-goal return in his 50 matches for U of S caught the eye of the Vancouver Whitecaps, where he landed in 2014 with its USL League 2 side. He went on to make 85 appearances for the club’s various teams, including 24 in Major League Soccer.

The speedy wide player landed with Valour FC in 2020 where he made five appearances and recently re-signed for the upcoming CPL campaign.

Born in Colorado, Manchester City’s Janine Beckie spent a small part of her childhood in Saskatchewan, but she gets claimed by the province because, well, she’s just that good.

The 26-year-old has 73 caps and 31 goals for the Canadian women’s side, emerging as a first-choice winger and attacking focal point. Beckie is the third Saskatchewan native on this list to win an Olympic medal after scoring three goals during Canada’s Rio 2016 Olympic run – a breakout tournament for the winger.

Janine’s brother, Drew, was born in Regina and returned to Canada from Colorado as a teenager to join the Vancouver Whitecaps Residency program. Beckie was selected by Columbus Crew in the 2013 MLS SuperDraft after a successful collegiate career with the University of Denver. The centre-back has since strung together an impressive career in the USL and NASL, racking up over 100 appearances between the two leagues.

Currently a free agent, the 31-year-old is keen to return to the professional game – just check his Twitter account.

The youngest player on this list, 21-year-old Thomas Hasal is only just beginning his professional career. Born in Cambridge, Ont., but raised partially in Saskatchewan, the Vancouver Whitecaps youngster earned his professional debut off the bench at the MLS is Back tournament last summer.

Hasal went on to make nine appearances in MLS last year before a fractured tibia and concussion ended his run as first-team starter.

Jamaica-born Kevin Holness represented Saskatchewan on the national stage in the 1980s and 1990s, making nine appearances for the Canadian men’s team while playing his entire outdoor professional career in Canada. Holness is now the technical director of local club FC Regina.

Rob Friend was born in Rosetown, a town a little over an hour southwest of Saskatoon. The towering forward went on to carve out a successful career in Europe, using his six-foot-five frame to score over 70 goals between top-tier sides in the Netherlands, Germany and Norway. Friend, who is a part-owner of Pacific FC, also emerged as one of the Canadian men’s team’s more prominent forwards through the 2010s.

Friend, 40, recently spoke to CanPL.ca about what the professional game could do for aspiring players from Saskatchewan in the future.

“It’s absolutely gonna grow the game, not only in Saskatoon but across the province,” Friend offered. “I’ve seen what’s happened here on Vancouver Island with what Pacific’s done, really just multiple things providing a professional pathway for the local player, something to strive toward.

“With CPL clubs being involved with the youth game — visiting schools (for example). When a young kid goes to a professional soccer game, it certainly gives him motivation to go out the next day to train.”

David Greyeyes is a well-known figure in Saskatchewan between his time with the Canadian Army and his prowess on the pitch. Born in Muskeg Lake Cree Nation in 1914, he was a multi-sport athlete but had the most success in soccer, competing against Charlton Athletic and Newcastle United and earning three appearances for the Saskatchewan all-star team.

Greyeyes later enlisted to fight in the Second World War where he was stationed in seven European countries during six years of service. He was inducted into Saskatchewan’s Sports Hall of Fame and appointed a Member of the Order of Canada in 1977. Greyeyes was also an inaugural inductee in the Saskatchewan First Nations Sports Hall of Fame in 1994.