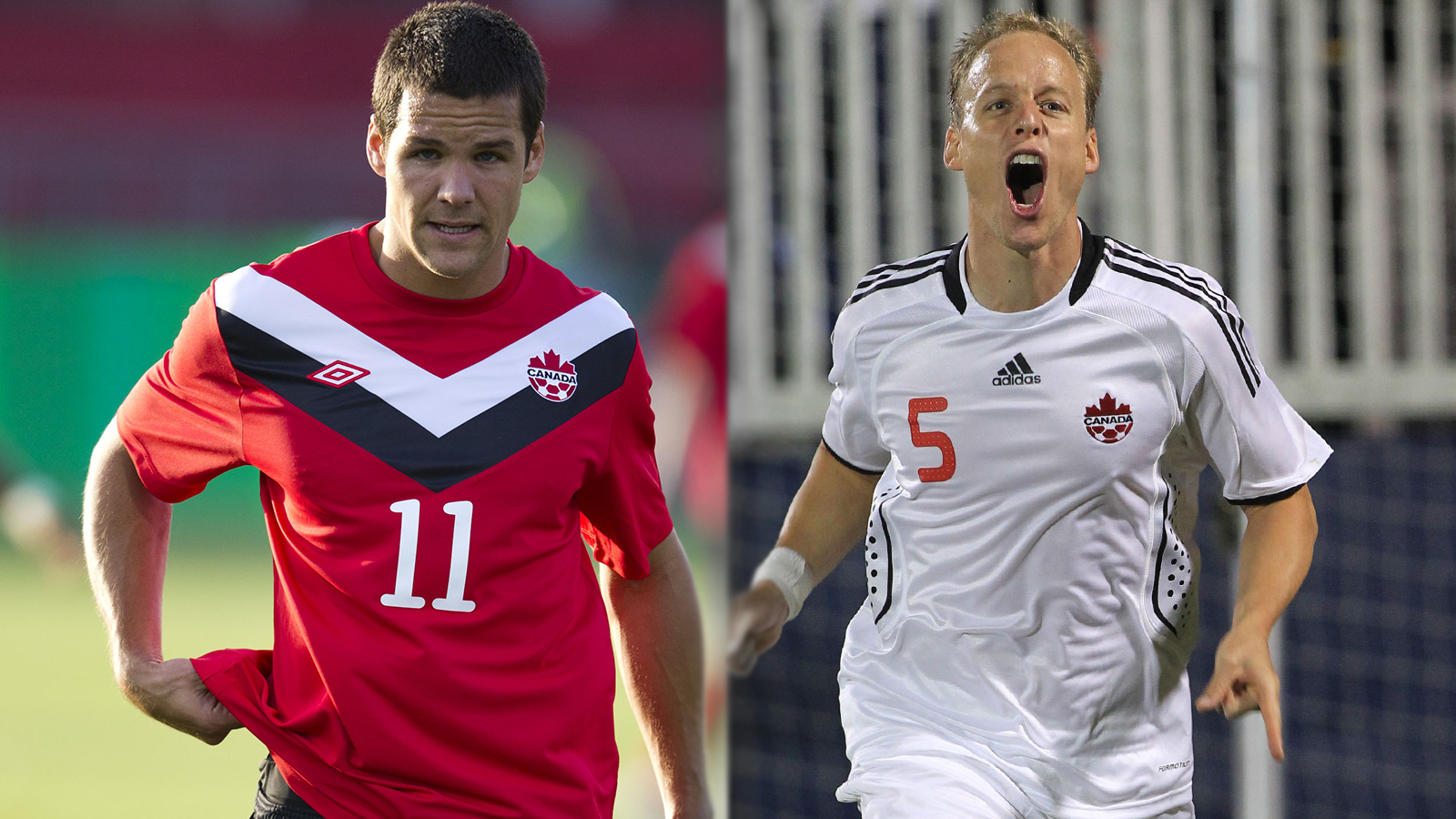 It’s been a brilliant year for Canadians in European football.

It’s an unprecedented boom for Canadian football that has made us at CanPL.ca think just how far the sport has come – especially in the past decade.

So we’ve gone back – to the 2010-11 European season – to show just how transformational this decade has been for men’s national team stars plying their trade in the top leagues.

RELATED READING: CanMNT’s superb 2020-21 in Europe can’t be taken for granted: O’CONNOR-CLARKE || By the numbers: A record-breaking year for CanMNT players in Europe

We’ll start with objectively the best season by a Canadian in 2010-11: Josh Simpson at Super Lig side Manisaspor. The talented winger – and now president of Pacific FC – recorded a team-leading 13 goals and six assists in 35 appearances, guiding Manisaspor (who now feature in the Turkish third tier) to a mid-table finish. Not a bad little season for Simpson who moved to Swiss giants Young Boys the following year, only for a tragic leg break to end his career prematurely and ending his national team career at 43 caps and four goals.

He faced off against fellow Canadian international Michael Klukowski – a name you may forget considering he retired just a few seasons after the 2010-11 campaign – playing for Ankaragücü. The then-28-year-old recorded three assists and a goal across 19 league appearances, helping the club stay up with a 12th-place finish. Not bad.

Patrice Bernier, another Les Rouges veteran who made 56 appearances for country, was the only Canadian to capture hardware in 2010-11 when he played a support role in FC Nordsjaelland’s Danish Cup victory. The side beat FC Midtjylland 3-2 in the final – though Bernier missed out of the last three rounds of the cup and played 22 times that season.

To our records, that is the only cup or league title captured by a Canadian that season – a stark contrast to 2021’s haul.

It’s worth noting the Canadians that didn’t play in a top tier exactly ten years ago but were bouncing between leagues at the time. Rob Friend, who scored seven goals for Borussia Mönchengladbach a few years earlier, had dropped to Bundesliga 2 with Eintracht Frankfurt. Burnley’s David Edgar, who played in the Premier League in 2009-10, featured in the English Championship while Julian de Guzman has just swapped Spanish club Deportivo de La Coruña for Toronto FC the off-season prior.

While not yet declared for Canada, Blackburn Rovers winger Junior Hoilett had his best season to date ten years ago, scoring five goals and adding an assist for Premier League side Blackburn Rovers. A 20-year-old Hoilett shined as one of Canada’s (and England’s) brightest young talents and was linked to big clubs like Liverpool and Tottenham, though he wouldn’t commit to the national team for another four seasons.

Hutchinson, fresh off a move from FC Copenhagen in 2010, made 50 appearances for PSV – including 11-out-of-12 in a Europa League run that ended in the quarterfinals – as the side finished third in the league for the second-straight season. Not bad, but when you compare 37-year-old Atiba’s accomplishments of a league title and staggering number of apperances, it’s hard to compare for the midfielder second all-time in caps for the senior side at 85.

You may recall 2010-11 as a breakout campaign for fellow Les Rouges starter Milan Borjan, who emerged as Serbian top-tier side FK Rad’s starter with a nine-game winning streak, and helped the side finish fourth – up from ninth the previous season and enough to earn a Europa League spot. Borjan, then 23, gave up just 16 goals in 23 matches which was enough to earn him his first cap for Canada a move to Turkish giants Sivasspor.

Other players of note: McKenna, Radzinski

Canadian striker Tomasz Radzinski had a modest campaign ten years ago as a 37-year-old in the Belgian top flight. Suiting up for Lierse SK, the former Fulham and Everton starlet scored 10 goals and added nine assists, helping the side narrowly avoid relegation.

Calgary, Alta. native Kevin McKenna made over 120 appearances for top-flight sides during his career – which peaked with FC Koln in the Bundesliga. McKenna, then 31, missed most of the 2010-11 season as The Billy Goats, who were relegated from the Bundesliga this season, finished 15th.

Marcus Haber played first-tier football in 2010-11, suiting up for St. Johnstone FC of the Scottish Premiership 14 times and managing a single goal, before ruperting a ligament in November and, thusly, sent back to parent club West Brom of the Premier League.

Needless to say, the 2020-21 season for Canadian men’s players was unmatched by the decade prior – and possibly for any season before it.