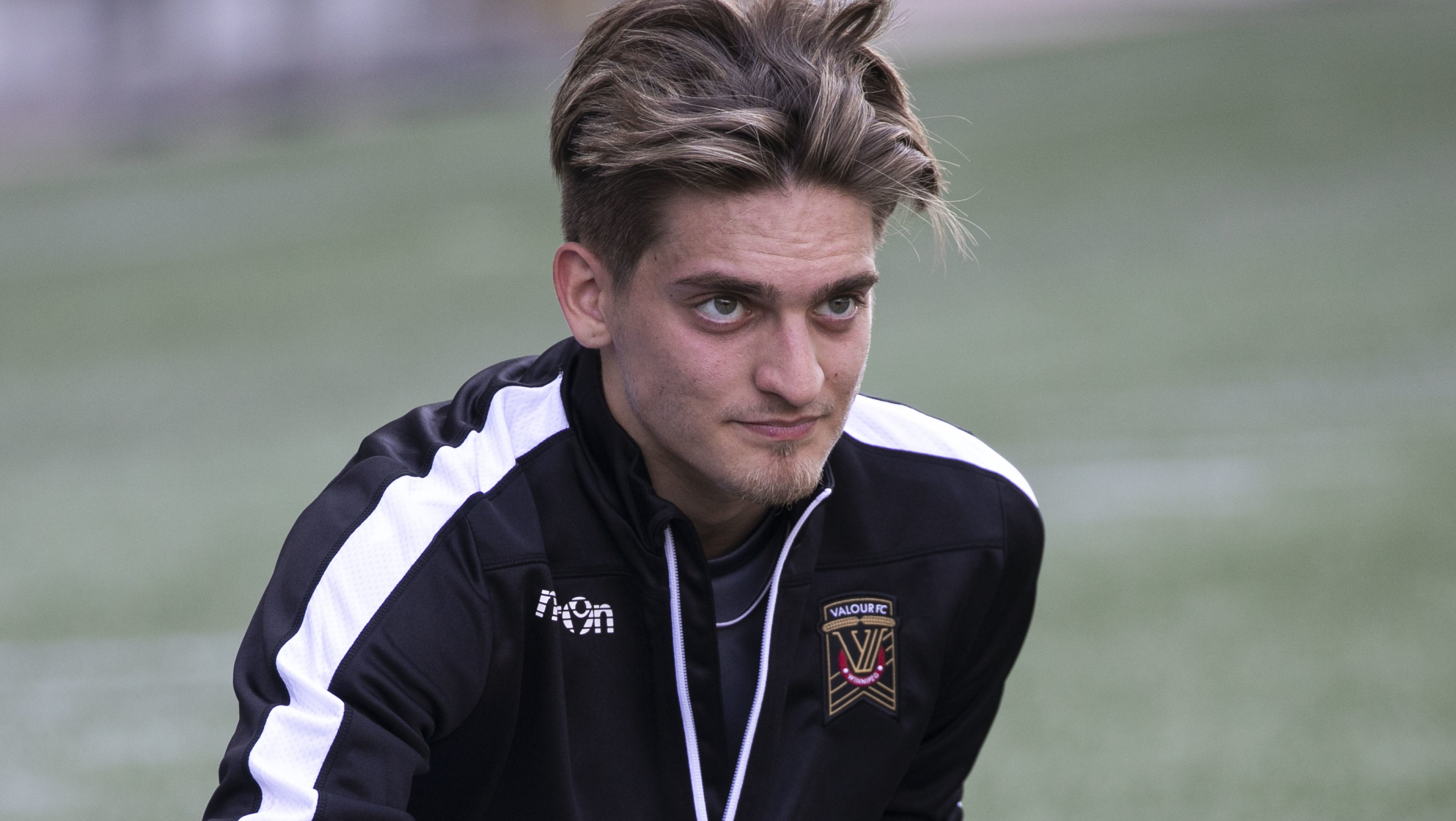 The pieces of the band are all there — the horn and rhythm sections, the guitarists, the piano player and even a candidate or two to handle the lead vocals.

The key now for Valour FC as training camp unfolds over the next few weeks is how Rob Gale & Co. bring the crew all together and help it make some sweet music together.

And as we come to the third instalment of our look at each positional group within the CPL club it could be said that critical in all this is the club’s midfield.

After all, without a good crew in the middle of the park to connect the backline and the attack, the music would sound like a herd of cats simultaneously coughing up fur balls.

“The game is won and lost in both boxes, so if you can dominate in those with centre backs and at the other end of the field you’ve got a chance,” began Gale, Valour’s GM and head coach. “But, to get the ball into those areas or keep them out of the other areas you need your midfield unit.

Valour was dealt a blow earlier this month when it was announced Nestor Monge – the Costa Rican international hailed as a key offseason signing – would not be available to the club due to visa issues.

That said, there is an intriguing mix of talent in the midfield, even if Gale has indicated he would still like to add a couple of new faces into the mix.

There are experienced vets like Daryl Fordyce and José Galán. There is the improving talent of Raphael Ohin, who brings his metronome-like energy to the middle of the park. There is the versatility of Brett Levis and the talent of new faces like Sean Rea and Keven Alemán. There is Nico Galvis, who returns to the club after playing in 2019 and then there is Andy Baquero, the 26-year-old Cuban international who is still in quarantine.

“It’s exciting. There’s a lot of depth and a lot of different pieces, which you need,” explained Levis in a chat with CanPL.ca this week. “You can’t have, for example, three midfielders who are all attacking or very defensive.

“It’s good to have the veterans like José or Daryl who read the game very well and know where exactly where they need to be and when they need to be there. Then you add pieces like myself or Sean or Kevén, who are a little more technical in finding those pockets… we seem to have the perfect balance of offence and defence.”

Finding even more roster flexibility is key for Valour in 2021. Last year’s Island Games saw their backline devastated by injuries, but it was players like Levis and Stefan Cebara – just two examples – who showcased a positional versatility that allowed Gale to be creative with his starting 11 when the injured list began to grow.

That depth and versatility is already evident in the collection of midfielders, even with the coaching staff on the hunt for more faces.

“What you’re looking for is players with the energy to get up and down the pitch and connect the game from front to back and back to front defensively,” said Gale. “You need your passers, your dribblers, your creativity, your forwardness… it really has to be a good blend of skillsets and outside the characters and personalities, too. We feel we’re getting there.

“We know we need to be better in the final third. You win football matches by sticking the ball in the back of the net and as much as we improved defensively and I thought our soccer deserved more goals but that’s why we’ve got to be more clinical when we’re dominating football matches in possession.

“Sean and Keven have that ability to unlock a defence. I’ve said it before about them being like a surgeon’s knife when you’ve got to thread that needle. They both have that.

“Plus,” Gale added, “there’s a lot of continuity there and especially for our game model where we’ve got two or three formations that we can play you need versatility in your midfield to be able to drop into the backline on occasions or two connect ahead of the ball as well. So, we need a number of looks in that midfield department. It really is key.”