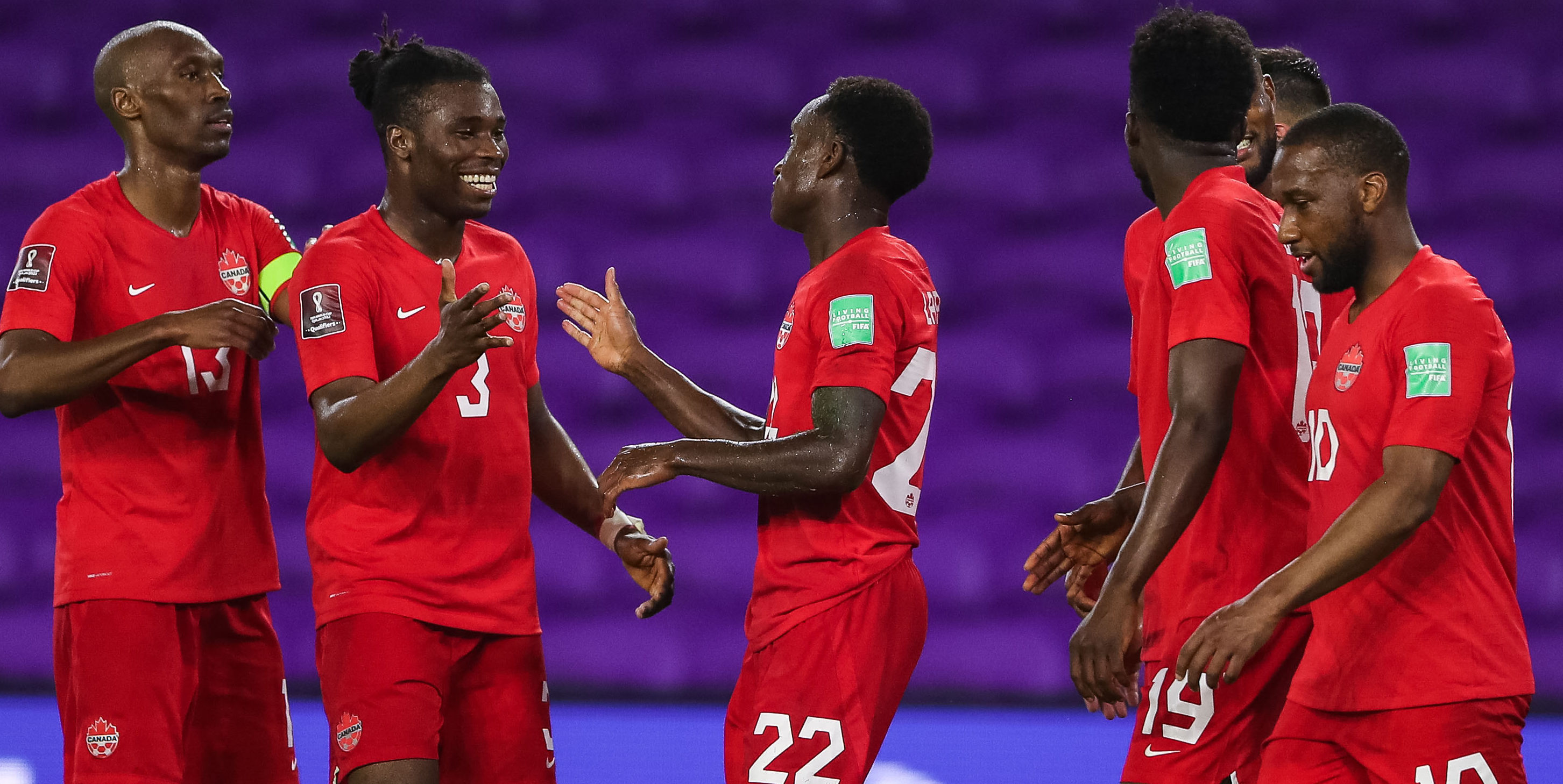 The Canadian men’s national team will be eased into a potential four-match 2022 FIFA World Cup qualifying run on Saturday with a first-round group stage match against Aruba.

A total of 135 spots separate Canada (2-0-0, +15 goal differential, 70th-ranked) and the already-eliminated Arubans (0-0-2, -9 goal differential, 205th ranks) in the FIFA World Rankings – the largest disparity in the five-team Group B. While the match at IMG Academy in Bradenton, Florida is an important tilt for World Cup qualification, Canadian eyes will be fixed to the group decider against a retooled Suriname side (Tuesday, June 8 at 8 pm ET/5 pm PT on OneSoccer) later this week and, if Canada tops the group, a do-or-die two-legged second round tie to reach the final “octagonal” stage for the first time since 1998.

Aruba dispatched Cayman Islands 3-1 on Wednesday with goals from forwards Terence Groothusen and Joshua John. Canada beat the Caymans 11-0 in March – their biggest win in program history – and also thumped Bermuda 5-1. For context, the Bermudans dispatched Aruba 5-0 three days prior to their match against Les Rouges. Still, Canada has a job to do.

“They’ve added a few new players; we expect a tougher test against Aruba this time around,” said Canada coach John Herdman. “And the conditions have changed, so we’re playing in some pretty intense heat and humidity. The players have definitely felt that this week, particularly the guys coming in from Europe.

That said, Herdman said it will be challenging for Canada to ensure they simultaneously do what they need to against Aruba and remain fresh and focused before Tuesday night. Having just two days between matches, as opposed to Suriname’s three, won’t be ideal.

“We can’t look past game one; there’s nothing stopping Suriname going out there with the quality of their team and banging in eight or nine goals against a Bermudan team which looked very experimental,” Herdman said. “We’ve got to stay vigilant. There’s a group of players that are clear, they’ve got the first mission, their job is to put on a strong performance and a clear message and set the tone for the second mission.”

Canada has a very strong squad available for this contest, with Jonathan David making his return to the national team for the first time since 2019 and joining fellow stars Alphonso Davies and Cyle Larin. Missing out on this camp are a few notable names, including Atiba Hutchinson, Scott Arfield, Kamal Miller, and Derek Cornelius, but in general the roster is replete with talent.

Les Rouges will be taking on Aruba for the first time in either program’s history on Saturday, despite the small Dutch territory having had a national football team since 1932 (and affiliated with FIFA since 1988).

As mentioned, John Herdman and co.’s next match will come against Suriname on Tuesday. It will likely be a group decider as Suriname sit in second place in Group B and are expected to beat Bermuda in their penultimate group stage tilt Friday.

What’s on the line?

This match is win or bust for Canada, essentially. They’re almost certain to be competing with Suriname for top spot in Group B on Tuesday, but that will only happen if both teams enter the match with perfect 3-0-0 records. Suriname has their chance to do that on Friday night against Bermuda, and Canada will have to do likewise against Aruba.

As it stands, Canada leads Group B on goal differential (plus-15 to Suriname’s plus-9), partly thanks to their 11-0 drubbing of the Cayman Islands. If Suriname manages to run up the score against Bermuda, the Canadians may need to ensure they stay ahead by putting as many as possible past Aruba.

Of course, it is crucial that Canada win the group: only the top team moves on to the two-legged tie with Group E’s winner, with the other four teams being eliminated from World Cup qualification.