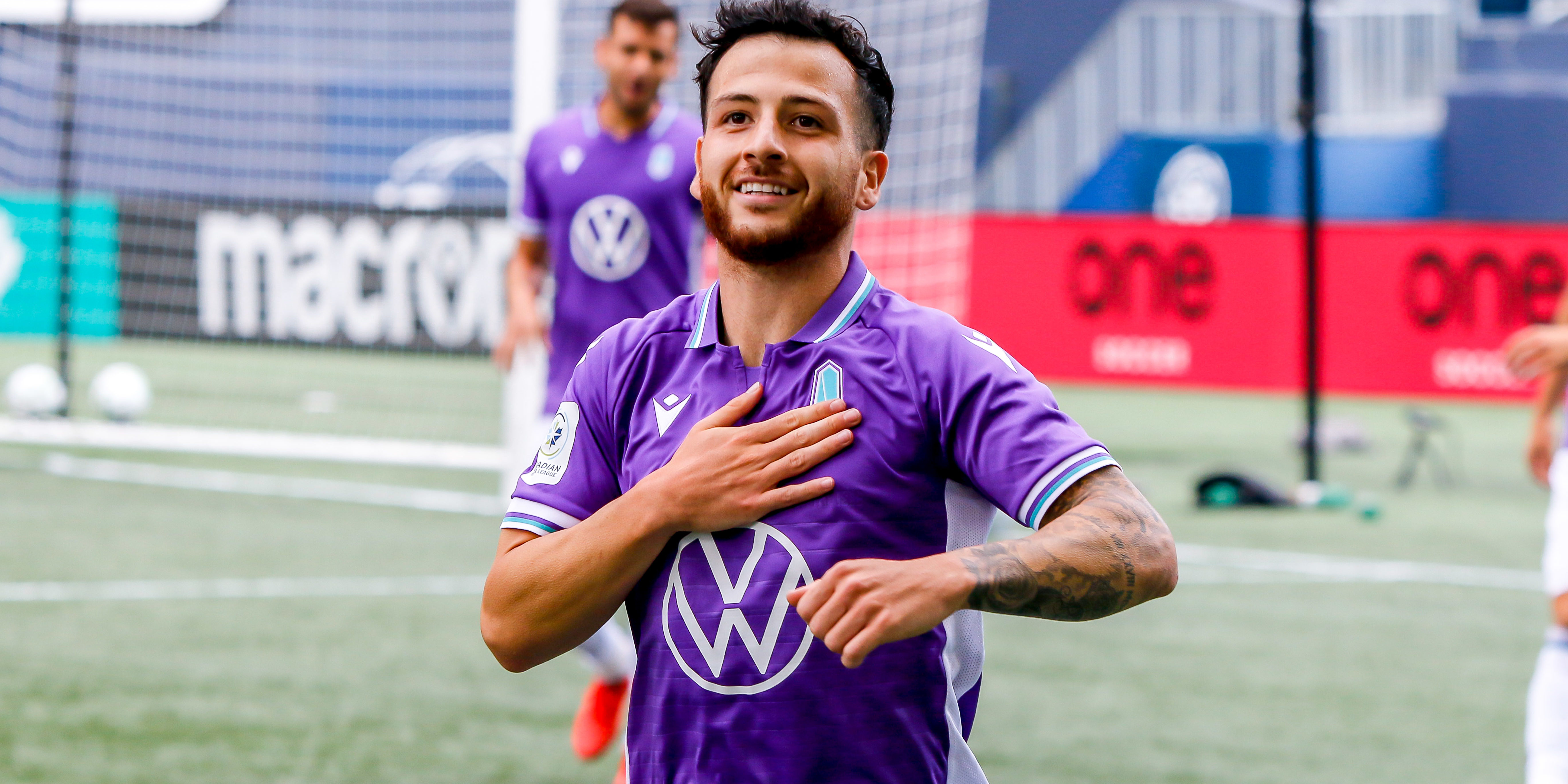 CanPL.ca has revealed that the league’s Player of the Month for July 2021 is Pacific FC winger Marco Bustos.

The 25-year-old Winnipeg native leads the Canadian Premier League in both goals (5) and assists (4), having led his Pacific side to a 6-2-2 record (4-2-2 in the month of July). Bustos has been a force in attack for the Tridents, who recently made a triumphant return to their home Starlight Stadium with two consecutive wins over Cavalry FC and Valour FC, respectively.

Bustos has been named to the Gatorade Team of the Week four times out of six weeks, and he has been one of the most impressive attacking forces in the CPL so far. He has already contributed some exceptional goals and assists so far, and with Pacific picking up form recently it feels likely that he will only continue to dazzle. Bustos has been the best in the league in generating touches in the attacking third so far, and he has been among the best at beating individual defenders with the ball.

The Pacific star also recently featured in CanPL.ca’s Beyond the Pitch, in which he and Kristian Jack broke down his career and mentality as one of the CPL’s top footballers.

Bustos is the first CPLer to win the Player of the Month award, which will continue to be awarded going forward in this 2021 CPL season.