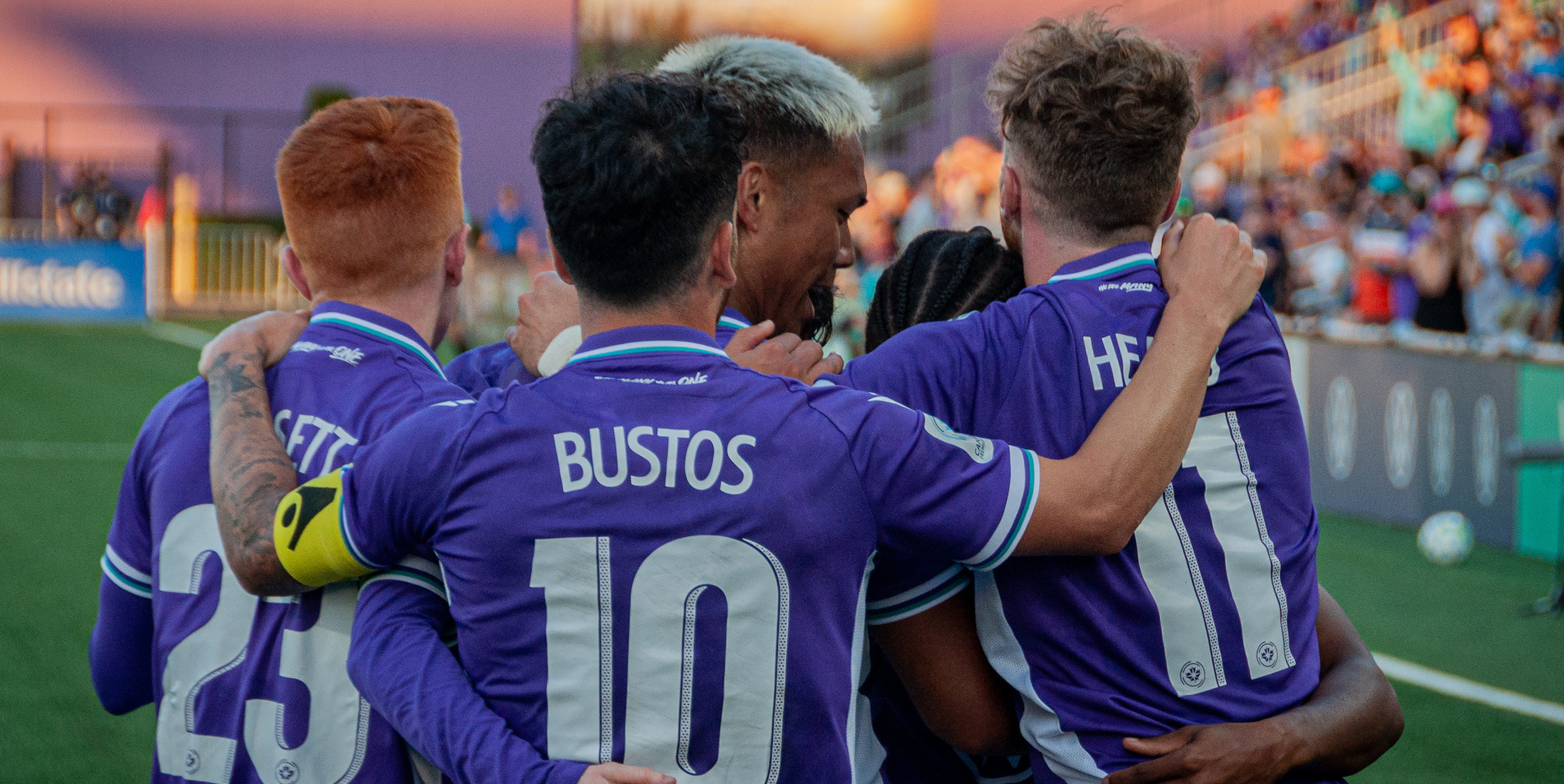 The preliminary round of this year’s Canadian Championship will, at last, come to a close on Thursday with its marquee matchup. The CPL’s Pacific FC will host intra-provincial foes Vancouver Whitecaps FC of MLS in perhaps the most highly-anticipated fixture so far this year in Canadian club soccer.

Both sides will be anxious to topple the other in this one-match knockout tie, with Cavalry FC awaiting the winner in the quarterfinal. The Whitecaps, looking to get their hands on the Voyageurs Cup for just the second time ever (and the first time since 2015), will be under pressure to knock off the CPL opposition, while Pacific are embracing the chance to be giant-slayers and pull off the ‘cupset.’

These teams each had their 2019 run in the Canadian Championship cut short prematurely — and by the same team. Pacific fell 4-1 on aggregate in the first qualifying round to Cavalry, who then went on to beat the Whitecaps over two legs in the quarterfinal of their magical run.

Pacific enter this match as the first-placed team in the Canadian Premier League, now at the midway point of their season with 25 points in 14 games. They lost 2-1 last Friday at home to Cavalry, although they played that game without star forward Marco Bustos and stalwart defender Lukas MacNaughton. Coach Pa-Modou Kah has kept his cards close to the vest on the status of both players, but he hinted on Wednesday that “If we want to use them, we can use them” — perhaps Friday’s night off was a chance to rest key players before such a monumental game this week?

Kah asserted in his pre-match media call that Pacific certainly fancy their chances in this game at home.

That said, the significance of this game for the Van Isle-based side is not lost on the Whitecaps:

“It means a lot, for (Pacific) it means (a lot) for them also, because players want to always prove something, they want to prove that they sometimes belong in higher places,” said Vancouver coach Marc Dos Santos in a scrum on Tuesday. “And we’re gonna play an opponent that has nothing to lose and a lot to gain. We’re aware of that, that’s why we’re not taking this in any form slightly, and that’s why we’re preparing this game like we prepare any other MLS game.”

Thursday’s visitors, the ‘Caps, sit 10th in the Western Conference of MLS, but they’ve been in good form recently (more on that later), but in a single-elimination match, anything can happen. In what’s sure to be a truly special occasion in front of a packed crowd of purple at Starlight Stadium, who knows what magic this Voyageurs Cup classic might bring.

On Pacific FC’s current roster, 12 out of 23 players have a connection to the Whitecaps: 10 played in the club’s academy at the youth level, and six represented them professional for the Whitecaps FC 2 reserve side in USL. Josh Heard was picked by Vancouver in the 2016 MLS SuperDraft, although he never signed with them. Marco Bustos, of course, played 13 times for the ‘Caps first team between 2014 and 2016. Off the pitch, Pa-Modou Kah finished his playing career with the Whitecaps, before starting out as a coach with their academy and reserve sides. Assistant James Merriman spent six years coaching Whitecaps youth sides, and goalkeeper coach Mark Village appeared for Whitecaps 2 in 2017.

All that is to say, this Pacific side has some deep roots in the province’s MLS club. Certainly, all those players would love to beat their former club in what’s sure to be a special meeting of BC professional sides. Of course, it’s also an opportunity for many of these BC-developed players to showcase their talents on a grander stage; many of the Pacific youngsters have aspirations of playing at a higher level, so performing against a bigger club like Vancouver could do wonders for careers.

“I believe for BC it’s great to have two professional teams fighting for a spot in the quarterfinals in the Canadian (Championship),” Kah said. “Canada having its own league and teams playing in it, I think it’s a wonderful affair, and it’s going to be a wonderful affair with everybody in the stadium to create a good atmosphere.”

He added: “We need to compete but we also need to learn from each other and help each other as best as possible, so that we can help young Canadian players grow, develop them, as well as at the club level create that bond and that rivalry; a rivalry is healthy, you need a healthy rivalry in football to get people engaged, get fans engaged.”

The Whitecaps certainly have a lot on the line in this game, as the nominal bigger club and “favourite” on paper. They’ve been in good form in the league recently, with two consecutive 2-1 wins over Austin FC and Los Angeles FC, and they’re unbeaten in eight straight games. As it stands, they’re 10th in the MLS Western Conference, having started slow (particularly while opening their season based out of Salt Lake City, Utah), but they find themselves now just three points out of a playoff spot with a game in hand. That means they’ll need to find a delicate balance between preparing for this one-off knockout game and this weekend’s MLS match with Real Salt Lake — one of the sides they’re pursuing in the table.

Vancouver has plenty of talented players, from new Scottish star Ryan Gauld, to Colombian goalscorer Cristian Dajome, to Canadian international Maxime Crépeau in goal; will they all see the pitch at Starlight Stadium, though? How might coach Marc Dos Santos approach this tie? In their 2019 CanChamp visit to Cavalry FC, Vancouver played a very strong lineup, but kept some stars on the bench. Will they prefer not to risk anything this time around, and put out the strongest possible XI?

“In our locker room it’s kind of an obsession, the dream to win a Canadian Championship is usual in our club,” said ‘Caps boss Dos Santos in a training scrum on Tuesday. “In the last 11 years I think we won one and it’s something that we want to win more. It’s a dream that we have, it’s something we talk a lot about, so at least I don’t see mentalities that are letting their guards down. The players are very focused on the Thursday game.”

Pacific look to ‘play the game, not the occasion’:

This is a matchup that Canadian soccer fans — especially on Vancouver Island — have been dreaming of since Pacific FC was founded. At last it’s here, at a time when the Tridents have the strongest team they’ve ever had in their three years of existence, and they certainly have designs on pulling off the upset. However, with this being (by some margin) the biggest match the club has played so far, it’s important for them to manage how they approach the challenge; one might expect some nerves among the Pacific players, but Pa-Modou Kah stressed in his pre-match comments that they can’t let the occasion get the better of them:

“This is the biggest game in our club history, in terms of, we’re playing the Vancouver Whitecaps, which are in MLS, people look at them as the big brother and we’re the little brother,” Kah offered. “But like I said, for me the game is the game. The only difference is they play in MLS and we play in CPL, that’s all it is, and they have a different budget to us, but when you step on the pitch it’s an 11-v-11 game. So we concentrate on ourselves, we can’t just change because suddenly we’re playing the Whitecaps, that would be totally wrong.

“That’s why I say we aren’t playing the occasion, we’re playing the game. The occasion, for the external part, it is the biggest game. But internally, it’s another 90 minute game for us… Obviously there will be, I like to call it butterflies. And rightfully so, you need to have some good butterflies for this game because for some of the players it’s the biggest game they’ll ever play.”

First meeting between these teams.

“I expect the whole Island to come and support, because this is a massive game for the Island. We have a football club here, and it’s very important that the people of the Island can be very proud of Pacific. All the communities, every human being, even in the indigenous communities, will come out to support because like I said, it’s one club on the Island, that’s what we’re about. I’m expecting Starlight to be rocking, and we need to put out a performance on behalf of Pacific but also on behalf of the CPL.” — Pacific FC coach Pa-Modou Kah