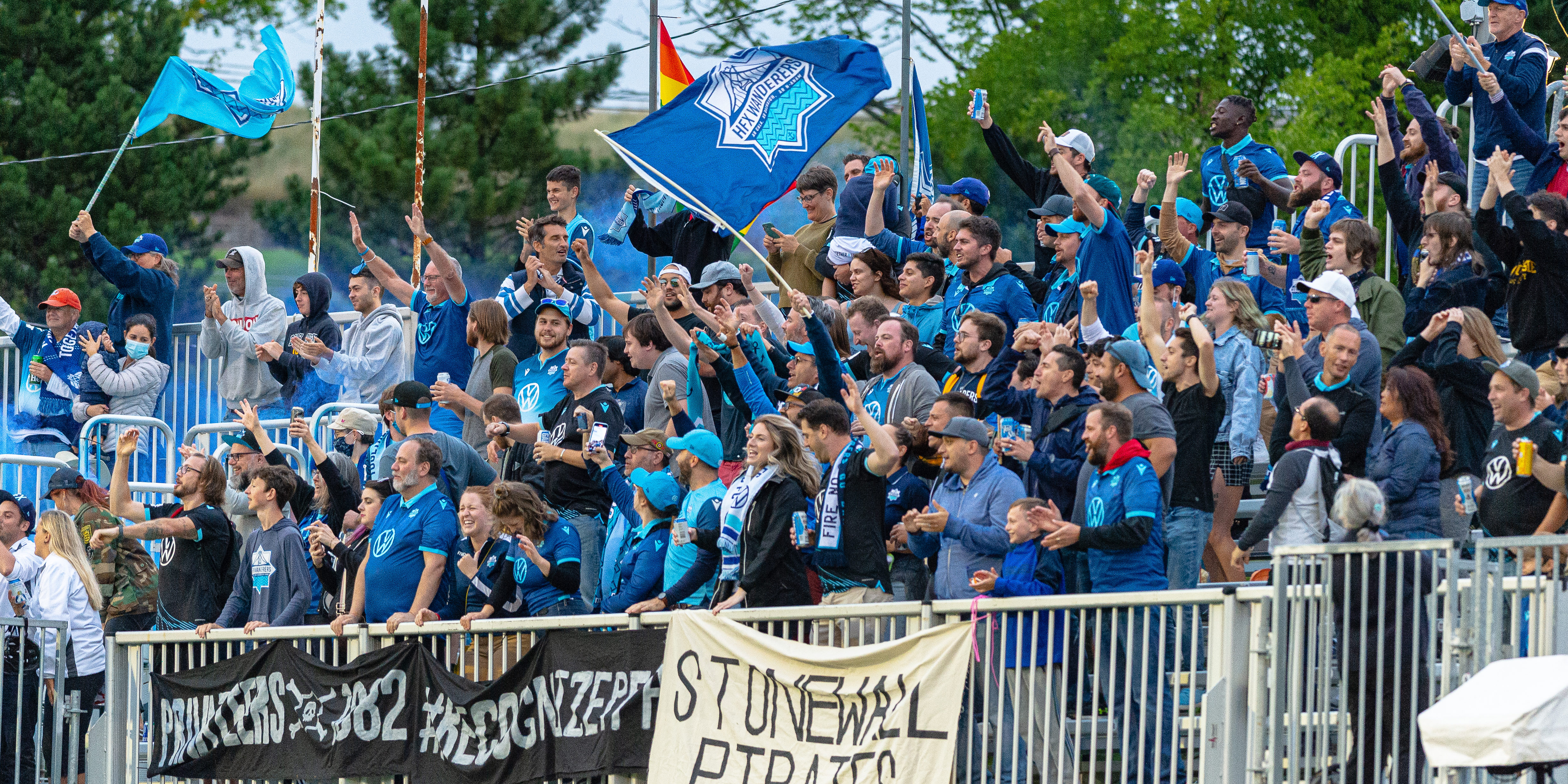 HFX Wanderers FC returned from their road trip on Friday afternoon with a rousing 2-0 win at Wanderers Grounds over defending champions Forge FC.

Stefan Karajovanovic put them on the board early with his first goal for the club, and perennial fan favourite Peter Schaale scored the second off a set-piece to truly bring the Kitchen Party to life in Halifax.

The Wanderers picked up three crucial points in the standings, with another home game coming up on Monday, as they chase down that fourth CPL playoff spot.

Here are your sights and sounds from the Wanderers’ win over Forge.